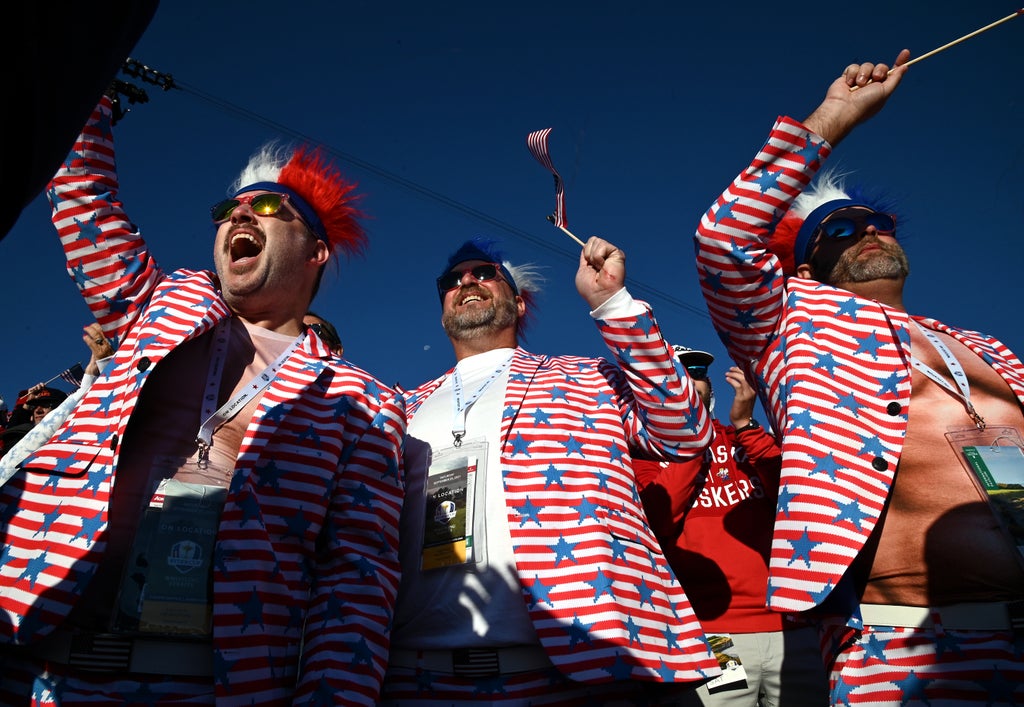 The Ryder Cup took centre stage this weekend, and it was a dominant performance from the USA at Whistling Straits.

Lewis Hamilton claimed a landmark victory at the Russian Grand Prix but Anthony Joshua suffered a painful defeat at the hands of Oleksandr Usyk while there were some big stories in the Premier League.

Here, the PA news agency looks at the weekend in pictures.