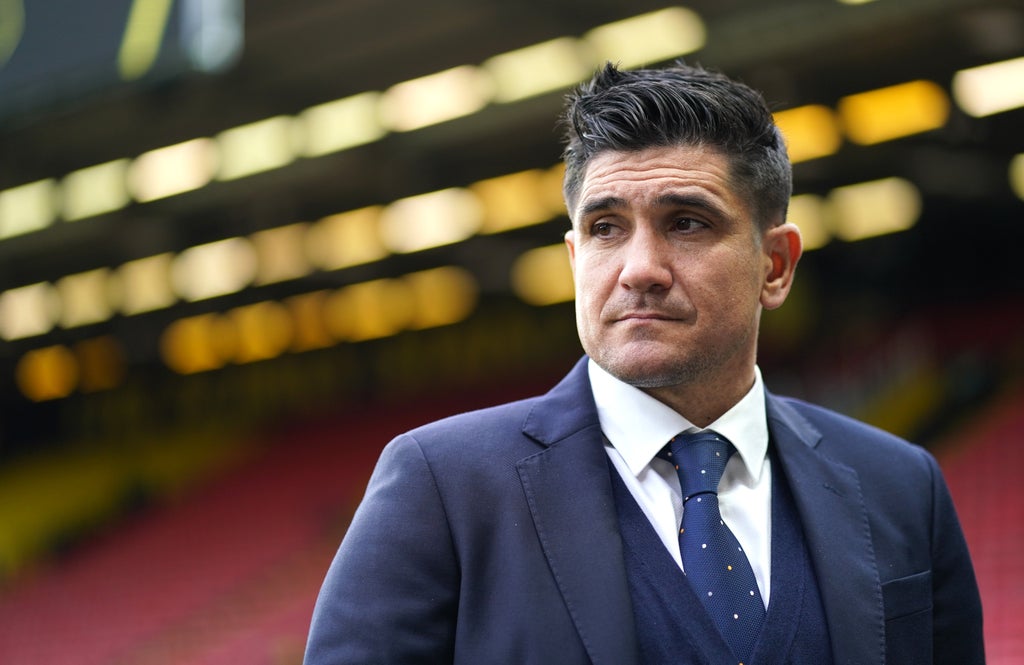 Xisco Munoz admits he did not expect his Watford departure after becoming the first managerial casualty of the Premier League season.

Watford sacked Munoz seven games into the campaign with a club statement saying recent results “strongly indicate a negative trend at a time when team cohesion should be visibly improving”.

Saturday’s 1-0 defeat at Leeds left the club with seven points from a possible 21 and Munoz – who was appointed last December and led Watford to promotion in May – issued his own statement on Sunday evening after leaving Vicarage Road.

“It’s been a wonderful journey and it concluded in a way that I neither expected or wished for,” Munoz said on his personal Twitter account.

“I’m grateful and I will only remember all the good things I have experienced.

“It’s a sad day for me and my family because it marks the end of a period at a club and in a city where we have felt at home.

“I’ve got nothing but words of gratitude for the club that gave me the opportunity to start my first adventure in this exciting country.

“My heartfelt thanks to the players to put blind faith and believing in me and my staff from the first moment so that together we could achieve the dream of promotion to the Premier League.

“And many thanks to all the members of the club who don’t appear on the photos, because they are essential for the proper functioning of this team. You made my life so much easier.

“Finally, I would like to make a special shoutout to the fans. It’s only been a year, but I will never forget its intensity and the treatment you have always given me over the year. I will always be a Watford FC fan.”

Since beating Aston Villa on the opening day of the season, Watford’s only other league victory came against bottom side Norwich last month.

Munoz successfully guided the club back to the top flight with a second-placed finish in the Championship last season.

Yet he has become the latest to pay the price for a downturn in form by joining a long list of managers whose tenure at the club has proved short-lived.

His departure means the Hornets are now looking for a 17th new manager in just over 10 years.

“The board feels recent performances strongly indicate a negative trend at a time when team cohesion should be visibly improving.

“The Hornets will always be grateful to Xisco for the part he played in securing last season’s promotion and wish him well for his future career in football.

“No further club comment will be available until the imminent announcement of a new head coach.”

The club had been fifth in the Championship at the time but were criticised by fans for their overly-defensive tactics.