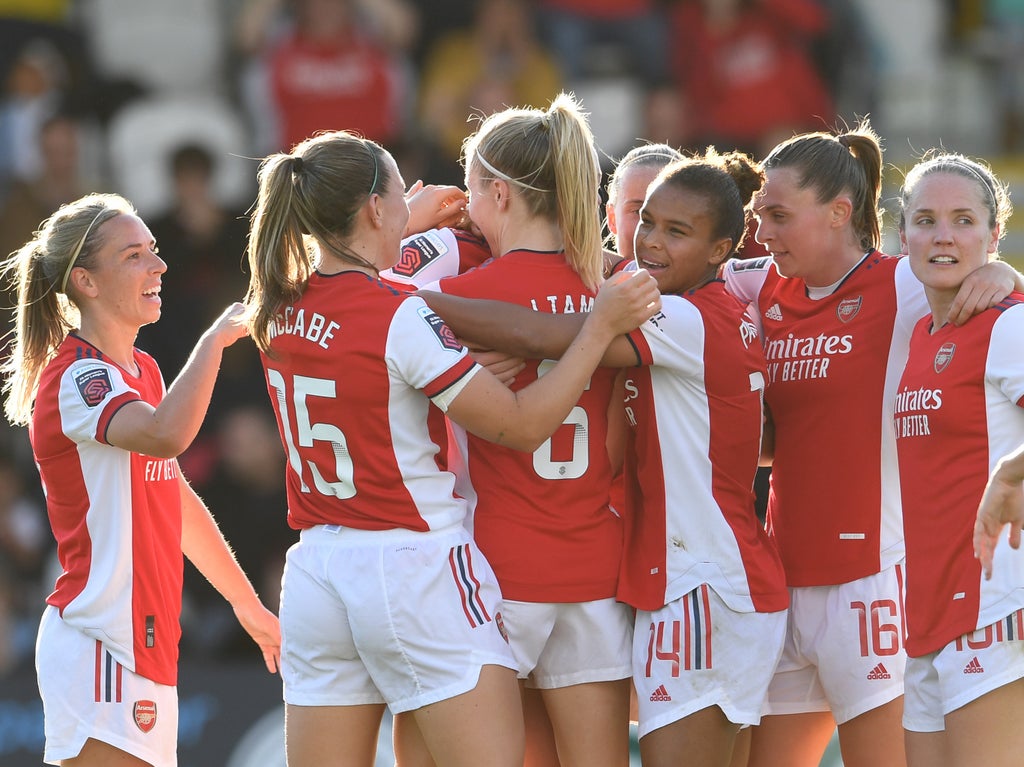 Arsenal remained top of the Women’s Super League this weekend by securing an emphatic 3-0 home victory over Everton, courtesy of goals from Katie McCabe, Lotte Wubben-Moy and Frida Maanum.

The result on Sunday kept the north London side five points clear of second-placed Chelsea, who required late goals from Pernille Harder and Fran Kirby to see off visitors Leicester 2-0.

Meanwhile, Tottenham stayed level on points with Chelsea but are below them in the table on goal difference after their 2-1 loss at Brighton.

Rachel Williams was sent off for Spurs in between Brighton’s goals from Lee Geum-min and Victoria Williams, with Kit Graham netting a late consolation for Tottenham.

Elsewhere, West Ham drew 1-1 against visitors Birmingham, as Claudia Walker’s goal for the hosts was cancelled out by Louise Quinn’s finish.

Reading rounded out Sunday’s WSL results by easing past Aston Villa 3-0, thanks to goals from Amalie Eikeland, Rachel Rowe and Natasha Dowie.

On Saturday, Manchester United drew 2-2 at home to rivals Man City. Georgia Stanway was sent off for the away side in the first half, just moments before Khadija Shaw opened the scoring for them. In eight intense second-half minutes, Lucy Staniforth and Alessia Russo scored for United before Ellen White netted an equaliser for the 10-woman visitors.