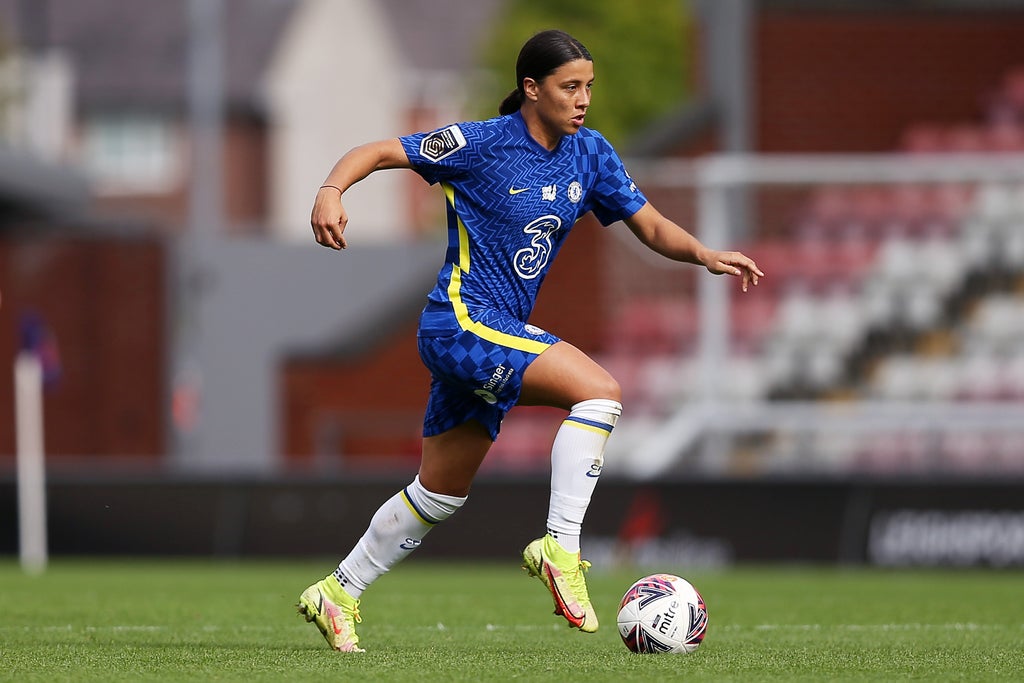 The Women’s Super League season has seen much talk about the lack of VAR after controversial decisions in each of the three rounds so far.

The opening weekend saw a ghost goal from Reading in their 2-0 defeat to Manchester United and Arsenal’s Beth Mead was clearly offside when she scored her club’s winner against Chelsea but it stood.

Round two saw an unbelievable call in Spurs’ win over Manchester City, their first home defeat in the league since 2018. A Tottenham player, Rosella Ayane, handled before the ball was knocked in by City’s keeper Karima Benameur. And the third round saw another goal stand that shouldn’t have as one of Sam Kerr’s two against United was offside.

There are no plans to introduce VAR to the league despite Chelsea boss Emma Hayes saying she felt they were “second-class citizens” for not having the technology.

City will be hoping a decision doesn’t go against them again as they look to revive their season which has been blighted by injury. The club had 10 players out in the opening rounds, including Lucy Bronze, Ellie Roebuck and Hayley Raso, but some stars have now returned to action.

Keira Walsh and Caroline Weir are back and available for their clash against West Ham on Sunday. It will be a chance to get their campaign back on track after Arsenal condemned them to their worst ever league defeat last Sunday, in a 5-0 result.

City will be favourites as despite the Hammers’ win over Leicester City last Sunday, their form is shaky and it would be a major upset if they came out victorious over Gareth Taylor’s side.

Meanwhile, defending champions Chelsea look to extend their winning streak against Brighton on Saturday. Hope Powell’s side have enjoyed a much improved start to the season, losing just one match, and so the clash is set to be a thriller.

Top of the table Arsenal will take on Aston Villa on Saturday and the Gunners will aim to further their perfect campaign as they haven’t dropped any points so far. Villa will pose a threat, but after Jonas Eidevall’s recent results it wouldn’t be a surprise if Arsenal steamrolled their opponents.

Spurs are another team yet to lose a match this league campaign and they play newcomers Leicester City on Sunday. City are looking for their first win of the season and they could find it against Tottenham, who will be hurting from the 5-1 Women’s FA Cup defeat handed to them by rivals Arsenal on Wednesday.

Elsewhere, Reading will take on Everton and Marc Skinner’s Manchester United will travel to Birmingham City with both matches taking place on Sunday.