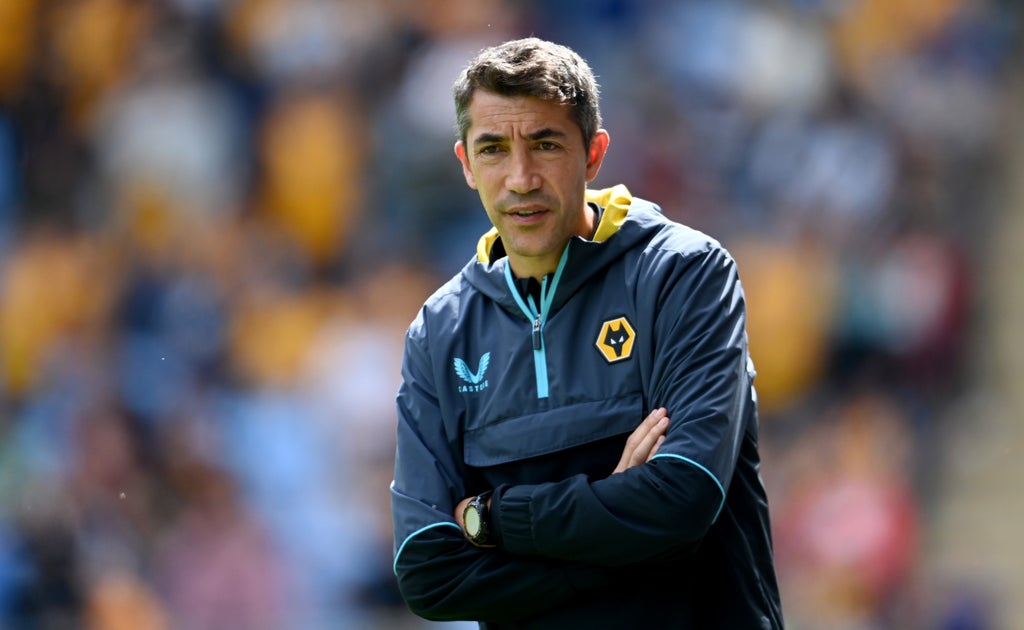 Wolves manager Bruno Lage will be hoping the result goes his way as his team line up to face Tottenham in the Carabao Cup on Wednesday night.

The boss hasn’t been happy with the decisions that have gone against his team so far this season and he vented about them after Wolves lost 2-0 to Brentford in the Premier League on Saturday.

He said: “I’m not complaining about nothing, I need to be honest after these five matches. Some of these decisions against us were very disappointing.

“Against Tottenham one penalty against Raul (Jimenez), nothing happened, against Man United everyone saw what (Paul) Pogba did to Ruben (Neves) and today (Ivan Toney’s penalty).”

Lage will be hoping the tide turns and he can be the one celebrating at the end of Wednesday’s match. Here is all you need to know about the fixture.

The match will kick-off at 7.45pm BST on Wednesday, 22 September at Molineux.

Is the match on TV?

The fixture is not available for fans to watch in the UK but highlights of all the Carabao Cup matches will be shown on Quest TV from 10.30pm on Wednesday.

For Wolves, Pedro Neto and Jonny Otto remain out injured and Hugo Bueno has a hamstring problem.

While for Tottenham, Japhet Tanganga returns from his suspension but Steven Bergwijn and Lucas Moura are unlikely to feature due to ankle issues.

Hurting from their 3-0 defeat to Chelsea on Sunday, a wounded Spurs are sure to come out firing and Wolves will hope to weather the storm. They may have the home advantage but with firepower like Harry Kane and Son Heung-min, it could be another loss for Lage’s side. Wolves 0-2 Tottenham.