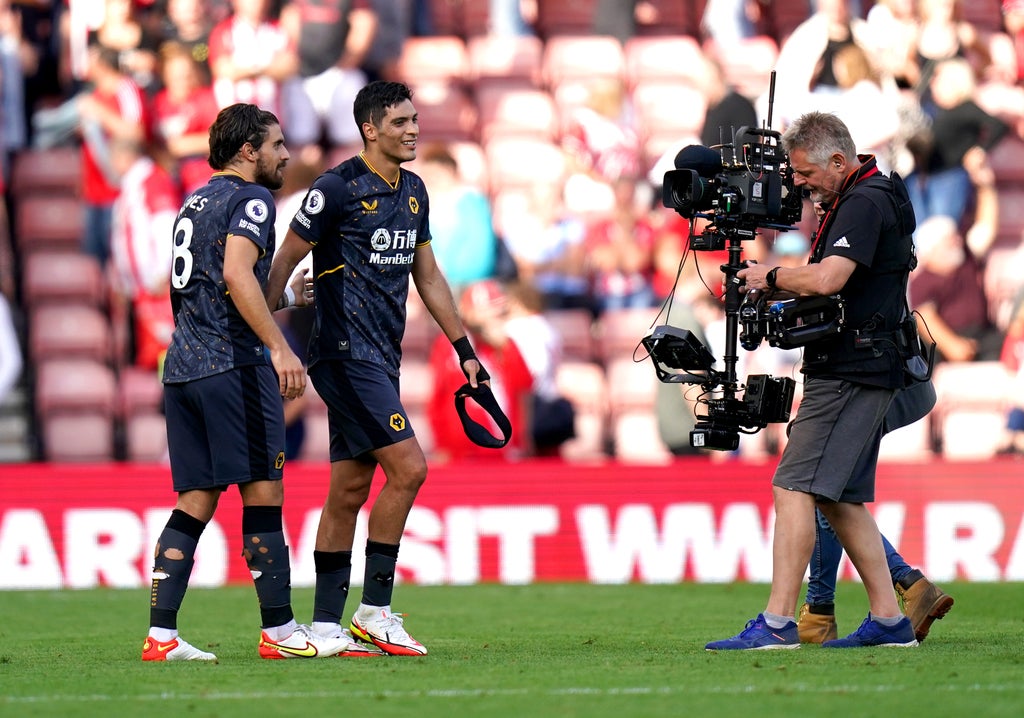 Wolves boss Bruno Lage has praised Raul Jimenez’s attitude and insisted he is an example of how to live life.

In Wolves’ 1-0 win at Southampton last weekend, the striker scored his first goal since suffering a fractured skull in November.

It was his first goal in 336 days, having recovered from the life-threatening injury following a clash of heads with David Luiz at Arsenal.

Wolves now welcome Newcastle to Molineux in the Premier League on Saturday and Lage believes Jimenez has the perfect outlook.

He said: “The way he is as a man, he is doing everything calmly. He is a good example, you can be a top player and also a top man. He is comfortable because, after what happened, he is living day-by-day, enjoying the moment and the goals will come.

“He knows now he needs to score more goals for us and we are here to support him, the fans are there to support. It builds more confidence.

“He is enjoying the moment and I think it is the best way to live our lives like that, in the moment, and not to think what will happen in the future.”

Yerson Mosquera is out for up to five months with a hamstring injury while Pedro Neto and Jonny (both knee) are sidelined. Rayan Ait-Nouri is available after sitting out the win at St Mary’s with concussion.

Wolves are yet to win at Molineux this season and Lage would be happy if they played poorly and were victorious against the Magpies.

“If you said that would happen I would sign it, you play badly and win. But I think the team will play better,” he said.

“It’s not just playing with the ball, sometimes we play well when we do but we are not doing right things when we don’t.

“I say to my players every day, if Jose [Sa] does a long ball to Raul and he scores it’s good because he has seen the space behind the defenders.”