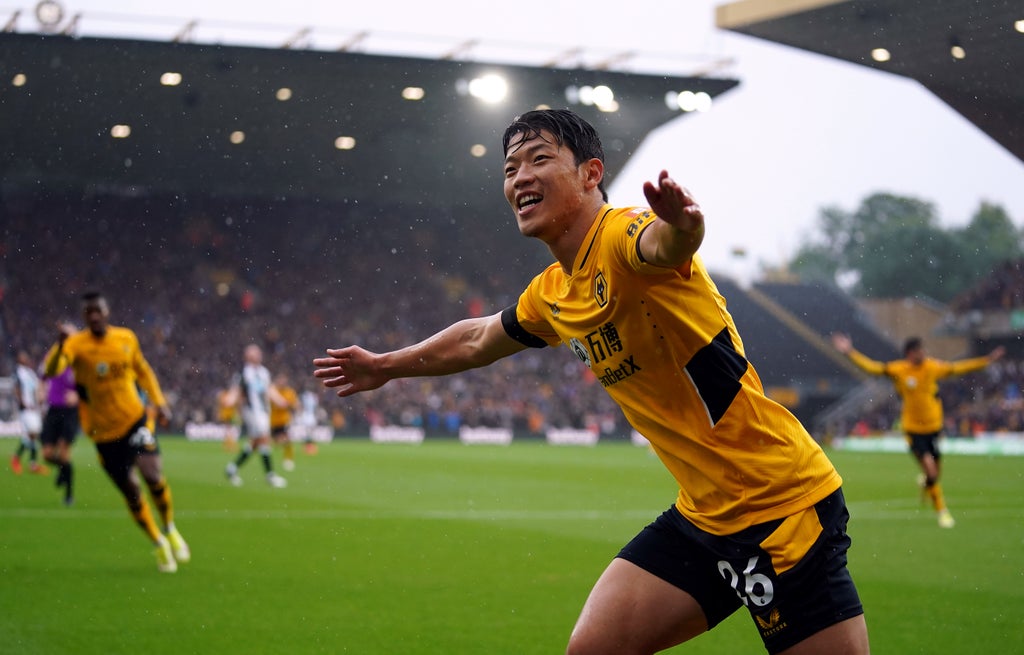 The forward’s brace earned the hosts a scrappy 2-1 victory at Molineux on Saturday.

Jeff Hendrick levelled in the first half but Wolves comfortably saw the game out after Hwang’s second-half winner.

They have now won three of their last four games and climb to 10th in the Premier League after their first top-flight home win, and goals, of the season.

On-loan RB Leipzig hitman Hwang has three top flight goals and Lage knows he will be key to Wolves’ hopes this term.

He said: “He has adapted to the Premier League, he fits our way of playing because we need a player like him.

“I believe the players want to play with the ball. Top players can enjoy our game and he is a top player, like the other guys.

“I knew him before because when I was at Benfica I had some reports on him. But it’s not just about Hwang, what I want is to take the best from all the players.

“It was a good feeling during the 90 minutes. We created a lot of chances. We found the right spaces to go and when you look back at the way we scored the two goals it’s a good feeling from our side.

“We created the best chances to win the game.”

Hwang struck after 20 minutes when he combined with Raul Jimenez to slip the ball low past Newcastle goalkeeper Karl Darlow.

Wolves should have settled a scrappy game five minutes before the break when Hwang found Francisco Trincao in the area but the unmarked forward slammed his shot against the bar.

Just 73 seconds later Newcastle levelled to leave the hosts fuming. Jose Sa was injured in a challenge with Joelinton but Wolves had chances to clear, with Ruben Neves losing the ball, and Hendrick drilled into the corner from 25 yards.

Sa prevented Allan Saint-Maximin putting the Magpies 2-1 up early in the second half with a smart save, before Wolves snatched the points after 58 minutes.

Jimenez turned Sean Longstaff and beat Isaac Hayden to find Hwang and the South Korea international kept his cool to finish past Darlow.

The Magpies now sit second bottom and are still searching for their first league win of the season.

Boss Steve Bruce said: “There was nothing in it either way. I didn’t think we deserved to get beaten.

“The first thing I always do is analyse myself, could I do anything differently? I always analyse that. We will have a look at the game, I didn’t think we deserved to get beaten but I have said that too many times.

“It is another one which has crept away from us. We’ll go to work again and hopefully we can get some of our injured players back.

“We are in the Premier League, we are one of four (sides) who haven’t had the win. We are still searching for it.

“It’s been so close but I keep saying the same thing, I didn’t think we deserved to lose.”