Chicago Sky coach James Wade sent a message louder than any statement with a single gesture during a news conference following his team’s WNBA championship win on Sunday.

Wade, who coached and managed the Sky to their first title in franchise history, was asked what it meant to be in this moment as a Black coach — as a Black man. He reflected on how the achievement was not just for himself as the third Black male coach in WNBA history to win a title, not just for his son, who flew in with Wade’s wife from France to watch his father in this historic moment.

Wade then turned the bill of his cap backward, where it stayed for the duration of the news conference.

“We haven’t started yet, have we?” Wade asked Copper, referring to the impending champagne celebration in their locker room.

Copper sat to the left of Wade and reminded the media of the added importance of Wade’s triumph with the Sky. Said Copper: “I’m sorry to interrupt, but we are waiting for the general manager so we can celebrate.”

Besides leading the Sky on the court, he also led the team in the front office. Of course, Wade signed Candace Parker — one of the biggest free-agent signings in WNBA history. He re-signed the backbones of the franchise in Allie Quigley and Courtney Vandersloot. He traded for Azurá Stevens, who proved to be an X factor for the Sky this postseason.

Before becoming a head coach in 2019, Wade, who served as an assistant coach in the WNBA since 2013, spent four years in San Antonio and two in Minnesota, where he won a championship under Cheryl Reeve.

While Wade should be applauded for the job he has done with this franchise, it’s also fair to add that the foundation of this team was built before he arrived in Chicago, and done so by the two general managers (who also simultaneously held the title of coach), both Black women, who preceded him. Collectively, three Black general managers helped to construct what ultimately became a championship team.

“It really brings a collective warmth. Think about it in those terms, it says a lot about us in terms of being ready and available for that moment,” said former Sky general manager and coach Pokey Chatman. “It makes me smile because it needs to be talked about and needs to be credited on all sides. … In context, I love it because we’re always talking about the makeup of the league, and this is representation on the court and in the boardroom.”

Chatman, who was the general manager and head coach of the Sky from 2010 to 2016, and the last Black head coach to appear in a WNBA Finals before Wade, played a critical role in creating the foundation of the 2021 championship team.

Chatman’s first draft pick as general manager of the Sky was Vandersloot, taken No. 3 overall in 2011 — a move Chatman says caught a lot of people off guard and was criticized at the time.

As a coach, she helped to develop Vandersloot on the court. Before Game 4 on Sunday, Swin Cash took to Twitter to attest to Chatman’s impact on Vandersloot’s game.

“I thought she was going to be a special player. She’s really rewriting the record books and owning the moment. … It wasn’t a difficult choice, but not very popular,” Chatman told The Undefeated this week.

Vandersloot has since cemented her place as one of the top point guards in WNBA history.

Chatman was also responsible for signing Quigley, who was cut in 2011, didn’t play in the WNBA in 2012 and was signed by Chatman after she saw Quigley while coaching overseas in Russia. Quigley would become a two-time Sixth Woman of the Year under Chatman and has since become a three-time All-Star, three-time 3-point shooting champ and one of the best markswomen in the WNBA.

Then there’s Amber Stocks, who was hired by the Sky after Chatman was let go following the 2016 season. One of Stocks’ first major decisions as general manager was to navigate a deal for then-Sky star Elena Delle Donne, who forced a trade out of Chicago. Stocks traded Delle Donne to the Washington Mystics. In return, Stocks acquired the No. 2 pick in the 2017 draft, Stefanie Dolson, and Copper, who had just finished her rookie season, averaging 6.2 points and 3.1 rebounds per game for the Mystics. 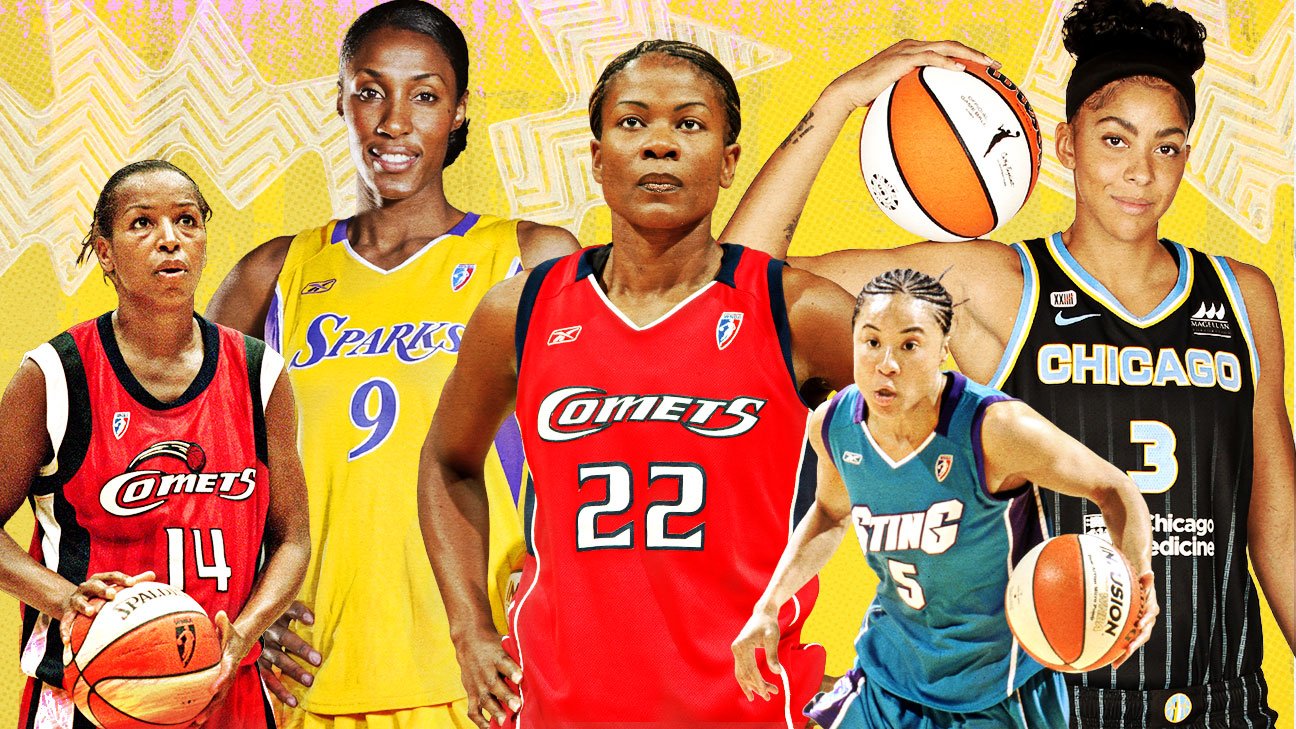 The complete history of signature sneakers in the WNBARead now

Dolson would become an All-Star her first season in Chicago. Copper had her breakout season in 2020, averaging 14.9 points, 5.5 rebounds and 2.1 assists for the Sky. In 2021, she led Chicago in scoring in both the regular season and postseason, marked by a terrific playoff run that ended in Copper being named the WNBA Finals MVP.

Both Stocks and Chatman are waiting for their next opportunities in the league.

Since being let go by Indiana after three seasons as general manager and head coach of the Fever, Chatman said she has not been contacted by any teams for a general manager position, adding that she’ll always listen should a team inquire.

“Can a coach like myself, who has over 20 years of experience, who has known since she was a child that she wanted to coach basketball, get another opportunity regardless of the degree of melanin in their skin?” Stocks said. “I’d like to believe yes. I choose to believe yes.”

When it comes to hiring more Black general managers in the league, Chatman said that it’s a combination of a still relatively new WNBA with a small candidate pool for owners to pull from.

“How do you get experience in that if you hadn’t had it,” Chatman said. “I think that’s a little more nuanced than the basketball [coaching] part. But, hey, I’m greedy, I hope it gets to five to seven to 10 to 12.”

Chatman credited longtime Sky principal owner Michael Alter, not for hiring consecutive Black coaches and general managers because of their race, but for selecting qualified candidates who “just happened to be ready for the moment, needed for the moment, and Black.”

With a Black coach atop the league as a WNBA champion, the recent hiring of Tanisha Wright as head coach of the Atlanta Dream and the presence of five Black coaches in the WNBA, the most since 2017, there is optimism about more opportunities for Black coaches and executives. Chatman’s message to those qualified Black candidates: Be ready when that opportunity comes knocking.

“No one’s asking for what they’re not qualified for, they’re just asking for the same fair shot to show that they are ready to take that role on,” Chatman said.

Sean Hurd is an associate editor for The Undefeated. He believes the “flying V” is the most important formation in sports history.