The three-time Wimbledon champ and former men’s number one filed for bankruptcy in June 2017 after accumulating debts of almost £50 million. According to Southwark Crown Court, Becker (pictured above) transferred roughly €427,000 (£390,000) from his business bank account to private accounts such as that of his ex-wife Barbara Feltus.

The Wimbledon BBC commentator also hid a £1 million property in his home town in Germany, an €825,000 (£700,000) bank loan and 75,000 shares in a technology company (valued at £66,000). He was found guilty of his crimes at Southwark prison last week and was sentenced to two-and-a-half years. However, Becker will only serve half of his sentence.

However, this isn’t the first time that Becker has appeared in court over financial foul play. In Germany in 2002, he has given a two-year suspended sentence after being found guilty of tax evasion and attempted tax evasion crimes worth around €1.7 million (£1.4 million). His current sentence is for four crimes under the Insolvency Act which occurred between June 21st and October 3rd, 2017.

The Wimbledon Champ is Struggling to Adjust to Prison Life

Since the 54-year-old was taken to his cell at Wandsworth jail, it has been revealed that he has struggled to come to terms with its conditions and prison life in general. The Wimbledon champ is well known for living a lavish lifestyle and enjoys luxuries like cigars, expensive wines and steak. But, according to sources he was served corn beef on his first night in prison. The father-of-four made his opinion of the prison food clear after he complained about the quantities on offer and has been using his £10 weekly allowance to purchase snacks such as bananas, chocolate and biscuits from the prison canteen.

World number one Novak Djokovic has said he is ‘heartbroken’ over the German’s prison sentence, adding “He’s a friend, a long-time friend, a coach for three, four years, someone I consider close in my life and has contributed a lot to my success in my career”. The Wimbledon champ joined Novak’s entourage in December 2013 and in the space of three years coached the Serb to a whopping six Grand Slam titles. Djokovic was also in the media’s spotlight earlier this year after he was booted from Australia over failing to declare his vaccination status ahead of the Australian Open.

“I couldn’t believe what I was hearing”

Lilly Becker, the estranged wife of the tennis legend and Wimbledon Champ Boris Becker has opened up about how she felt ‘heartbroken’ by her husband’s sentencing. She expected Boris to receive a lighter punishment but was left shocked when he was given two-and-a-half years behind bars. “I couldn’t believe what I was hearing because I was convinced until the judge made her verdict that he was going to get a little bit lighter”, Lilly said on Talk TV’s Piers Morgan Uncensored.

Lilly and Boris Becker have a 12-year-old son together named Amadeus. She delivered the news to her son about his father in the safest way possible. “I had to keep it together and I don’t know how I did it”. Lilly told her son that Becker didn’t follow the law and now he’s on the ‘naughty step’. Lilly admitted that breaking the news to her son about the sentencing was one of the hardest things she has ever had to do: “It was the hardest thing I had to do with a 12-year-old”.

The Wimbledon champ has now been locked up at Wandsworth prison for almost two weeks. However, he will be moved to a slightly less brutal low-security prison in the coming weeks where he will serve the remainder of his sentence. 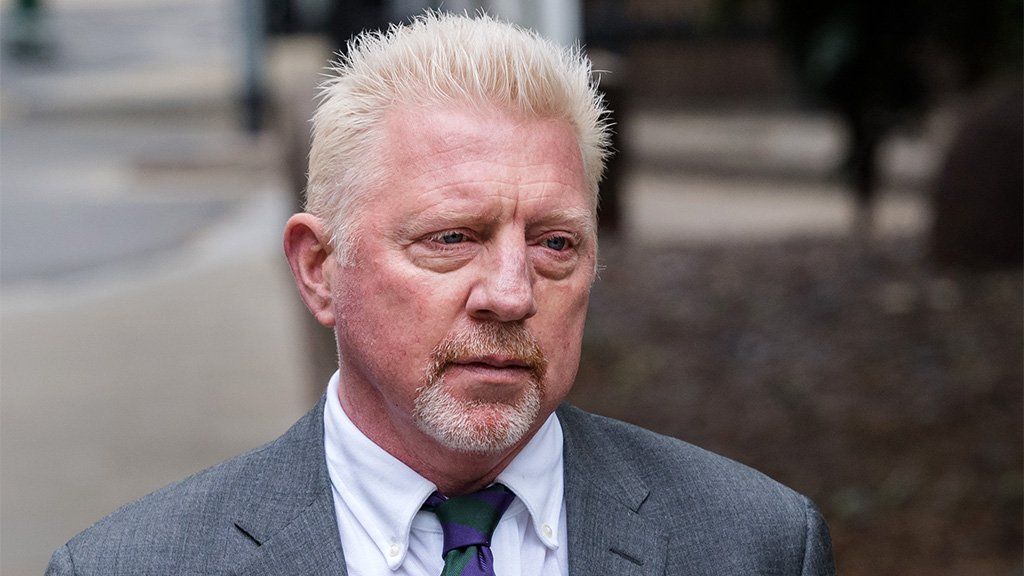