The last two years for the NHL have been some of the most challenging in its history.

The coronavirus pandemic forced the NHL into contained bubbles, and the league stumbled to address the Black Lives Matter movement in June 2020. Fall 2021 brought the troubling Kyle Beach sexual assault investigation to the forefront. Positive momentum is needed as the NHL aims to repair the image of hockey culture and grow its game beyond a predominantly white audience.

That momentum looked like it might be in the form of the participation of NHL players at the Olympic Winter Games in Beijing in February. The late 2021 onset of the omicron variant, however, robbed players of the opportunity to represent their home countries and fans the chance to cheer them on. The NHL and the players’ association announced that players wouldn’t participate in the Winter Games.

On Saturday, Las Vegas will host the NHL All-Star Game, and it looms as a pivotal moment for the league as it seeks to repair its reputation while continuing down its path to diversifying its audience and creating renewed excitement around the game.

The NHL has a peculiar history with its musical entertainment for All-Star games. The league has yet to consistently integrate hip-hop music and culture, but in 2012, the NHL had Drake perform during its All-Star Game in Ottawa, Ontario. Although Drake was well on his way to superstardom following the release of his Take Care album, he was far from the Billboard Hot 100 record holder he is today.

“I think hip-hop culture plays to a lot of what we have in our game,” said Steve Mayer, the NHL’s chief content officer.

The NHL’s players gushed over the opportunity to meet the 6 God, including Kris Letang, who said at the time: “I’m a huge Drake fan, and I love his music, and I’m a big hip-hop guy. It was great to be that close and watching him.”

Machine Gun Kelly will perform during intermission at this year’s game. And while Machine Gun Kelly’s origins may have been rooted in the underground hip-hop culture of Cleveland, he is about as far as you can get from those streets now, since he is woven into the fabric of celebrity culture thanks to his engagement to Megan Fox.

The Drake moment seemed like the perfect opportunity for the NHL to double down on its relationship with hip-hop culture and Black artists, to appease its players and to diversify its audience. Instead, the years that followed were performances from a mix of divisive artists such as Kid Rock, well past his prime when a 2018 performance ignited a backlash against the league due to his anti-transgender comments and prominent displays of the Confederate flag.

“Like, I think where we have made mistakes in the past, in just speaking to ourselves,” said Mayer. “A lot of times, we talk to our audience, and we try to serve them, yes. But we also want new audiences.”

Las Vegas was supposed to host the NHL All-Star Game last year, but the game was postponed due to the spread of COVID-19 and the ongoing pandemic.

“There are other cities we couldn’t do some of the things we’re going to end up doing in Vegas,” Mayer said of the NHL’s plans for the game. “We’ve got to go into Vegas and catch people’s attention, and we’ve got to do something special.”

The league plans to shut down the Las Vegas Strip for two unique, Vegas-only skills events during the game. The first will occur at the world-famous Fountains of Bellagio, where what looks like an ice hockey rink will be built in the fountains, and players will participate in a saucer pass game. The second will take place on the Vegas Strip, where players will play a blackjack game by shooting at 52 cards, aiming to score 21.

“We’re adding those and think they’ll be really different,” Mayer said. “We think the players who participate are just going to love it.”

Despite these ambitious plans and the advantageous location of Las Vegas, the NHL is in a challenging spot when it comes to the presentation of the actual game. Unlike the NBA All-Star Game, where players sit casually courtside in high fashion and street clothes, NHL players are in full gear, essentially indistinguishable from each other, crammed onto a bench as they are during regular-season games.

“All our guys are in uniform because they’re about to go on the ice in the event,” Mayer said. “It would be so much cooler if Auston Matthews or Connor McDavid were in cool clothes.”

It’s that indistinguishability and lack of differentiation of players that have been part of the league’s challenges in previous years in growing the game and its audience. One of the most significant missed opportunities for the NHL to capitalize on hip-hop culture was in the 1990s, when videos featured rappers wearing hockey jerseys. Craig Mack could be seen wearing a Tampa Bay Lightning jersey in the “Flava in Ya Ear” video.

“Charles Barkley once said to me that there was a point where he was talking to anybody that would listen that the way to get to my community was through fashion,” Mayer said of a discussion with his friend. “Like, everybody was wearing a jersey. Look at the music videos from that era. I’d love to figure out a way to bring all that back.”

Kerry Bubolz, president of the Las Vegas Golden Knights, the host team of this year’s All-Star Game, agrees that fashion needs to play a role as the league aims to expand its audience.

“As our league evolves and tries to expand into more diverse audiences, fashion is a part of that,” Bubolz said. “We’re extremely strong on a local and regional basis, but if you think about the NBA or the NFL, there is another level.” 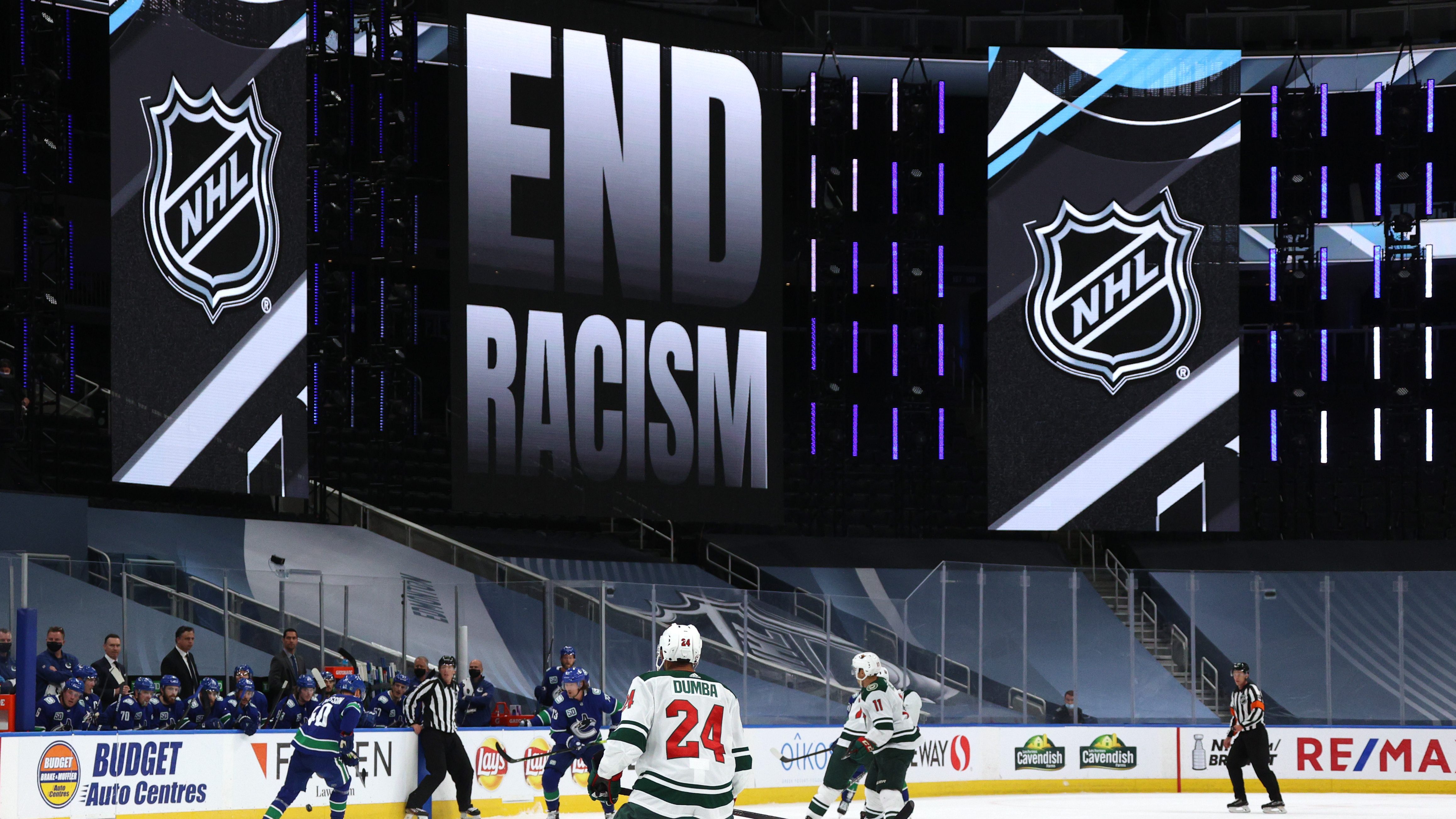 The NHL is aware of fashion being a pathway into other audiences and notes that this year’s All-Star Game will allow the players’ sense of style to shine through in ways akin to how the NBA’s walk-ins are many times a highlight of games.

“We are building a unique pathway to take advantage of that,” said Mayer of the pseudo-runway being built for this year’s game. “A lot of them [players] like to share clothing, lifestyle and fashion. I find at All-Star they’re much more expressive than sometimes they are otherwise, and they bring their best outfits to kind of show off.”

Despite the adversity faced by the NHL over the past two years, a shift is happening both on the ice and in the league’s marketing. Whether it was the Lightning starting the first all-Black line in NHL history on May 10, 2021, the league’s improved diversity and inclusion practices, or its social media accounts highlighting rappers such as TDE’s ScHoolboy Q as hockey fans, there is an understanding that if hockey is going to be for everyone, as a recent league campaign stated, then it needs to be reflected in practice.

While these are positive steps, recent incidents of white players making mocking monkey gestures at Black players Bokondji Imama and Jordan Subban show that hockey culture and the game still need to be stabilized.

“There is no room for it in our game. I’m embarrassed, because our game is better than this.”