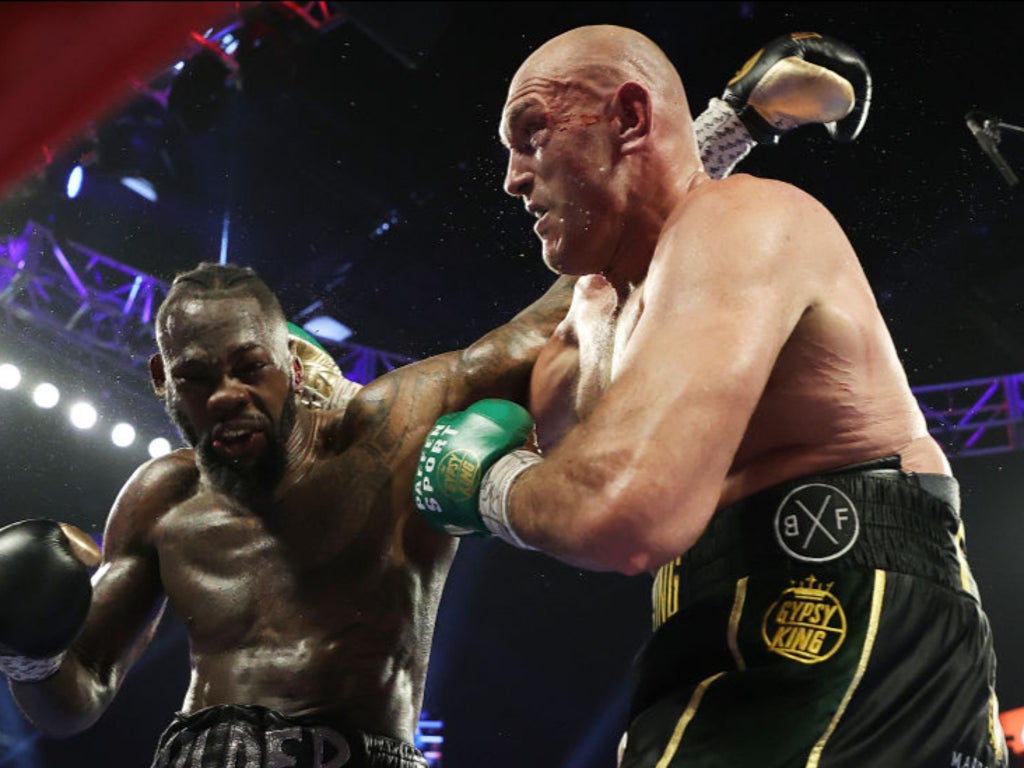 WBC champ Fury had looked close to finalising an all-British bout with Anthony Joshua, then-holder of the WBA, IBF and WBO crowns, to put all four world titles on the line in Saudi Arabia.

But it is instead a trilogy fight with Wilder that is now on the cards, with Joshua since going on to face – and lose his titles to – Oleksandr Usyk in September.

Upon confirming the deal, Fury was immediately bullish about victory, saying: “Wilder, contract’s signed, you’re getting smashed. When I say smashed, I mean smash, smash, smash. You’re getting knocked out, end of, one round, you’re going, I’ve got your soul, your mojo, everything. I own you.” However, the original fight date for summer was postponed after the Brit tested positive for coronavirus, and a new fight date was set.