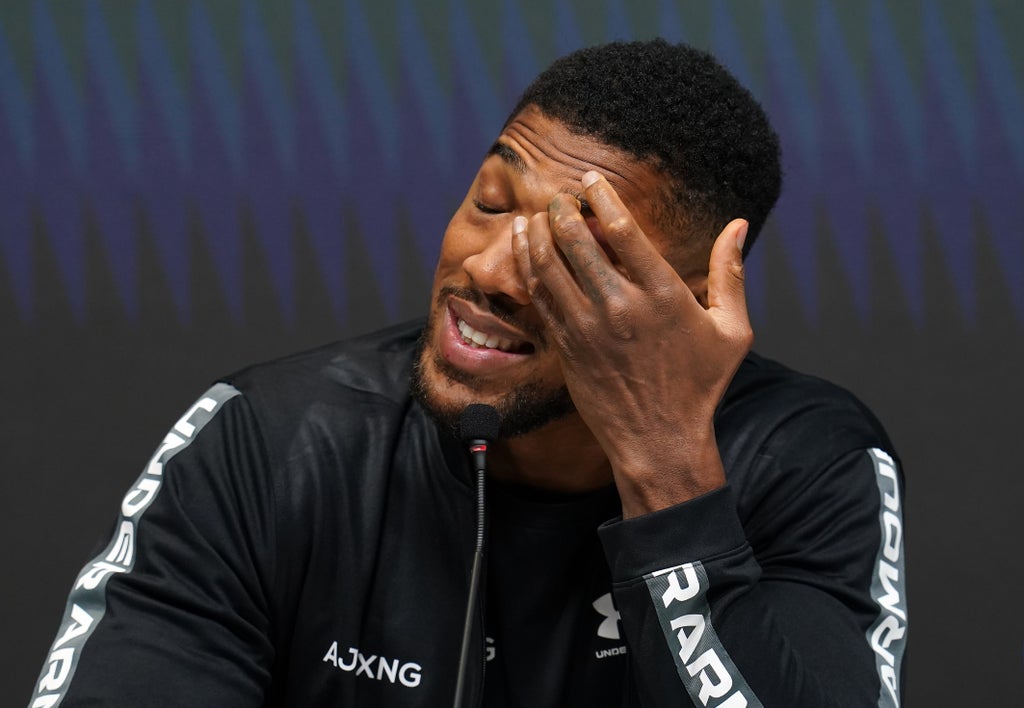 Anthony Joshua is no longer world heavyweight champion after being outclassed over 12 rounds by Oleksandr Usyk who claimed the WBA, IBF and WBO titles with a unanimous decision win at Tottenham Hotspur Stadium.

More than 66,000 fans descended on the north London venue in the hope Joshua would move a step closer to a showdown against domestic rival Tyson Fury but the Briton was beaten by the smaller man on Saturday night.

Here, the PA news agency looks at what occurred at the weekend and the likely fallout.

Usyk was giving up three inches in height, four in reach and nearly 20lbs in weight but seasoned observers knew the former undisputed cruiserweight champion’s brilliant technical skillset would pose problems. It proved that way with Joshua, favourite with the bookmakers, cutting a passive figure, unable to close the distance as he was confounded by his opponent’s movement, speed and a seemingly boundless gas tank from an awkward southpaw stance. By the end of the fight Joshua was sagging on the ropes amid an Usyk onslaught and saved by the bell before being put out of his misery by the judges.

Joshua shrugged his shoulders and bowed his head after the verdicts of 117-112, 116-112 and 115-113 were read out in Usyk’s favour. The Ukrainian was simply the better fighter on the night. Former world champions Lennox Lewis and Carl Frampton and Dillian Whyte, an ex-rival of Joshua’s, questioned the Watford fighter’s tactics but the man himself felt he was in the contest until round nine, when a swollen right eye started to impede his vision. Usyk finished like a train to become just the third fighter to win world titles at cruiserweight and heavyweight after Evander Holyfield and David Haye.

What’s next for Joshua?

Joshua showed admirable class after defeat, acknowledging he was given “a lesson” before revealing he was relishing getting back to the gym to learn from his mistakes. He added: “I can’t go back and sulk, that’s wasting time, I’m going back to look at ways I can improve. Straight away I’ve already been watching the fight and figuring out what I could have done better.” There is a rematch clause, one Joshua indicated he will exercise straight away.

When and where will the rematch take place?

A return bout is a tantalising prospect given the absorbing nature of the first fight, where Joshua was staggered on several occasions without managing to mount a sustained offence himself, even if he landed a few heavy blows. Now the champion, Usyk would like to have the second fight – which could take place next February or March – on home soil at the Olimpiyskiy Stadium in Kiev although Joshua’s promoter Eddie Hearn shot down the idea from a business perspective, reasoning that it would likely be back in the UK again.

What can Joshua do differently next time?

Joshua batted away questions about his gameplan but while he seemed genuinely optimistic about facing Usyk again, the former two-time world heavyweight champion did not disclose any specifics of what he would do differently. It was instead Joshua’s long-time trainer Rob McCracken who said: “You’ve got to apply better pressure with a fighter like that and not give him too much time. That’s really what should happen. I’ve got no doubts that if (Joshua) applies himself, which he will, then he’ll get a great performance in the rematch. Anthony will have learned loads.”

And what about a Joshua-Fury fight?

Forget about it for now. Joshua and Fury were so close to finalising a historic bout that would have had all four belts up for grabs earlier this year. But the intervention of a United States arbitrator, who ruled Fury had to defend his WBC title in a trilogy fight against Deontay Wilder, scuppered that and led to Joshua deciding to take on mandatory challenger Usyk. Fury can uphold his end of the bargain by defeating Wilder again next month but a mouthwatering ‘Battle of Britain’ is currently on ice. Fury’s co-promoter Frank Warren told BBC Sport on Sunday: “I don’t see it happening now. The unification fight was there, such a big fight. Heartbreaking.”