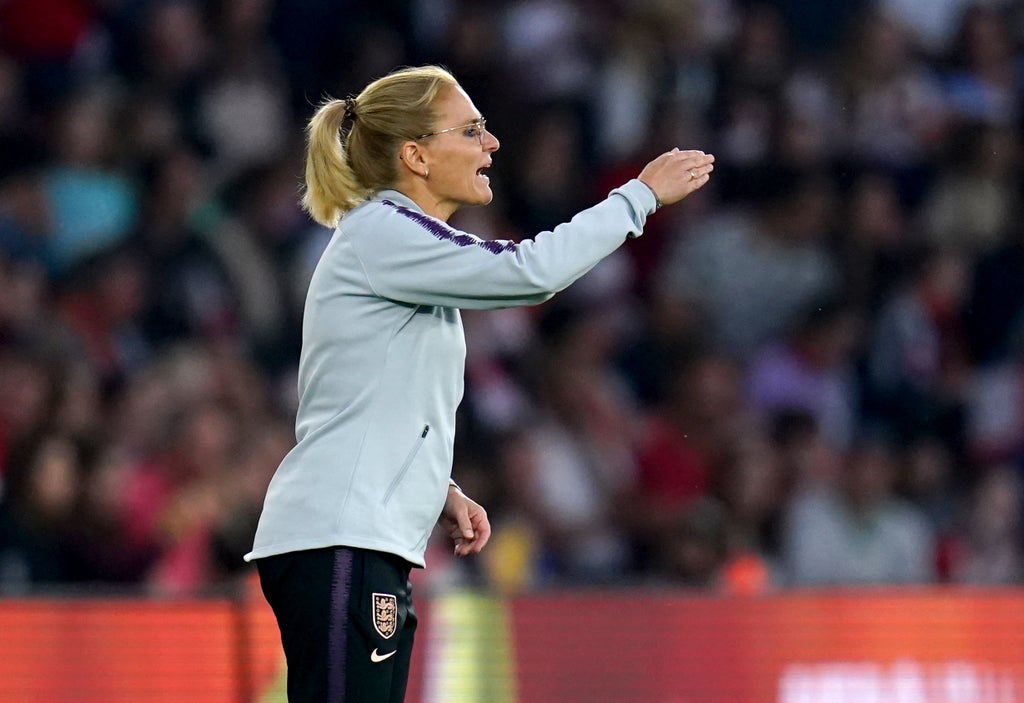 England boss Sarina Wiegman expressed her delight at the “good job” done by her team after they thrashed Luxembourg 10-0.

Ellen White, Alex Greenwood and Millie Bright each scored twice at the Stade de Luxembourg as England recorded another enormous win in their World Cup qualifying group, four days after beating North Macedonia 8-0 at St Mary’s in their first match under Wiegman.

The Dutchwoman told a post-match press conference: “I thought the performance was good. It’s pretty hard to make the game against such opponents.

“You have possession most of the game, you have to keep the tempo up. When we continued in the game they were dropping deeper even more, so the spaces were so small. So I think we did a good job by scoring 10 goals.

“With the overall performance, I’m really happy, because as you could see, like (in) the second half, we had 21 players in the final third, and that’s so hard to go through these small spaces we get – and still we got 10 goals.

“I think as a team also we have tried to create many chances, through the centre, with crosses, and if you score 10, that’s OK.

“What I also saw is we had one or two mistakes and everyone was just in transition and we won the ball back within five seconds, and that’s what team-work is all about. I really enjoyed that.”

The Lionesses scored four times in the first half, White netting twice to move to within three of the team’s all-time goals record, before Nikita Parris and Greenwood got on the scoresheet.

Greenwood then made it 5-0 early in the second half as the one-way traffic continued and a Jessica Berscheid own goal and Bright header further extended the advantage.

It was an emotional moment for Daly, whose father had died just a few days before the North Macedonia game.

Wiegman said of Daly: “It’s really special. Of course, it is a very emotional time in her life, very sad what happened, but how she has performed this week, how she has been focused on football, that’s really incredible.

“She was there all the time, she just delivered, she scored the goal and we were so happy for her.”

Greenwood came off in the second half having sustained an injury, and when asked about the Manchester City defender, Wiegman said: “I haven’t spoken to her yet about it, she’s now with the medical (team). I don’t think it’s too bad. We didn’t want to take any risk.”

Regarding her start in the job overall, Wiegman said: “I’m very excited. I’ve had a very good time these 10 days, I really enjoyed myself and I think we got close to each other.

“We had some goals for this week – that was to get to know each other better, so we have spoken to every player and every staff, to play well, to improve our game, score goals, concede none, and of course to have some fun. And I think we all reached those goals.”