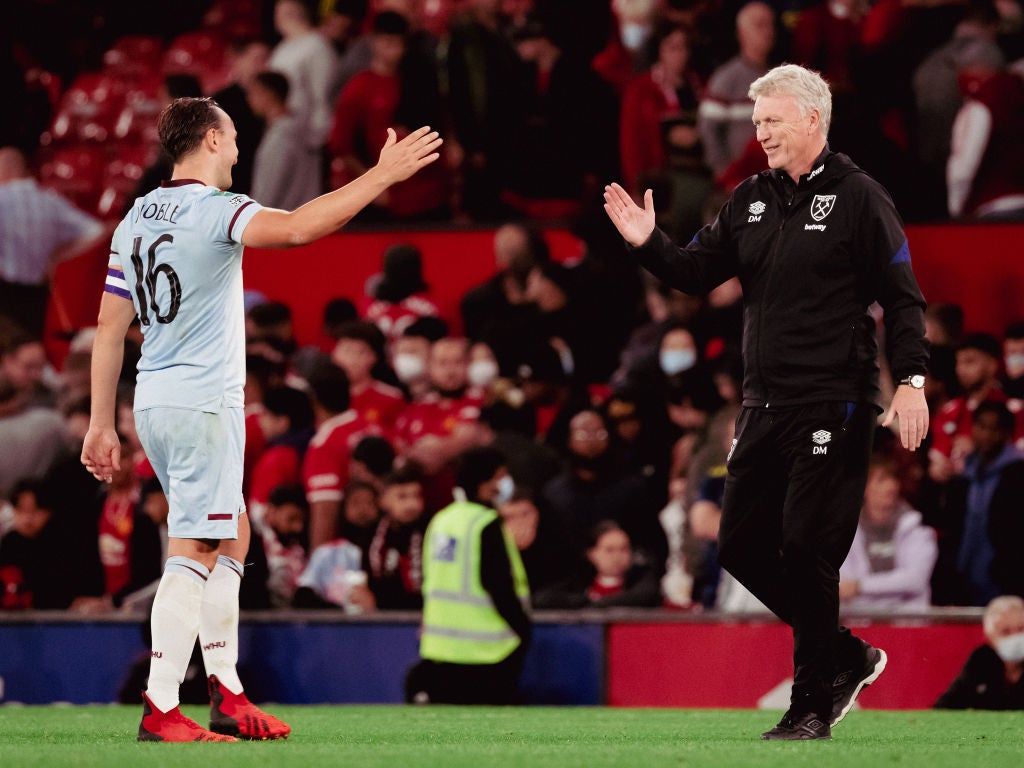 Mark Noble said West Ham’s first win at Old Trafford since 2007 was a special night for both the team and himself personally after overcoming a “tough couple of days” following his penalty miss against Manchester United on Sunday.

The West Ham captain missed a last-minute spot-kick after being brought on from the bench to rescue a point in the 2-1 defeat to United at the London Stadium, but avenged that defeat on Tuesday night as he led his side in knocking United out of the Carabao Cup.

Manuel Lanzini’s early goal was the difference as West Ham advanced to the fourth round of the competition – where they will play Manchester City – and Noble was relieved to make amends for his penalty miss after admitting he felt as “sick as a pig” in the days after David de Gea’s save.

“This is what this game does to you,” Noble told Sky Sports. “The last couple of days have been tough but you put your boots back on and come out and play.

“The boys tonight were fantastic. You could call it a glorified couple of B teams but I thought the players were fantastic and we deserved the 1-0 win.

“Things happen in football and sport. Sunday night for myself sitting at home, I felt sick as a pig but you wake up in the morning and go to training for Wednesday.

“I’ve had knocks as a player and I have missed penalties in the past but because of the occasion it was maybe so hyped. You’ve got to take the responsibility and I missed.

“We came to Old Trafford, one of the greatest places in the world, and I thoroughly enjoyed it.”

West Ham have a tough draw against Carabao Cup holders City in the next round but Noble said the side’s historic win at Old Trafford has given them belief as they look to win their first major trophy since 1980.

“We’ve had a really good start to the season and we’ve got a strong squad now,” Noble said.

“All in all, a great night for West Ham and a fantastic night for myself.

“Victories at Manchester United don’t come a lot. The last time we won here I was playing with Carlos Tevez, 14 years ago, so it’s a special night for us tonight.”