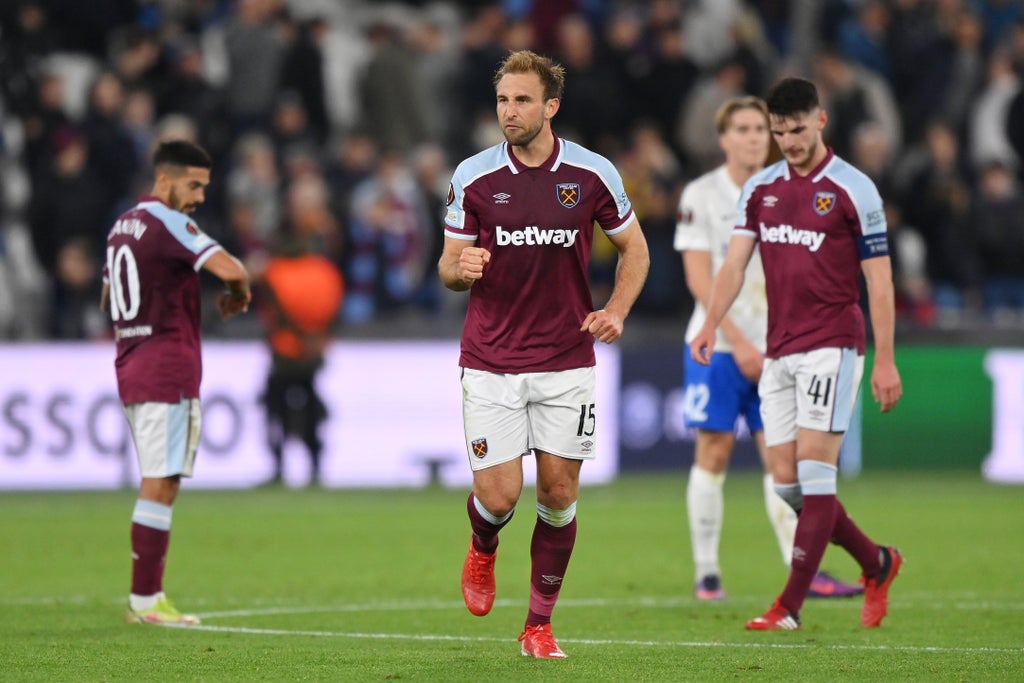 West Ham United secured a very comfortable victory over Genk at the London Stadium to strengthen their grip on the top of Group H in the UEFA Europa League.

David Moyes’ men are taking part in the group stages of a European competition for the first time in the 21st century and are taking the tournament by storm so far, having now won all three of their opening fixtures.

Genk started well here and had an early goal ruled out for offside but, after spurning a number of chances when they beat the home side’s offside trap, fell behind to a Craig Dawson header on the verge of half-time and never recovered.

Two goals in two second-half minutes from Issa Diop and Jarrod Bowen saw the Irons take full control of the match in front of a raucous crowd who are no doubt dreaming of the latter stages of the tournament after a superb start to the campaign.

Here’s what we learned from a very impressive performance and 3-0 victory:

West Ham’s only real European campaigns of any note prior to this season came in 1965 and 1976 when they lost the European Cup Winners’ Cup final to 1860 Munich and Anderlecht respectively.

Precious few of the supporters in attendance tonight will have been old enough to be on the terraces for those fixtures and so this is quite simply the most exciting adventure present day West Ham supporters have lived to, and make no mistake, they are enjoying every moment of it.

Of course the results and performances are helping but the atmosphere at the London Stadium, despite its split tiers and huge distance between the stands and pitch, was superb from a capacity crowd full of people enjoying themselves to the max because of the occasion itself more than anything.

There’s an outside chance that West Ham could ultimately win this competition but, however far they get, their supporters will revel in it no matter what. And fair play to them.

The Hammers struggled to create openings in the first half and it was actually Genk who looked the more likely to score certainly for half-an-hour or so, despite controlling possession and territory for the most part. The crucial break from an Aaron Creswell corner as Craig Dawson rose highest to lift a looping header into the net, before Cresswell again provided the assist after the break as Issa Diop flicked home his free-kick via the crossbar.

The two goals follow Angelo Ogbonna’s winner against Everton at Goodison Park on Sunday and right now Moyes’ men possess a combination of height, movement and precision in delivery that teams are really struggling to defend against.

Holding onto Bowen is vital

Jarrod Bowen is enjoying a superb season in the West Ham attack and his goal tonight exemplified everything about him as a player: persistence, graft, and great technique.

The former Hull City forward picked the ball up on the right-hand side just inside the Genk half before barging past one defender, standing two more up and picking the right moment to hit a shot which caught Genk’s 19-year-old goalkeeper Maarten Vandevoordt off guard.

Bowen hasn’t been the prolific goalscorer he was on Humberside since moving to London in January 2020 but his performances have been stellar and his refusal to ever given opposition defenders a moment’s peace makes him such a valuable footballer, and an absolute nuisance to play against.

He was linked to Liverpool in the summer and if they or any other side make a move for the 25-year-old anytime soon, then West Ham will be desperate to convince him to stay.

Despite the scoreline, this was not a perfect performance and the Irons’ movement in-and-around the box left a lot to be desired. Of course, regular starters Pablo Fornals and Said Benrahma started from the bench, but it was the lack of focal point with Michail Antonio rested which really stood out.

Andriy Yarmolenko started in the centre of attack in Anotnio’s stead and delivered a relatively anonymous performance for the most part, struggling to link up with with the likes of Bowen and Manuel Lanzini in behind. The Ukrainian forward is all left foot and that means his movement on the ball was often too predictable and led to a breakdown in attack.

If Antonio is fit and available then West Ham will enjoy another successful season, but they could ideally do with buying an understudy of some sort in January because without him the central attacking area looks too lightweight.

High-line could cause problems later on

Again, it is important to clarify that this was a West Ham team full of changes — including at the back — but this was an iffy performance from a defensive point of view and a better team than Genk could have punished the home side heavily.

The Belgians were in behind the Hammers’ high line three times within the opening half-an-hour and saw one goal disallowed and one looping header drift narrowly wide as they looked the more likely to open the scoring.

The link on the left-hand side of the defence between Cresswell and Diop was a particular weak point, which was understandable considering the lack of minutes the two have played together this season. But if Moyes wants to go far in this competition he will either have to adapt the high line so that it can’t be exploited so easily when the Hammers face higher quality opponents in later stages, or rotate his team less so that his defenders are able to read each other and communicate more efficiently.