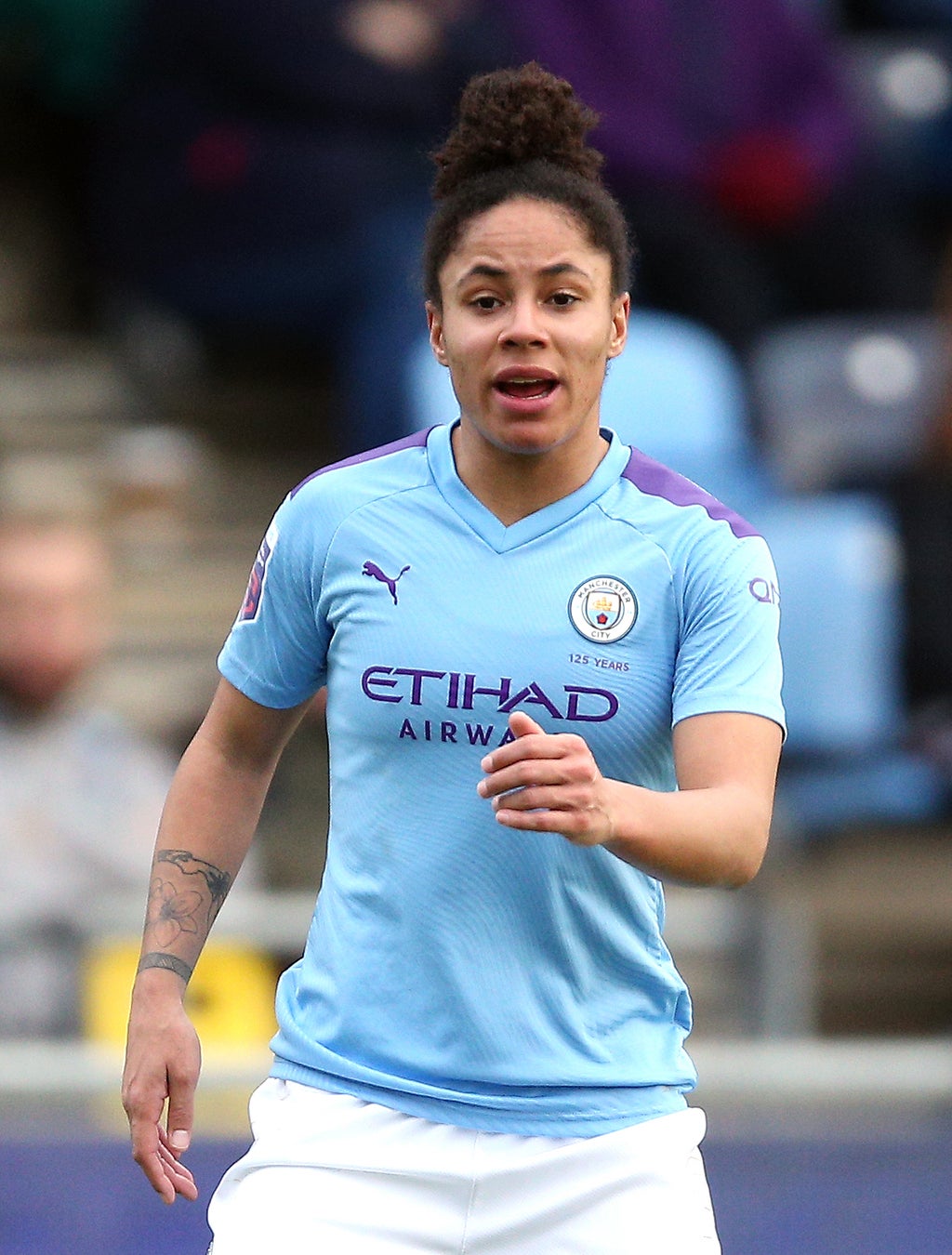 Manchester City and England left-back Demi Stokes has stressed the need for players to keep taking the knee, saying they are “sick” of being racially abused.

Footballers have been making the anti-racism protest before matches for over a year since the murder of George Floyd in the United States in May 2020.

Critics of the gesture, which has on occasion prompted boos from the stands, say it has political overtones, but Stokes believes players must “keep the ball rolling”.

Stokes most recently took a knee alongside her fellow players ahead of City’s Women’s Super League derby clash with Manchester United on Saturday at Leigh Sports Village, where the reaction from the crowd was applause.

She was part of the Great Britain team that did it at the Tokyo Olympics and there is every expectation players will do the same at England’s Women’s World Cup qualifiers later this month when they face Northern Ireland at Wembley, then play Latvia away.

Stokes, who says taking the knee is “not about politics”, told the PA news agency: “I think it’s important we keep the ball rolling – and not just because it’s Black History Month.

“It’s been done for over a year now and that’s good, that’s what we want to see, we want to see it weekly because it is those reminders.

“People saying, ‘I’m sick of it, I’m sick of hearing about it’ – well, we’re sick of getting abuse, of hearing things in the news. Footballers are sick of being racially abused.

“We want to remind you that there is a problem and it needs to be tackled, and that’s our way of helping and propelling it forward.”

Some players have decided to stop performing the gesture, such as Crystal Palace’s Wilfried Zaha, who last season said he would instead “stand tall”.

The 29-year-old is among those to have suffered racist abuse online – as Marcus Rashford, Jadon Sancho and Bukayo Saka endured after missing penalties in England’s Euro 2020 defeat to Italy – and has emphasised there “has to be consequences for these things”.

“It’s not all the time but I do get it,” Stokes said. “I know it is worse for other players.

“You’ve got to advocate for the people who are getting it the worst. We don’t want people to feel alone and like they’re not supported.

“And there has to be consequences for these things. It’s about educating people, because it is too easy now – online, you just get called all sorts and there’s nothing done about it, and now obviously with emojis, that’s become an issue.

“I think we’re heading in the right direction, but we’re not where we need to be. It [social media] needs to be better, to protect players.

“I’m watching the game and I’m thinking, ‘Don’t miss your penalty, because I know what’s coming,’ and I think it’s awful that players have to worry about that when they’re playing. I think things are happening, slowly, but we’re not where we need to be.”