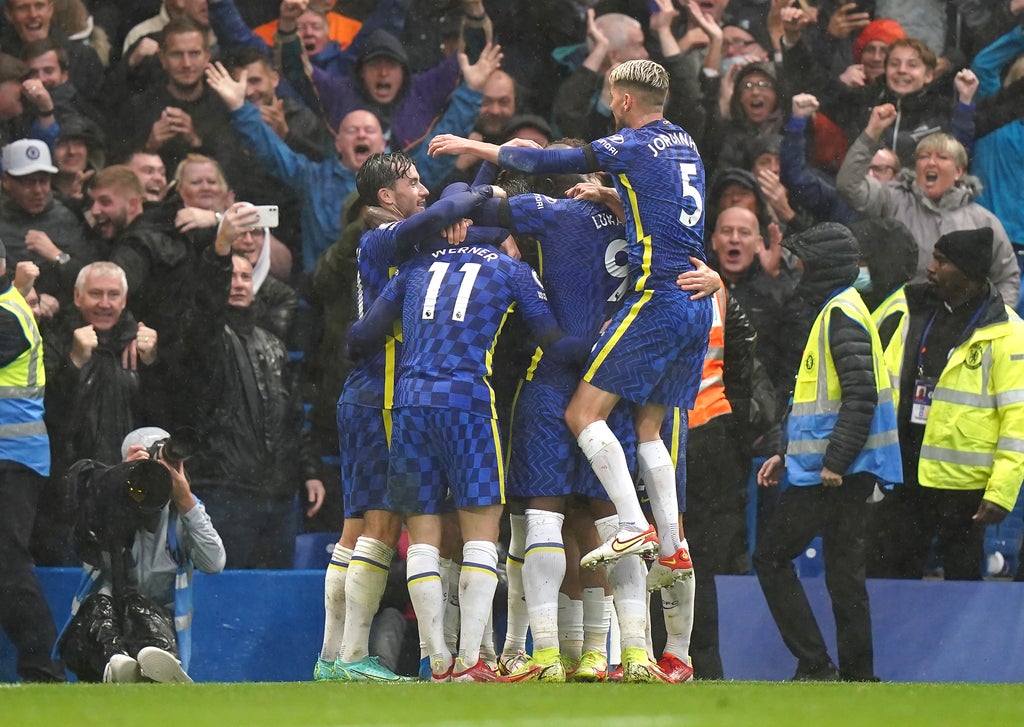 Werner tapped in Cesar Azpilicueta’s cross with the goal that effectively sealed Chelsea’s 3-1 win over 10-man Southampton at Stamford Bridge.

Ben Chilwell then fired in a late third to atone for conceding a penalty that was converted by James Ward-Prowse to tee up a tense finale.

Ward-Prowse was later sent off for a late tackle on Jorginho, and Chelsea pounced on the numerical advantage to move top of the Premier League table.

Werner has seen a league-high 16 goals disallowed since joining Chelsea in 2020, the latest of which came in the first half against stubborn Saints.

Tuchel hailed Werner for his persistence, but also admitted the Germany striker must still improve.

“Yes we are all relieved, him and me and the whole club,” said Tuchel.

“Every time he scores we have the feeling there is a VAR decision to take it away from him, there have been a lot of very narrow decisions.

“I remember one against Liverpool that was super close.

“He has to keep on going and a lot of things to improve.

“We’re happy and relieved that he scored.

“It was very, very important goal for us to secure the win. And on the other hand he was there when he needed to be.”

Chelsea were full value for their 1-0 half-time lead courtesy of Trevoh Chalobah’s second league goal of the season.

The central defender nodded in at the far post from Ruben Loftus-Cheek’s flick-on.

The Blues saw goals for Romelu Lukaku and Werner chalked off before the break, and Chilwell then upended Tino Livramento in the box to let Saints back into the clash.

Ward-Prowse buried the spot-kick but walked quickly afterwards, sent off for a bad tackle on Jorginho.

Southampton remain winless heading into the international break, leaving boss Ralph Hasenhuttl lamenting the red card and the effect it had on the game.

Referee Martin Atkinson showed a yellow card before he was told to review the incident on the pitchside monitor by Video Assistant Referee Mike Dean.

“I know when Mike Dean is VAR he will definitely tell the referee to have a look at it,” said Hasenhuttl.

“I haven’t seen a replay, and I don’t want to say it’s Ward-Prowse’s fault it’s a red card. He was attacking a bad pass from the goalkeeper and he’s maybe a little bit late.

“A yellow card OK, but a red card is harsh.

“The red card is a real pity. It would be interesting to see what would have happened in the last 15 minutes without the red card.

“James is the captain and he knows he didn’t help us today.

“But there’s no reason to be angry about this, we showed a good performance today. And it’s a pity we couldn’t finalise it.”