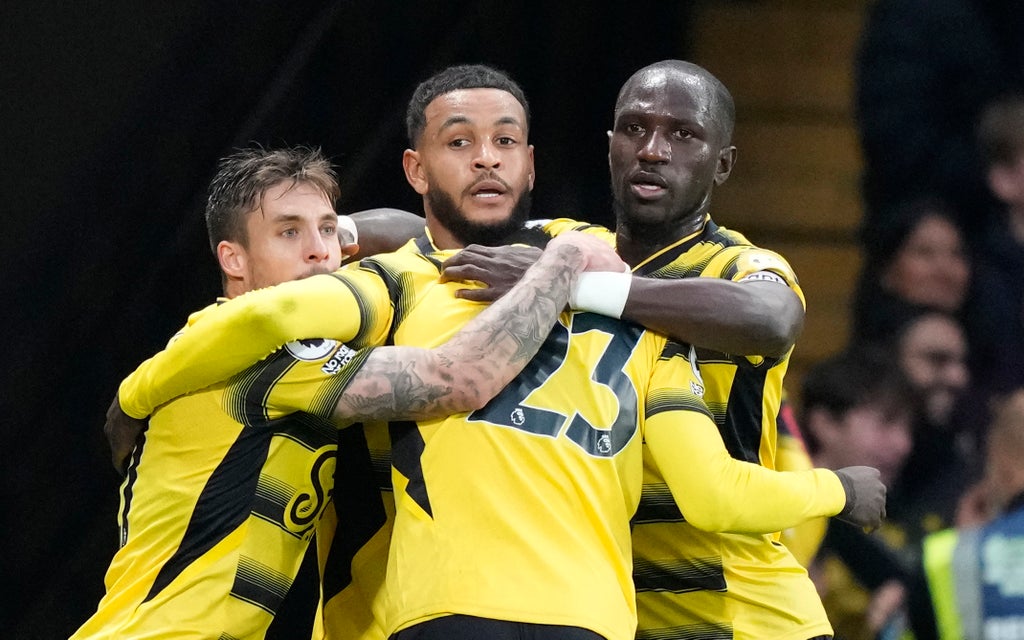 Manchester United return and the drama surrounding the club is bound to be ramped up as they visit Watford.

Claudio Ranieri’s side will be desperate to grind out a result here in the bid to beat the drop, but nothing short of a victory will do for Ole Gunnar Solskjaer as he endures intense pressure to save his job.

A humbling 2-0 loss at home to rivals Manchester City in the derby exposed United and demonstrated just how far off the required level they remain. Emile Smith Rowe denied a spirited Watford display at the Emirates, securing a 1-0 win for the Gunners, leaving the Hornets just two points clear of the drop zone.

Solskjaer maintains the pressure coming into the match, with the Red Devils five points off a top-four place and a further four to league leaders Chelsea, can be an advantage: “It’s been a long international break but it’s one that we’ve utilised to our benefit, we feel it’s been a good response from the players and we’re ready for the Watford game. We’ve been through periods like this before. Our away form, we’ve just gone 30-odd games and lost one. Last season we turned it around and went on a run of 20-odd games and one defeat, that’s the kind of run we need to get back. This week we’ve prioritised a few things we have to improve on. Form and performances haven’t been good enough.”

Follow live goal and score updates and build-up from Vicarage Road, including analysis and reaction as the Premier League returns, following the conclusion of Leicester vs Chelsea:

45 mins: Three minutes of added time to play. Bruno Fernandes chips a free kick into the box but it’s cleared by Moussa Sissoko. United need to get into the break, they’ve been outclassed in this first half.

44 mins: It’s 2-0 now! What a lovely finish this is from Ismaila Sarr who’s made up for those two penalty misses. Cleverly and Femenia combine on the right wing with the right-back cutting the ball into the box. Sarr takes over, checking to the right and blasting a low shot into the far side of the net!

42 mins: Save! Man Utd are playing awfully. Watford should be at least two up. The cross comes into the box from the left wing and Josh King is free in the middle of the six-yard box. There’s no-one marking him at all. He has a free header but sends it straight at De Gea who punches it away. A yard either side and it’s 2-0.

39 mins: Joelinton gets into the goalscoring action with a goal for Newcastle at St. James’ Park. That’s 11 goals across six games now all before half-time. Great stuff.

36 mins: Turf Moor is the place to be at the minute. Christian Benteke has his second of the game as Palace draw back level. Conor Gallagher shifts away from a tackle from Taylor and slides a pass into the box for Benteke who leaves Pope no chance to stop the shot as the ball flies into the back of the net.

34 mins: Big chance for Marcus Rashford who takes a shot from just inside the box but is denied by Ben Foster. Watford then fly down the pitch and Sarr weaves into the box. He knocks it back to King who shoots from the front edge of the box and has his effort blocked by Wan-Bissaka.

Manchester United are all at sea when Watford attack with pace.

Burnley have come from behind at Turf Moor to lead 2-1 against Crystal Palace, Chris Wood with the second goal for the Clarets.

At St. James’ Park Brentford are in front for the first time with Rico Henry meeting a cross at the back post and heading home with a lovely header! Newcastle 1-2 Brentford.

28 mins: They’re in front! A well worked and fully deserved goal from Watford sees them take the lead against Manchester United. Femenia floats a deep cross into the box and Wan-Bissaka fails to deal with it. His attempted clearance drops to Dennis who rolls the ball to the byline before cutting it back to Josh King and he taps in from close range! Watford have the lead!

27 mins: Penalty shout from Man Utd. Ronaldo is played into the box and comes shoulder to shoulder with Sarr. The Watford man nudges into Ronaldo and he goes down but the referee waves for play to go on.

24 mins: King and Sarr are the main drivers of the breakaway as they flies in between the United lines. Sarr carries the ball into the box and looks to find his striker but the ball is deflected out for a corner.

The corner ball is swung into the middle and United fail to deal with the initial ball. It drops to King just outside the six-yard box and his shot is blocked by Harry Maguire. Last ditch defending from the Man Utd captain.