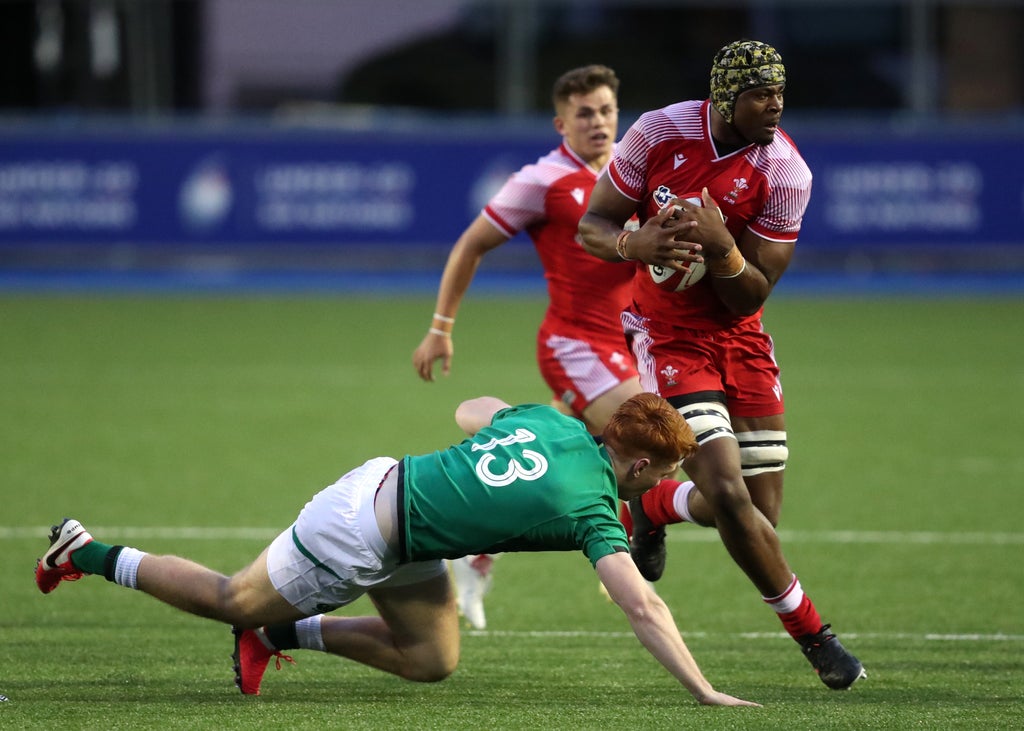 Exeter boss Rob Baxter believes it could be a case of “the sky’s the limit” for surprise Wales call-up Christ Tshiunza.

The uncapped 19-year-old Chiefs back-row or second-row forward was born in DR Congo but moved to Wales in 2010 and is a product of Whitchurch High School in Cardiff, whose past pupils also include Sam Warburton, Gareth Bale and Geraint Thomas.

Within an hour or so of his Wales squad selection to contest the Autumn Nations Series – appointments with New Zealand, South Africa, Fiji and Australia – 6ft 6in Tshiunza was turning out for Exeter University against Cardiff University in a cup game.

“I am not surprised,” Exeter rugby director Baxter said. “It’s probably a little bit early in his rugby career – I don’t think even Christ would mind me saying that – but I can understand the reasons why.

“There is a real physical presence there, he is going to be a big, athletic man.

“He has got very good speed, he is big, strong and quick, quick off the ground lineout-wise and he likes to bump into people. So those core fundamentals of what it takes to be a rugby player are there.

“And now, really, it’s just about how far he can get. It is about playing plenty of rugby and training as well as he can.

“He is probably one of those where right here and now the sky’s the limit a little bit.”

Wales Under-20 international Tshiunza can play across the back five, with Wales naming him among their lock contingent.

“He is a great athlete, he has got a good skill-set. He obviously lacks game-time in senior rugby, but he is in a good place at Exeter in terms of working under Rob Baxter.

“He brings something that no-one else probably has in the country in terms of his height and athleticism, so it is getting him involved at an early stage for his development.

“Whether he will play rugby in this series, time will tell, but we want to get him in, get him around the senior players and get him used to the environment.”

Elsewhere, Gareth Anscombe and Ellis Jenkins have both been selected by Pivac in a 38-man squad following long absences from international rugby.

Ospreys fly-half Anscombe has not played for Wales since suffering a knee injury in August 2019, and it is almost three years since Cardiff flanker Jenkins last featured, having also been sidelined by knee problems.

And the comeback theme is continued by ex-Bath playmaker and current Cardiff fly-half Rhys Priestland, whose 50th and most recent Wales outing was against New Zealand in 2017.

The squad also includes Wasps flanker Thomas Young, who will move to Cardiff for next season.

The 29-year-old, capped three times, has been ineligible for Wales in recent seasons due to a senior player selection policy that means players plying their trade outside of Wales cannot be selected if they have won fewer than 60 caps.

But he has received dispensation to be available for Wales immediately following confirmation of his move to Cardiff for next term.

Pivac is without a number of injured players, with the likes of Leigh Halfpenny, George North, Justin Tipuric and Josh Navidi all absent.

And as Wales’ autumn opener against New Zealand on October 30 falls outside World Rugby’s international window, it means Gallagher Premiership-based players will not be released for that fixture, ruling out Tshiunza, Young, Louis Rees-Zammit, Nick Tompkins, Dan Biggar, Callum Sheedy and Taulupe Faletau.

“When you look at selection, you want to select in-form players, but it’s fair to say that a number of players haven’t hit their top form,” Pivac added.

“We have looked at past performances at this level, including a very successful (2021) Six Nations campaign, and we’ve cross-credited some of that information into current form, if you like.”

“I think there are only two or three players that haven’t been double-jabbed, and about one management person left to go. We are in a pretty good space,” he said.

“It does look from the outside that Covid rules have been relaxed, but in terms of our rugby environment, once we come into camp we are in a bubble, as we were for the last two campaigns.”