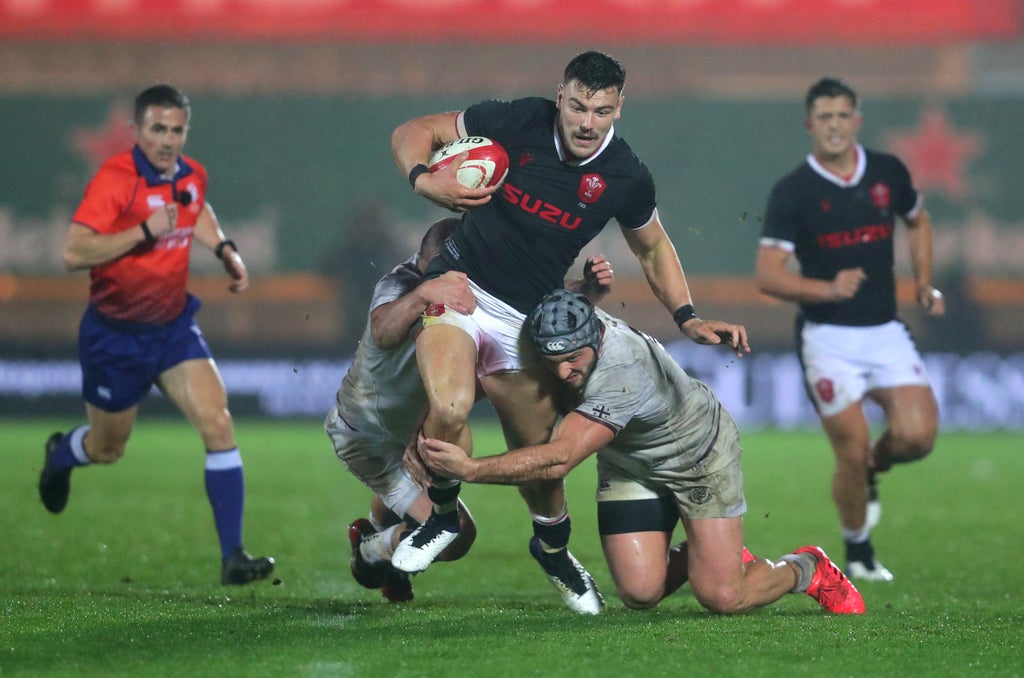 A first 70,000-plus crowd at Cardiff’s Principality Stadium since February last year will witness Wales’ latest attempt to topple the All Blacks

And the odds are stacked against Wales given that they last achieved a victory in the fixture 68 years ago, suffering 31 successive defeats, with 16 of those losses being on home soil.

A lengthy list of injuries and unavailable players have compounded Wales’ degree of difficulty this time around, with absentees including the likes of Dan Biggar, Louis Rees-Zammit, George North, Liam Williams Ken Owens and Justin Tipuric.

Wayne Pivac’s men face a Herculean task, with New Zealand arriving in Cardiff on the back of another Rugby Championship title triumph.

Asked if the history books provided extra motivation, Wales centre Williams said: “100 per cent. If you think about it, we could be the first group to go and beat them for almost 70 years.

“It is a huge, huge carrot at the end of the game to deliver the win.

“It would be amazing to do that. That history does of course mean something, and we have got to fix that.

“It is just about backing ourselves. It is not so much about what has been and the challenges we have got to face, it’s about this group of players and having a job to do on Saturday.

“We have got to win a game of rugby at the end of the day, it doesn’t matter who it is against.

“We all know our roles, we are all aware what the occasion is, and we have all played enough rugby. It has just been about us and focusing on delivering on the weekend.”

Williams lines up alongside his Scarlets colleague Jonathan Davies in midfield, making a fourth Test match appearance but first since the opening game of last season’s Guinness Six Nations Championship.

A shoulder injury stalled the 25-year-old in recent months, and he added: “It was a tough injury, a pretty nasty injury, definitely one of my worst in terms of rugby injuries that I have had.

“I have only played a game and a half since coming back from my shoulder, but I think I am ready and I am confident with my form at the minute.

“This is going to be the first time most of my family are going to watch me play for Wales.

“It almost feels like a first cap, in a way, that real special moment playing in front of fans at the stadium with such a tough challenge ahead.

“It is going to mean the world to have all my family there supporting me at the stadium in front of a sold-out crowd. It’s going to be big.”