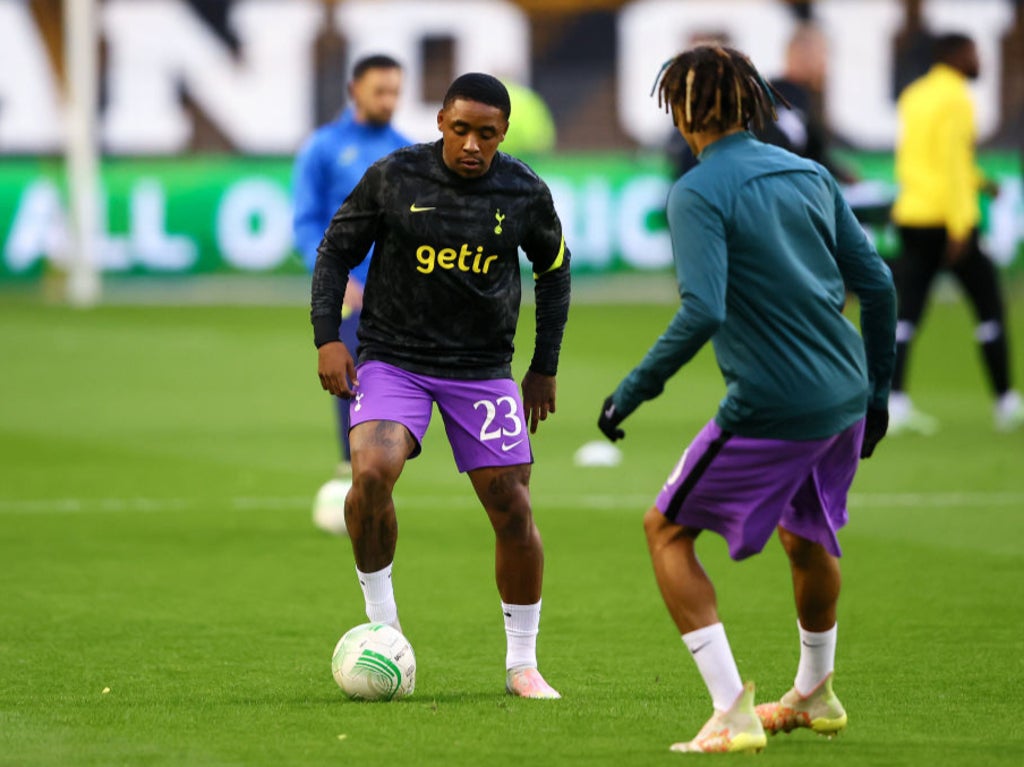 Follow all the action as Vitesse Arnhem host Tottenham in the Europa Conference League tonight.

Nuno Espirito Santo’s escaped with a draw in their opening Group G game against Rennes, however, they recovered with an emphatic victory last time out in Europe, thrashing NS Mura 5-1 as Harry Kane scored a second-half hat-trick. That result left Spurs joint top of the group after two games, with only the winner of the group guaranteed automatic progression to the last-16.

However, Nuno has opted to use the fixture as a chance to heavily rotate his side, with the head coach confirming none of the outfield players who started Spurs’ 3-2 victory against Newcastle at the weekend have even travelled to Holland. He insists, though, that it is not an unnecessary risk: “No. It’s not about that. If someone gets that interpretation, I cannot do anything. And when you decide to think about the risk, if you always think about the risk, you cannot decide. Decisions in life, all of them have risk,” he said. “We respect all the competitions, we respect all the games. And we consider that it’s better for us to start the players that are going to start, leave some players here, work, recover well, so we can be able to compete better on the Sunday.” Follow all the latest updates:

Vitesse have played six games against English opposition but are yet to win a game. Their best result was a 0-0 draw in the second leg of the first round of the 1993-94 Uefa Cup against Norwich City. They lost the first leg 3-0 and were knocked out.

Liverpool beat them 1-0 in both legs of the 2002-03 Uefa Cup and most recently Southampton cruised to a 5-0 aggregate win in the third qualifying round of the 2015-16 Europa League.

Vitesse have never played Tottenham in a competitive match but the clubs do have a connection.

Just one player has ever turned out for both clubs: Willem Korsten who played for Vitesse between 1993-1999, before moving to Tottenham Hotspur and playing there from 1999-2002.

Thomas Letsch has backed Vitesse’s fans to bring a bouncing atmosphere to the GelreDome tonight as a boost to his players as they prepare to face Tottenham.

Nuno has confirmed that none of the outfield players who started last weekend’s 3-2 win at Newcastle will travel to Holland for Thursday night’s game, instead staying in London to train with Sunday’s trip to West Ham in mind.

Vitesse are currently on a record-breaking run, having found the net in six consecutive European matches for the first time.

Their last 12 goals were scored by nine different players. Only Maximilian Wittek (three) and Matúš Bero (two) have scored more than once during this period.

Vitesse’s home ground is situated in Arnhem, a city east of Rotterdam and located in the South-Eastern part of the Netherlands.

Their stadium, the GelreDome, sold out for the first time in years for tonight’s confrontation with Tottenham and the regular capacity of 21,248 has been expanded to approximately 24,000.

Tottenham are unbeaten in three games across all competitions since a 3-0 defeat to North London rivals Arsenal in the Premier League back in September.

Over those three games Spurs have scored 10 goals and conceded just four. Last weekend they came from behind at St. James’ Park to defeat Newcastle 3-2 and have built up an air of confidence after a rocky start to the season.

Can they continue their winning run this evening?

Vitesse striker Nikolai Baden Frederiksen is looking forward to facing Tottenham tonight and hopes his team can somehow get a result against the former Champions League finalists. He told Vitesse TV:

Despite all the changes Tottenham’s starting XI is fairly strong. Excluding Dane Scarlett and Pierluigi Gollini most of the starting XI have made regular appearances in the Premier League and Nuno Espirito Santo spoke in the build-up about some of them taking this chance to find some form.

He picked out Steven Bergwijn by name saying: “This is a good opportunity for him to get sharper and stronger, we will need him in the future.”

Thomas Letsch makes one change to his Vitesse team that started against Rennes last time out on the Europa Conference League as Yann Gboho drops out and is replaced in the forward line by Oussama Darfalou.

Nuno Espirito Santo changes his entire team from the weekend. There are six returning players that featured in the last ECL match against Mura with Pierluigi Gollini returning in goal and a front four of Bryan Gil, Dele Alli, Steven Bergwijn and Dane Scarlett.