It was Max Verstappen’s fourth victory in six races this year, helped by Red Bull imposing team orders on Sergio Perez. While Leclerc had an issue with his car forcing him to retire Verstappen had to fight back from an early spin to win the Spanish Grand Prix, the win was a struggle against the odds through technical problems that enabled him to leap into an unexpected championship lead.

For 27 laps it looked as if Leclerc was heading towards the top step of the podium, aided by Verstappen’s faulty DRS and George Russell’s defending. However, it ended in a retirement for the Ferrari driver as he reported “no power” and parked his car, his first DNF of the season costing him the lead in the Drivers’ Championship.

Verstappen has had his share of bad luck this season, with two retirements from the first three races, but he certainly enjoyed some good fortune in Spain. Leclerc was on course for a comfortable victory after a rare error from Verstappen saw the world champion spin into the gravel at Turn Four on lap nine. The race had looked finely poised between the two until that point, with Leclerc leading by two seconds, but Verstappen’s spin changed the complexion of the race.

The battle between Russell, Verstappen and Perez became one for the victory but with Verstappen unable to pass the Mercedes driver, he pitted for new tyres with Perez, who told Red Bull to “get Max out of the way so I can overtake quickly”, did just that, up into the lead by lap 31.

Leclerc will be a strong favourite for victory in Monaco given the Ferrari’s pace in the slow- and medium-speed corners in Spain, but the team are facing a difficult moment and must bounce back quickly.

Any questions, let me know. 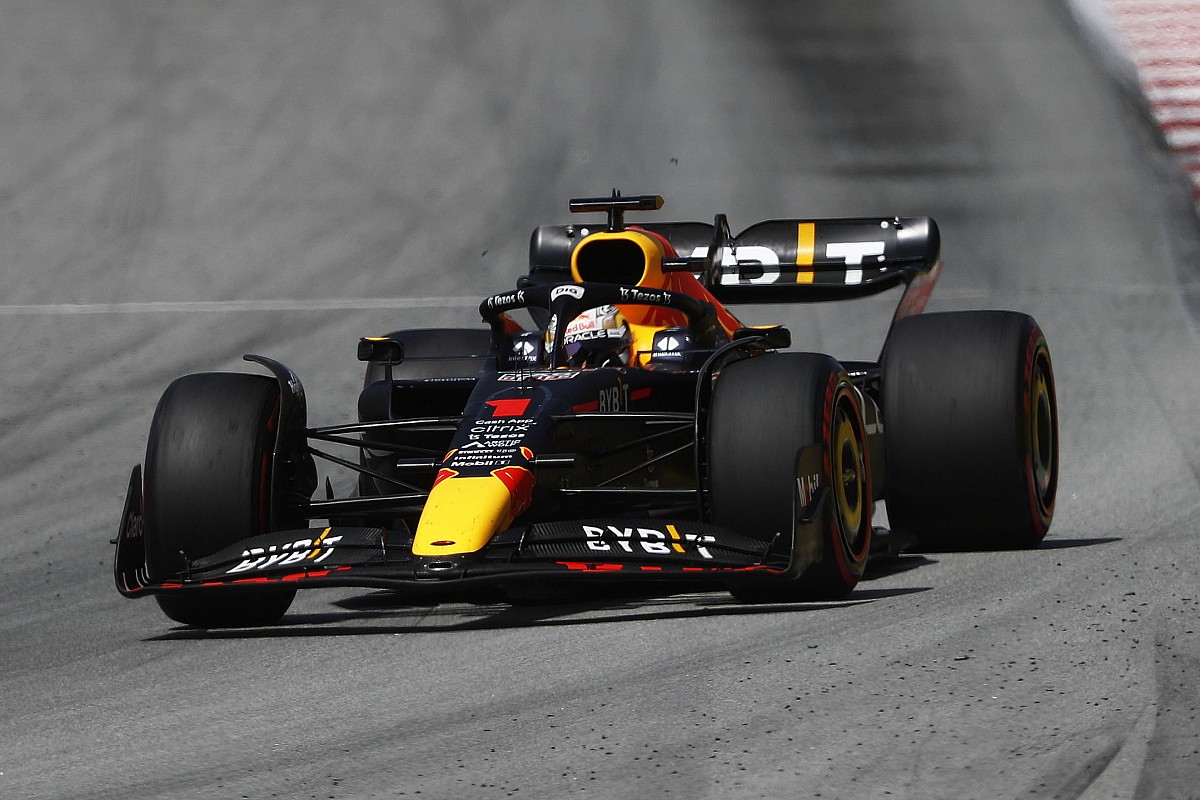