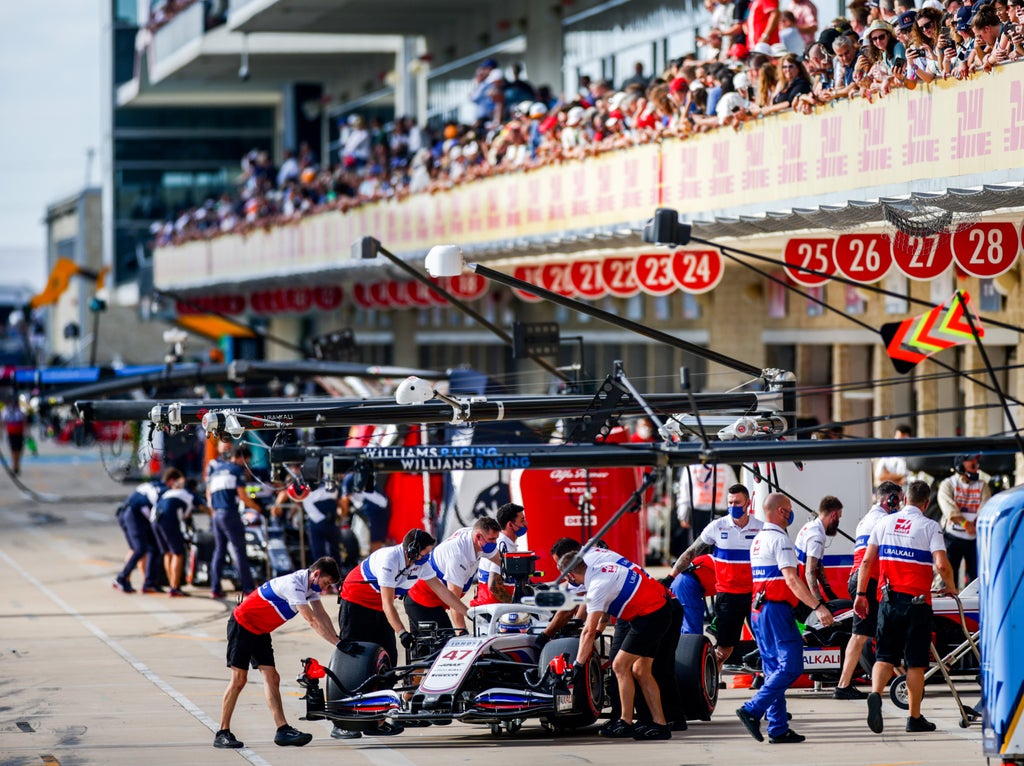 Alonso Backs Third F1 Race In The US

A thrilling Formula 1 title race between Lewis Hamilton and Max Verstappen will continue this evening as the United States Grand Prix plays out in Austin, Texas.

Verstappen will start in pole position at the Circuit of the Americas, with rival Hamilton joining him in the front row. Dutchman Verstappen leads the Briton by six points in the drivers’ standings with six races left this season – including today’s event – having reclaimed top spot in the championship battle at this month’s Turkish GP. The Red Bull driver appears to be on track for his first ever F1 title, but he will need to navigate the remaining races without incident in order to dethrone seven-time champion Hamilton, and there is no guarantee of that.

Verstappen and Hamilton have already collided twice this season, including on the opening lap of the British GP this summer, when the Mercedes man went on to claim the victory while Verstappen could not continue. The pair then took each other out of the Italian GP in September, but it is the first of those two incidents that will leave fans wondering whether the rivals can make it through the opening corners in Texas without losing their cool.

Follow live updates from the United States Grand Prix below.

We are moments away from the United States Grand Prix! The first corner is going to be epic, and the Circuit of the Americas ranked third for overtakes when the race was last held in 2019. And with Verstappen starting on pole ahead of Hamilton, there are surely going to be some fireworks.

Gasly’s car been given the all clear. The AlphaTauri is up and running.

Toto Wolff tells Sky Sports that the tyres will be “melting” on the hot track surface in Austin, Texas today.

There seems to be an issue with Pierre Gasly’s car. It looks like he might have been hit by a mechanical issue and AlphaTauri are desperately trying to fix it.

A huge US flag is flown over the track as we pause for the national anthem. This feels like a huge occasion at the Circuit of the Americas today, by far the biggest US Grand Prix many in F1 have ever seen.

This from George Russell: “It’s warm out there. The tyres are going to be tricky. I think it will be a two-stop strategy for everyone.”

Christian Horner to Sky Sports on what he told Verstappen and Perez ahead of today’s race: “Go for it – get round the first corner and get stuck in. We need both guys to get a good start,” he says.

Moments before, Horner met former NBA champion Shaquille O’Neal, while other stars on the grid include Rory McIlroy and Ben Stiller.

The cars are on the starting grid and we have less than 30 minutes to go until lights out at the United States Grand Prix.

Sergio Perez had some drama with a leaky water bottle in his cockpit, but it seems the issue has been resolved by Red Bull.

There’s a packed crowd in Austin on what has turned out to be a blistering hot day in Texas.

It’s expected that the leading drivers will opt for a two-stop pit strategy at the Circuit of the Americas today, with potential pit-stop windows opening up from laps 10-17, and then laps 32-37.

After an overcast morning in Texas, the sun has broken through and track temperatures are expected to increase to 40 degrees. That could result in high degradation levels on the tyres today.

Formula 1 has enjoyed its return to the United States for the first time since 2019, after last season’s race was cancelled due to Covid-19.

The sport has experienced a boom in popularity in those two years, and we’re set for a packed home crowd in Austin for the latest instalment of his dramatic title race. Serena Williams and Megan Thee Stallion are leading the “celebrity watch” standings so far.