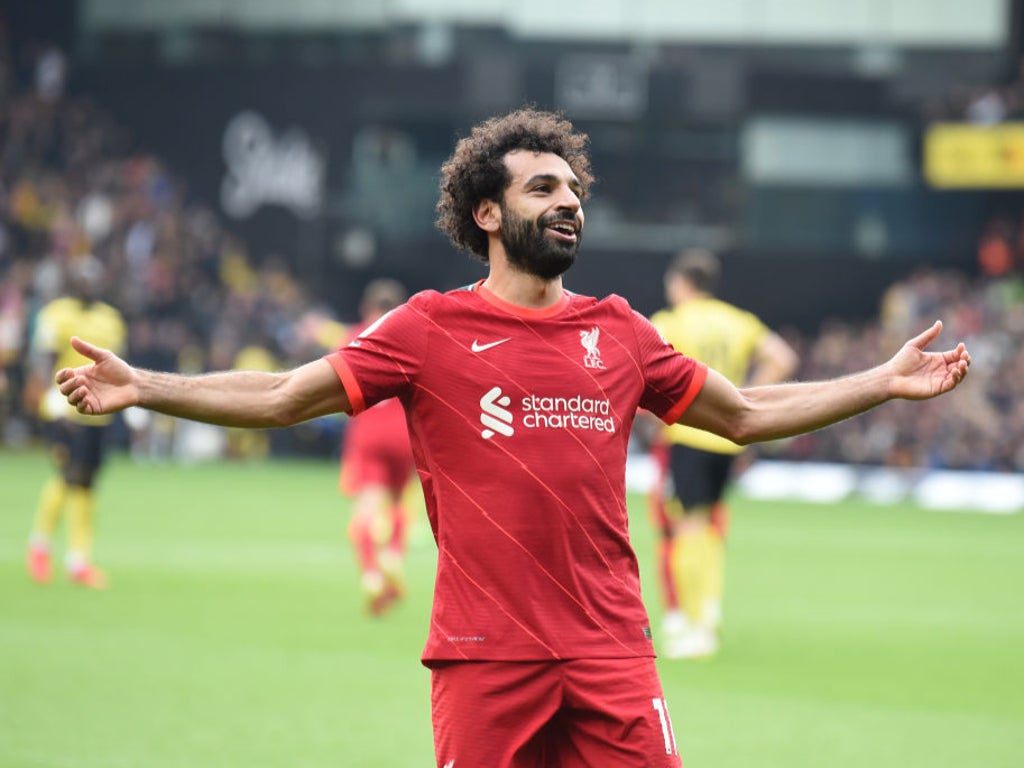 Even once our eyes and minds have been saturated by thousands of matches, in which the most audacious skills and incomprehensible goals are repeated and replicated, a small handful of players still have the power to steal our breath and elicit gasps of awe. It’s not that Mohamed Salah’s bewitching solo goal against Watford was necessarily unique, but that somehow, for all our familiar grasp of the Egyptian’s exploits, it still managed to shatter our expectations.

It is an ability reserved only for the world’s best players, who operate on a different plane and live by their own parameters. No matter how common their extraordinary feats, the moments don’t become normalised, the otherworldly nature meaning the sensation can’t be dulled.

You will have by now, of course, seen the goal. It might not boast the same gravity of his exquisite strike against Manchester City, with Liverpool already coasting past Claudio Ranieri’s ramshackle Watford, but in terms of sheer technique, it perhaps surpassed it.

After picking up the ball just inside the penalty area, four players stood between Salah and Ben Foster’s goal. They swarmed around him, desperately closing off all available avenues, but such finite degrees of skill can be used like sorcery, conjuring shafts of light where they shouldn’t belong. Stuttering on the spot, shaking his shoulders in subterfuge, one feint and roll of the ball knocked two defenders off balance. Surging into the space he’d created, a faked shot then sent Craig Cathcart sprawling across the turf before Salah cut back inside onto his left and curled a shot past Foster and into the far corner. It was a mesmerising moment that left Watford’s defence strewn like a slapstick sketch and bore a certain resemblance to the majesty Lionel Messi has made customary for so long.

The question now is whether Salah has in fact began to inherit the mantle of being the world’s best player. He has scored 11 goals in his past 10 games but that only scratches the surface of his influence. It might not have been as striking, having toyed mercilessly with Danny Rose from the offset on Saturday, but his shimmy to lose the veteran defender and the exquisite outside of the boot pass to set up Sadio Mane for Liverpool’s opener was no less magnificent. A brazen piece of skill achieved in utter nonchalance. In Jurgen Klopp’s mind, there is no doubt. “For me, he’s the best,” the Liverpool manager said. “I see him every day and that makes it more easy for me, but Mr Lewandowski is out there, Ronaldo still scoring like crazy, Messi still putting out performances on a world-class level, Mbappe and all these kind of things and others will come. But, yes, in this moment he is for sure on top of that list.”

It is a subjective point that can be argued to the death and beyond, but if there is no definitive answer, there can be little disputing Salah’s place in the debate. Since joining Liverpool in 2017, he has won both the Premier League and Champions League, scored 135 goals, rarely succumbed to injury and shown no sign whatsoever of slowing down.

It’s also a question of what being the best really is. Surely, it encompasses far more than just statistics. It’s the way a player can make you feel, think and question what you’ve already seen so many times before. How they can force you to stop in wonder and recalibrate what you expected to be possible. At Vicarage Road on Saturday, Salah delivered another one of those moments. It might not render him the best by defined metric, but it is hard to suggest that any other player at present is doing that quite so frequently.