Bayern Munich‘s honorary president Uli Hoeness took aim at the club’s players and the media during their Bundesliga title celebrations.

Despite wrapping up a 10th consecutive German league crown, Hoeness was far from satisfied at the performances of certain stars and the criticism levelled at sporting director Hasan Salihamidzic.

Though Bayern have again dominated the Bundesliga, they fell short in the Champions League with a surprise quarter-final exit to Villarreal and the finger of blame has been pointed at various people. 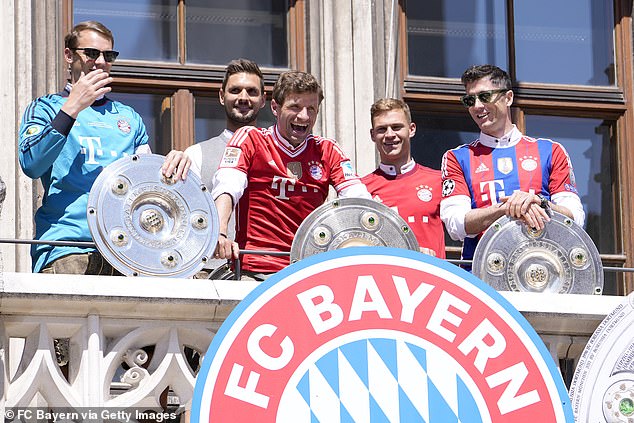 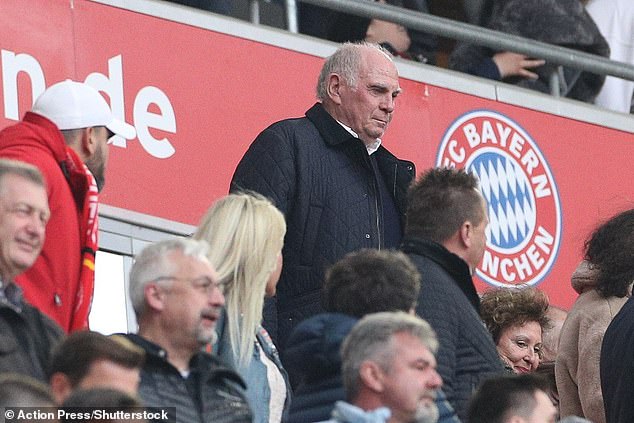 Speaking at Bayern’s trophy parade in the city’s Marienplatz, Hoeness, 70, said: ‘The fact is that we have to hold the players more accountable.

‘With us, the coach or the sporting director is always held accountable.

‘The fact is that since Christmas we’ve had a few players who, by and large, haven’t played well. These players need to be put under more pressure.’

Bayern lost three times in the Bundesliga post-Christmas but they still managed to finish eight points clear of Borussia Dortmund in the final standings.

However, they exited the Champions League to Villarreal 2-1 on aggregate, having already crashed out of the German Cup in October with a 5-0 thrashing at Borussia Monchengladbach.

One player Hoeness singled out for opprobrium was Niklas Sule, who is set to join Dortmund on a free transfer.

The centre-back didn’t travel to Wolfsburg for Bayern’s 2-2 draw on Saturday and then wasn’t present at the public celebration of the title win. 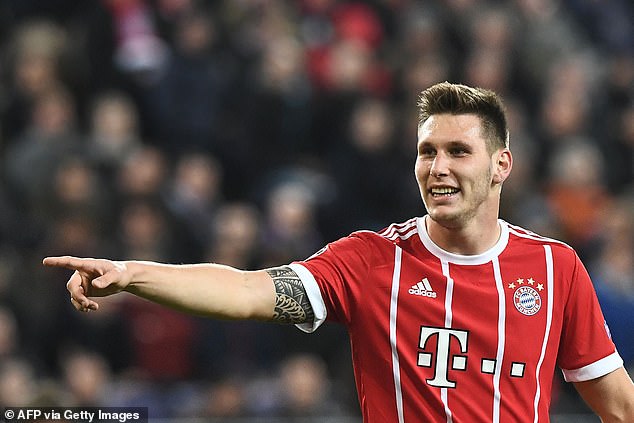 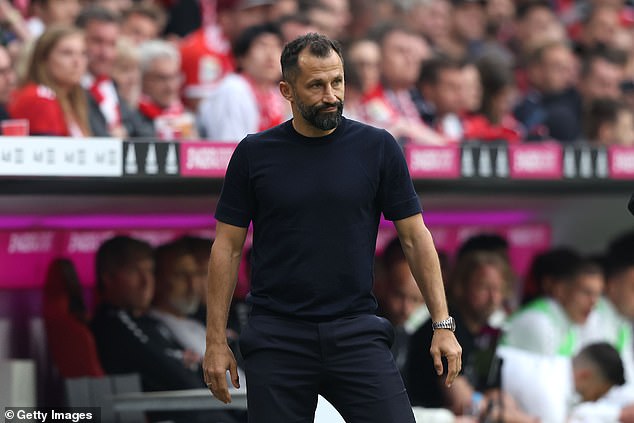 And Hoeness said: ‘I found his actions catastrophic. That doesn’t speak for the player.

‘We always talk about appreciation. Niklas Sule certainly didn’t show that to the club.

‘You can all forget the myth that he earns less in Dortmund than in Munich.’

There has been criticism of Salihamidzic, 45, for Bayern’s transfer policy after they fell short in Europe but Hoeness did his best to drag the sporting director out the firing line.

‘Now that we don’t win the Champions League, it’s all his fault. That can not be.’ 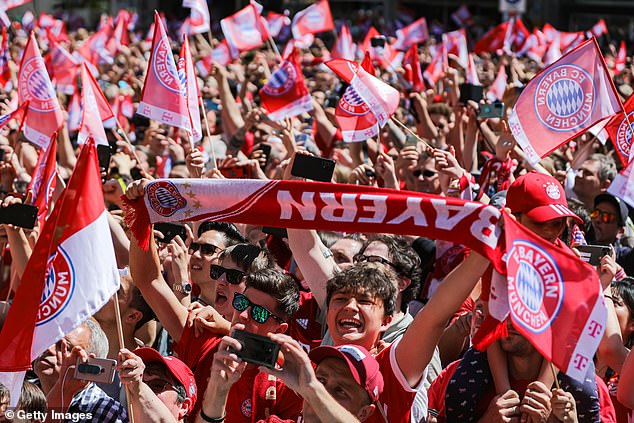 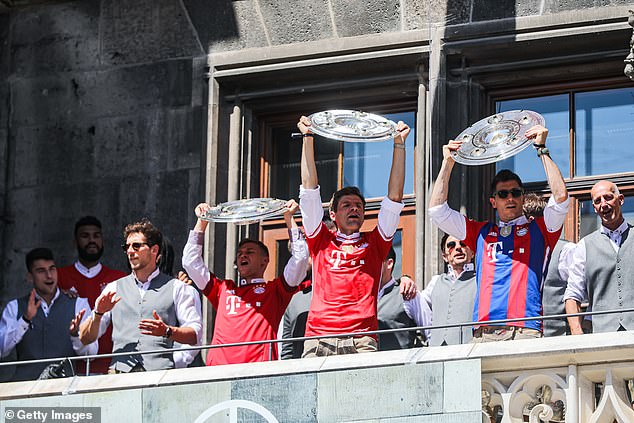 Hoeness also blasted the press, especially the German tabloid Bild, for their criticism of Salihamidzic and threatened to bar certain reporters from the club’s training ground.

‘If you read the Bild newspaper and other newspapers every day, then it’s a hunt,’ he fumed.

‘[We should] tell the journalist: ‘If you write it again, you won’t see Sabener Strasse for a week.’

‘FC Bayern is currently the plaything of some media and that shouldn’t be the case. I blame the club for that.’