There was a strong Polish contingent in the crowd tonight at the Apex Center in Las Vegas. They cheered loudly in support of light heavyweight contender Jan Blachowicz as he made his way from the tunnel to the octagon. His opponent, Aleksandar Rakić, was greeted with a smattering of boos. The two men headlining the latest edition of UFC Fight Night were at vastly different points in their careers. Blachowicz is a former champion, while Rakić is still in pursuit of his first title shot. Nonetheless, once they were face to face, they engaged in an entertaining battle that did not disappoint. There’s a lot to unpack here; without further ado, let’s get into it!

Jan Blachowicz began round one by attacking Aleksandar Rakić with the repeated use of calf kicks. He experienced some success, and Rakić’s walking pattern was clearly affected. However, Rakić found some success of his own when he landed a jab that opened a cut under Blachowicz’s left eye early in the round. In round two, Rakić scored an early takedown, however Blachowicz attempted to use his momentum to transition into a triangle choke in his favor. Rakić was able to fight out of the hold and establish a lot of ground control time during the round.

Early in round three, Rakić took an awkward backwards step and dislocated his knee. He crumpled to the mat in pain; referee Mark Smith immediately stopped the fight, as it was obvious that Rakić could not continue. This was an anticlimactic ending, as both fighters were very engaged and the bout was shaping up to be a potentially classic five round fight. Blachowicz looked impressive in his first bout since relinquishing the belt, however Rakić has nothing to be ashamed of. He is a talented young fighter who will undoubtedly be granted a title shot at some point in the future.

When Ion Cutelaba scored an early takedown against Ryan Spann, it appeared the momentum was clearly on his side. Spann fought to his feet and immediately charged Cutelaba at full speed. Cutelaba used Spann’s momentum against him and slammed him to the mat. Spann again showed incredible determination and fought to his feet. He then used a sneaky maneuver to establish a front facing chokehold and simultaneously take Cutelaba down to the mat. The choke was so tight that Cutelaba tapped out on impact. This was a dramatic first round submission victory for Spann that could potentially breathe new life into his career.

Bantamweight challenger Davey Grant gave a master class on calf kicks in the first round of his fight with Louis Smolka. After hurting Smolka’s leg’s badly, he then scored a nice striking combo to finish a dominant first round. In round two, Grant continued using strikes wisely to keep Smolka off balance. However, Smolka countered with an elbow that opened an ugly gash on Grant’s forehead.

With the score even at one round apiece heading into the third and final round, Grant left nothing to chance. He used to a calf kick to send Smolka to the mat. He then pounced on him and landed two punches that immediately knocked his opponent out. It was a dramatic turn of events and an impressive win for Davey Grant.

Women’s flyweight prospects Katlyn Chookagian and Amanda Ribas engaged in a tight back and forth battle, with neither woman willing to give an inch or allow the other to establish an advantage. After an early takedown by Ribas, she was able to place Chookagian in a headlock. Chookagian eventually fought to her feet and the two fighters engaged in an evenly matched striking exchange for the rest of the round.

In round two, Ribas scored another takedown and Chookagian again found her way out of it. Round three was more of the same, with Ribas initially failing in her takedown attempt before finally being able to establish it. Chookagian was able to get clear of the grasp and another striking exchange occurred. Ultimately Chookagian was awarded a split decision victory.

I disagree with this decision. It’s true that Chookagian landed some impactful blows during the striking, however, Ribas scored three takedowns and Chookagian scored zero. The disparity in striking power was not enough to overcome Ribas’ clear advantage in takedowns and grappling; if I were judging this fight I would feel compelled to rule in favor of Ribas.

Lightweight prospects Manuel Torres and Frank Camacho are both renowned for their striking prowess. From the opening bell, the two men began throwing haymakers with very little regard for defense. Although none of the initial blows made a significant impact, Torres eventually began landing with increased regularity. Eventually, he connected on a clean left hook, right uppercut, combination that sent Camacho crashing to the mat. Herb Dean stopped the fight immediately; from the way Camacho fell it was clear his night was over.

Flyweight challenger Allan Nascimento dominated his opponent, Jake Hadley from start to finish. The lone bright spot of the night for Hadley came by way of a takedown scored early in round one. However, Nascimento turned that into an advantage for himself when he used his superior grappling skills to gain the dominant position. He then dictated the pace of the round through ground control time. In rounds two and three, Nascimento consistently used his superior grappling transition skills to win each an every scramble. This was an easy decision for the judges; Allan Nascimento was awarded a unanimous decision victory.

Manuel Torres is one of the most exciting strikers in the lightweight division. Unfortunately for him, he is a part of the most talented division in the entire sport. At 5’10” tall, he is among the tallest fighters of his weight class. If he truly wants to stand out, he may want to consider moving up in weight. Given that he is considerably taller than most fighters he faces, moving up in weight would be relatively easy and he would not lose much speed. He has a knack for landing his shots with accuracy.

There are some things that are simply a gift and cannot be taught by any trainer. The percentage of his punches that Torres lands shows that he has elite hand-eye-coordination that makes him a brilliant striker. My recommendation would be for him to move up to welterweight where he could climb the ranking faster using the natural gift that he clearly possesses.

The UFC returns next week with another edition of Fight Night headlined by bantamweight legend Holly Holm taking on challenger Ketlen Vieira. As always, we’ll have all the latest updates about the outcomes of the fights, as well as in depth analysis available right here at World in Sport!

Until next time, take care of yourselves and each other. 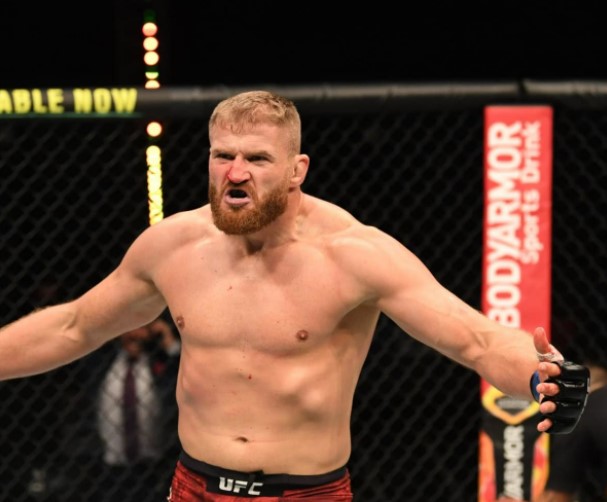