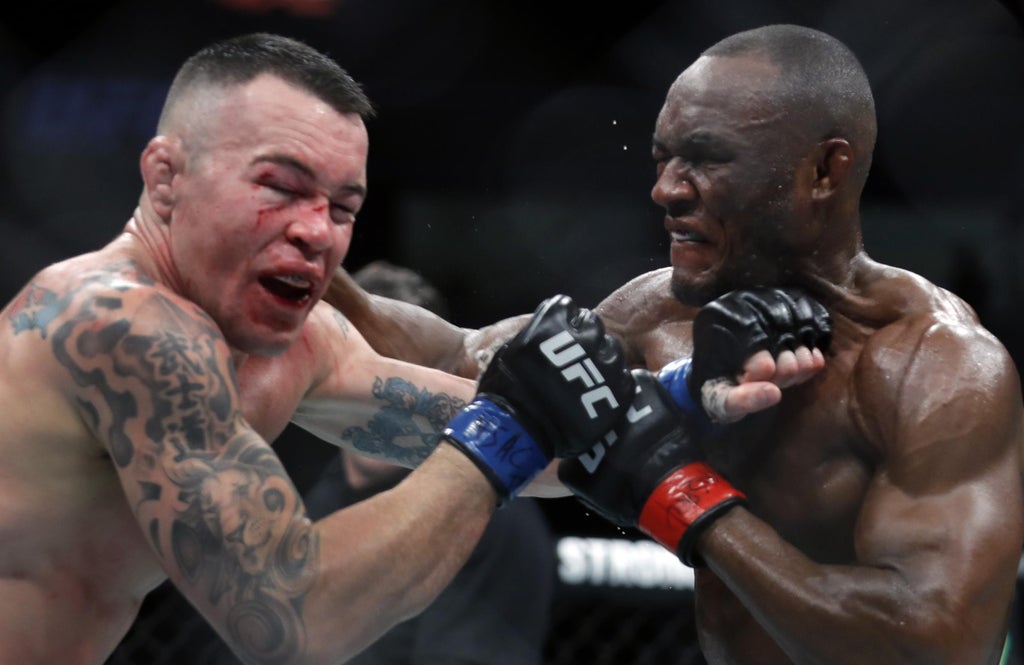 Almost two years after contesting one of the greatest title fights in UFC history, Kamaru Usman and Colby Covington will again clash for welterweight gold on Saturday night.

When the fierce rivals went head-to-head in December 2019, they put their elite wrestling skills to the side to engage in what was essentially a kickboxing contest, with Usman retaining his title via fifth-round stoppage. Covington gets a second shot against the Nigerian-American on Saturday evening, though, in the main event of UFC 268 at Madison Square Garden.

The co-main event in New York City, meanwhile, is another title-fight rematch. Having finished Weili Zhang with a first-round head kick in April to regain the women’s strawweight title, Rose Namajunas defends the strap against the Chinese star this weekend.

Elsewhere on the card, lightweights Justin Gaethje and Michael Chandler face off as they look to rebound from their respective title-fight defeats. Gaethje’s last outing, over a year ago, saw the American submitted by then-champion Khabib Nurmagomedov, who then relinquished his belt. Earlier this year, Chandler fought for the vacant gold but came up short against Charles Oliveira. Gaethje’s bout with compatriot Chandler here is expected to be a brutal meeting.

UFC 268 will take place on Saturday 6 November at Madison Square Garden in NYC.

The early prelims begin at 10pm GMT, the prelims follow at 12am GMT on Sunday morning, and the main card starts at 2am GMT.

In the UK, the prelims and main card will air live on BT Sport 1 HD. The broadcaster will also stream those fights on their website and app.

The early prelims are available to stream on UFC Fight Pass.