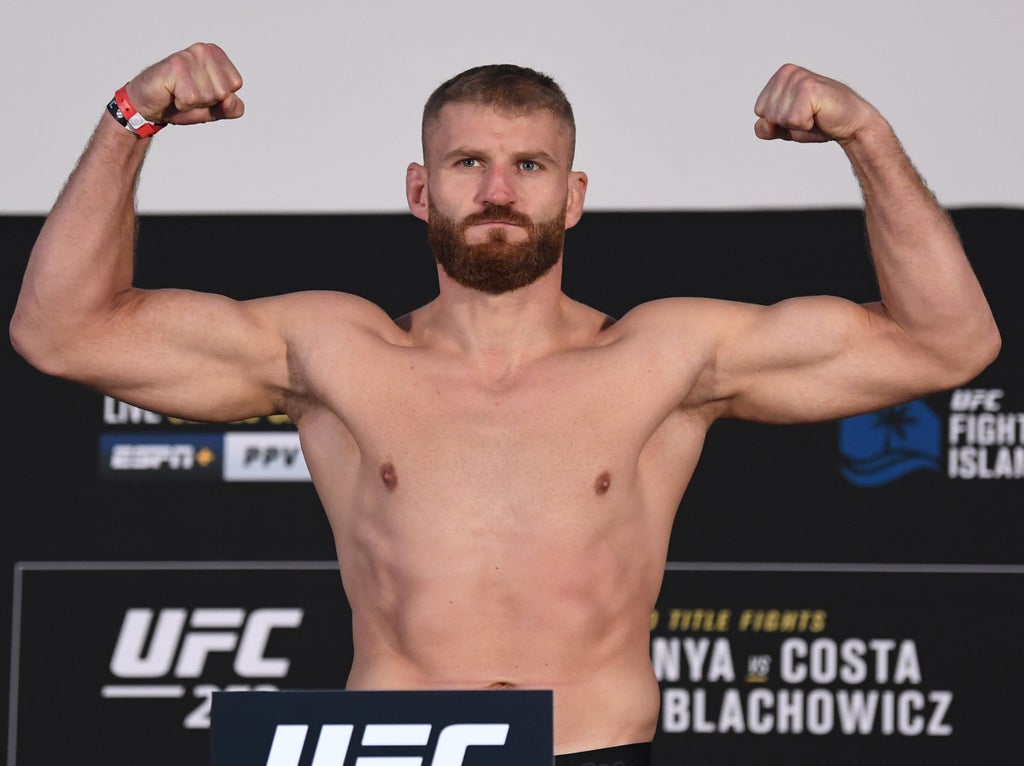 UFC 267 takes place on ‘Fight Island’ in Abu Dhabi this evening and it is set to be a stacked card.

In the co-main event, former bantamweight title-holder Petr Yan fights for the division’s interim belt, with Cory Sandhagen standing across the Octagon.

Elsewhere, rising star Khamzat Chimaev returns after a 13-month absence, putting his undefeated record on the line against ‘The Leech’ Li Jingliang.

Here’s everything you need to know about UFC 267.

The event takes place on Yas Island in Abu Dhabi on Saturday 30 October, with the prelims beginning at 3.30pm BST and the main card kicking off at 7pm BST.

The prelims and main card will air live on BT Sport 2 in the UK, and on ESPN+ in the US.

The event is also available to stream on the BT app and website, and on UFC’s Fight Pass.