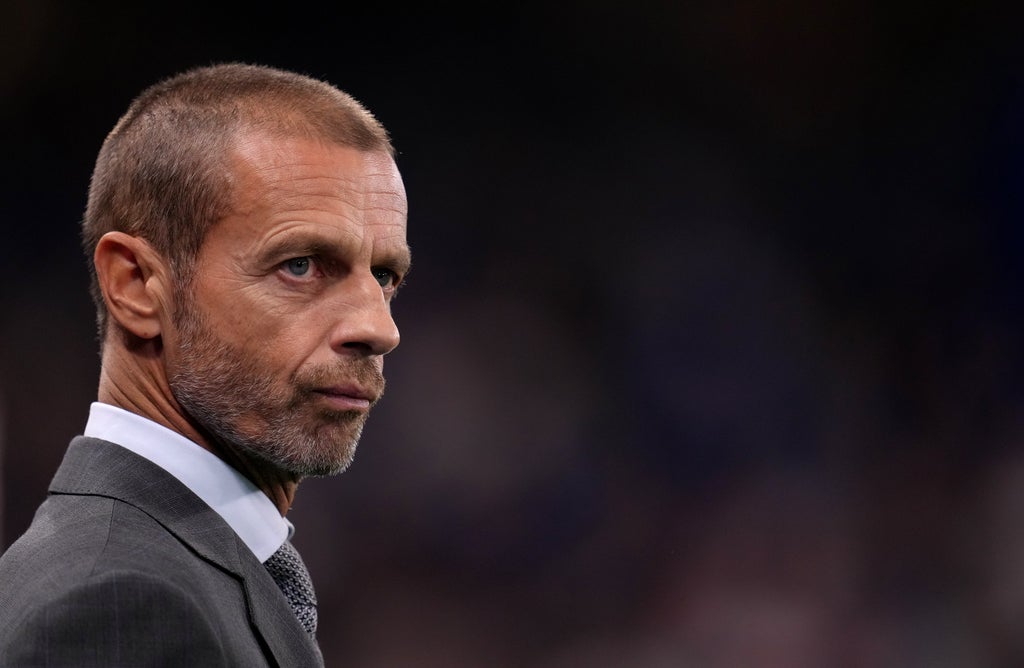 European football’s governing body has filed a motion requesting the recusal of Manuel Ruiz de Lara, citing what it describes as “significant irregularities” in the commercial court proceedings he has overseen.

The court’s rulings have obliged Uefa to declare disciplinary proceedings against Super League rebel clubs Real MadridBarcelona and Juventus null and void and not to seek payments from the other nine clubs which had been part of a peace agreement reached in May.

“In line with Spanish law – and in the fundamental interests of justice – Uefa fully expects the judge in question to immediately stand aside pending the full and proper consideration of this motion,” a statement read.

Uefa also said it would make a formal appeal to a higher court, the Provincial Court of Madrid (Court of Appeal), against the commercial court’s judgement.

“Uefa will continue to take all necessary steps, in strict accordance with national and EU law, in order to defend its interests and – most importantly – those of its members and all football stakeholders,” the statement concluded.

The Madrid commercial court put a block on Uefa taking any action against the Super League clubs on the basis that doing so breached EU competition law.

The European Court of Justice will ultimately decide whether or not to uphold the Madrid ruling. If it does, the consequences for European football would be seismic.

A ruling is not expected until next year at the earliest, however.

Uefa’s stance on the Super League – which was formally launched in April but quickly collapsed – has not altered, but it has had no option but to comply with the Madrid ruling.

It sees the league as a threat to the European sports model of open competition, and that its existence would threaten Uefa’s ability to distribute revenue in an equitable way. It remains ready to defend itself should any new attempt to revive the plans be made.

Those behind the Super League say it is not dead, and the PA news agency understands it is working on an open format for the future, having acknowledged the closed nature of the original league made it deeply unpopular among supporters in particular.

The Super League holdout clubs are all involved in this season’s Champions League.