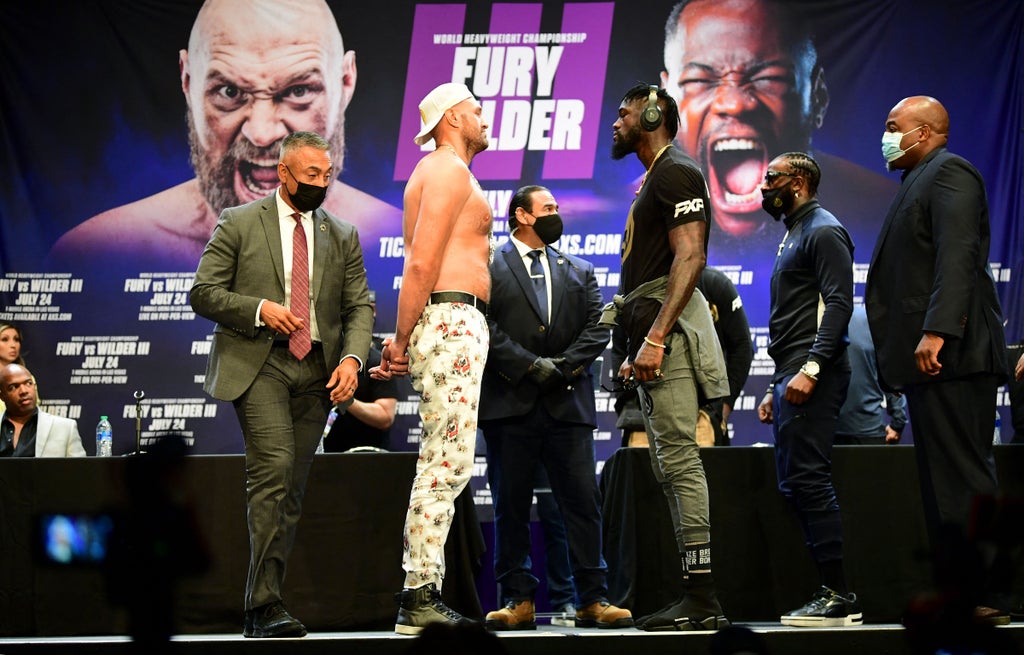 Tyson Fury will put his WBC title on the line as he looks to strengthen his position as heavyweight champion against Deontay Wilder in Las Vegas.

The ‘Gypsy King’ is set to return to the ring for the first time since February 2020, when he defeated Wilder via a seventh-round knockout.

The heavyweight division has been shaken up following Oleksandr Usyk’s unanimous victory over Anthony Joshua, which may have ramifications on Fury’s path if he defeats Wilder for a second time.

Usyk’s victory will also have offered Fury a reminder of the unpredictability of the heavyweight class, with big-hitting Wilder posing a threat with his power as the American seeks revenge by reclaiming his WBC belt.

Here’s everything you need to know ahead of the world championship bout.