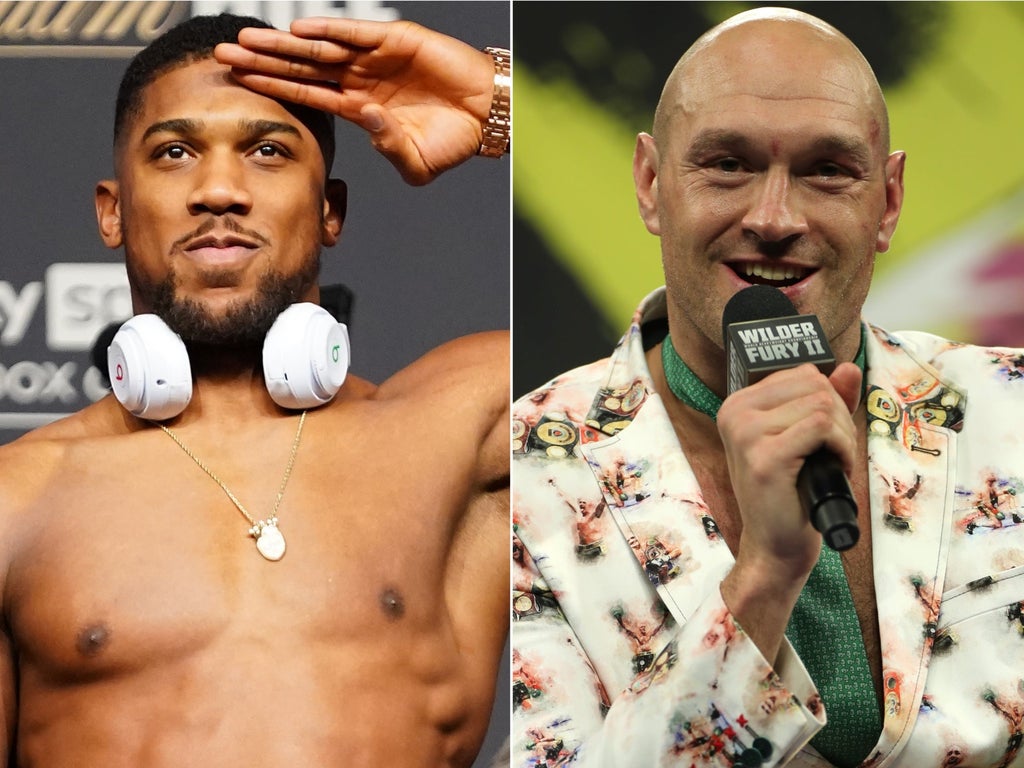 Anthony Joshua could still fight Tyson Fury despite being dethroned as world heavyweight champion, according to Frank Warren

Joshua lost his WBA, IBF and WBO crowns at the Tottenham Hotspur Stadium after being outclassed by Oleksandr Usyk, seemingly scuppering a domestic dust-up with WBC kingpin Fury that would have had all four major belts on the line.

Fury will defend his title for the first time against Deontay Wilder in their trilogy clash in Las Vegas on Saturday, but if the Briton is successful then co-promoter Warren believes a bout against Joshua could be arranged.

“I do believe the public buys into that fight even if AJ isn’t champion. If he did fight Tyson he would have a lot to prove and I do think the public would buy into it.”

Joshua is expected to take on Usyk again early next year after the Ukrainian’s team confirmed last week a rematch clause had been activated in principle, while Fury is targeting a homecoming fight after Wilder.

It has been three years since Fury last fought in the UK – when he outpointed Francesco Pianeta in Belfast – and his showdown against Wilder this weekend will be his fifth successive bout in the United States.

“There’s no [Americans] out there for him to fight,” Warren added. “I think he’ll be back here which will be a great homecoming.”