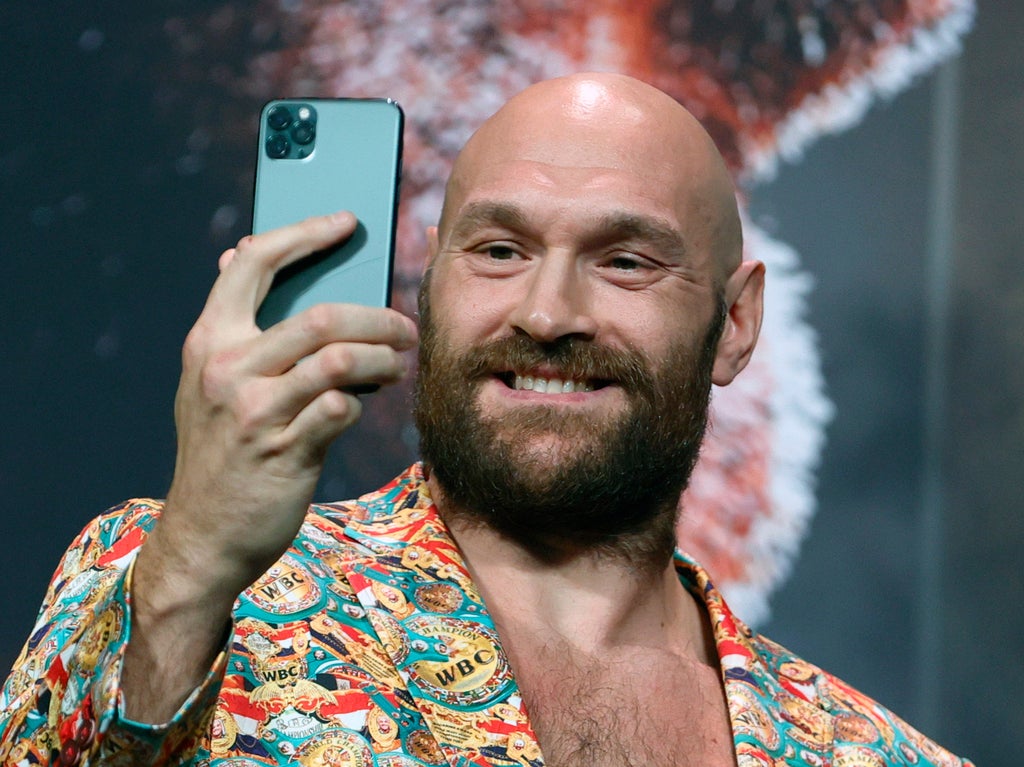 Tyson Fury has said he has been “terrorising” Jake Paul with social media messages ahead of the YouTube star’s boxing match against the heavyweight champion’s younger brother Tommy.

Paul, who is 4-0 as a professional boxer, will take on Tommy Fury (7-0) in Florida on 18 December, and the latter’s half-brother Tyson is helping to train his sibling for the fight.

“They think they’re little talkers, [Jake and brother Logan], but welcome to my world.

“I rule the talking world, me. Not pretend videos and stuff, actually like rule it.”

Insults were exchanged throughout the chaotic event, but Fury is confident that Tommy will be composed on fight night.

“I know how good Tommy is,” the 33-year-old said. “I’ve seen him knock people spark out in the gym every day. He’s a real banger.

“And when gets one shot on Paul, he’ll be kissing the canvas. Goodnight Vienna. Bye, bye.

“I want a big, old, dirty knockout like Tommy keeps talking about.”