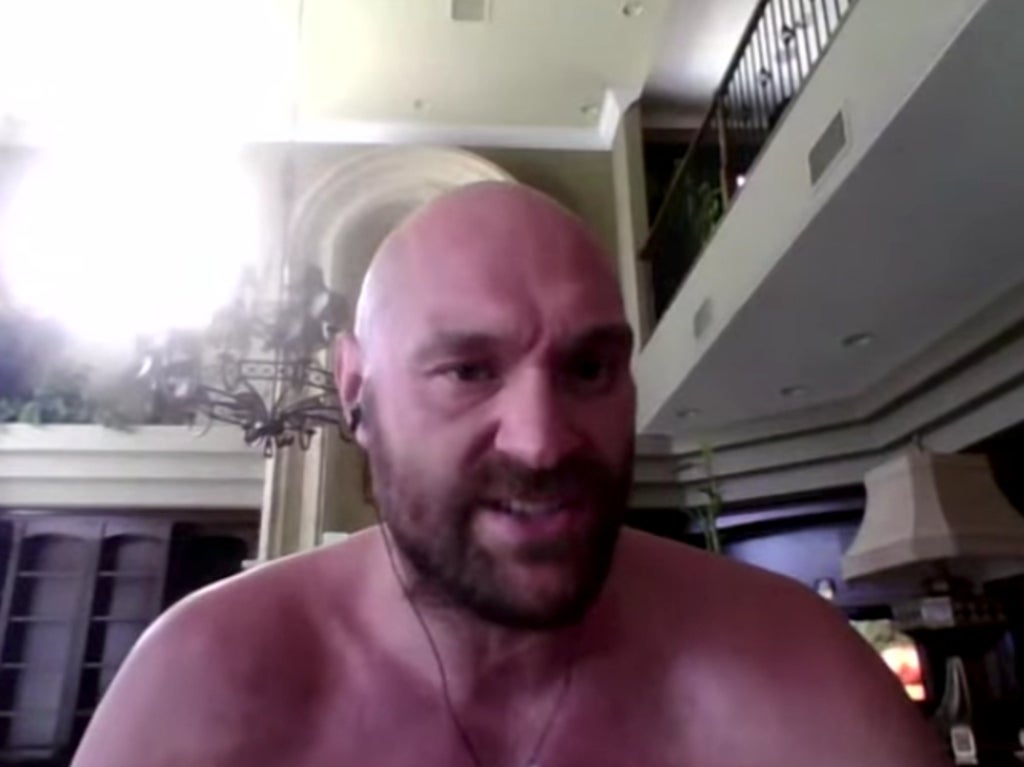 Tyson Fury has advised Anthony Joshua to “swing away” in his rematch with Oleksandr Usyk.

The WBC world heavyweight champion is preparing for his third fight against Deontay Wilder on 9 October in Las Vegas.

But after an all-British undisputed heavyweight title fight went up in smoke when Joshua was outpointed by the Ukrainian, Fury was left “wounded”.

But despite his disappointment after Joshua’s defeat, the 33-year-old has given his view on how his rival should adapt in the contracted rematch.

Fury said in a press conference: “Get stuck in, the best way he knows how, put his best foot forward and swing away!”

While Fury was also asked about who he would prefer to win the rematch with the expectation they will meet him following his third fight with Wilder: “I don’t care about anybody else, they’re not on my radar.

“Only the Bronze Bomber, he’s the most dangerous heavyweight out there. He’s the only man I care about beating.

“After him, promoters will do their job, and I’ll do mine. I will always fight, until there’s not a fight in me.

“Whoever the next challenger is, let me get through Wilder first, and then Sunday morning, we’ll talk. Quite frankly, I just don’t give a damn.”