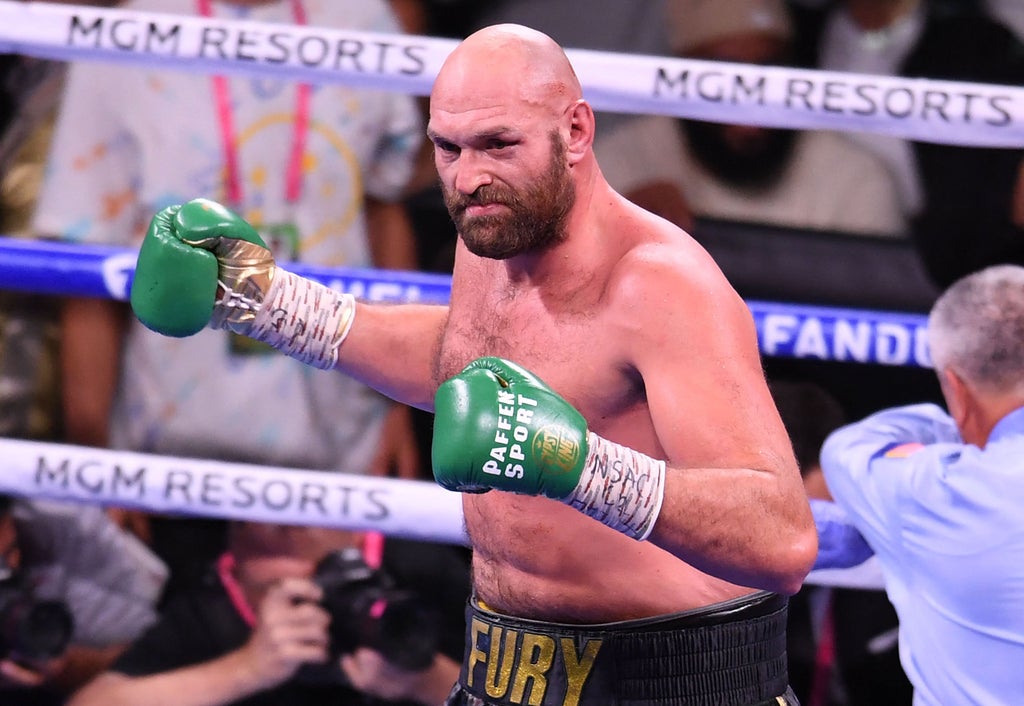 Frank Warren has backed Tyson Fury to “do a job” on Dillian Whyte if and when they meet in the ring.

Fury is weighing up his options after successfully defending his world heavyweight title against Deontay Wilder in Las Vegas last month.

Whyte, who beat Alexander Povetkin last time out, is set to be the mandatory challenger for Fury’s WBC strap setting up a clash between the two early in 2022.

And Warren, who is Fury’s co-promoter, is in no doubt who would prevail.

“I think he’ll do a job on him,” he told IFL TV. “I just look at the form line. I look at Dillian Whyte fighting Derek Chisora twice. I think the first fight Chisora nicked it, but the decision was given to Dillian,” he said.

“The second fight, Derek was winning that fight till Dillian pulled it out the bag and done what he had to do, which was a good finish and he did that.

Fury is on top of the world after three blockbuster bouts with Wilder with Warren impressed by run his fighter is on.

“It’s strange with Tyson, he’s like a 10-year overnight sensation. He’s done everything that’s been asked with him and he’s done it in different ways,” he added.

“When you look at what he did with Klitschko, it was an out and out boxing lesson in the other guy’s backyard.

“Then he’s been to the States now and beat, again, the man in three entirely different types of fights against Deontay Wilder.