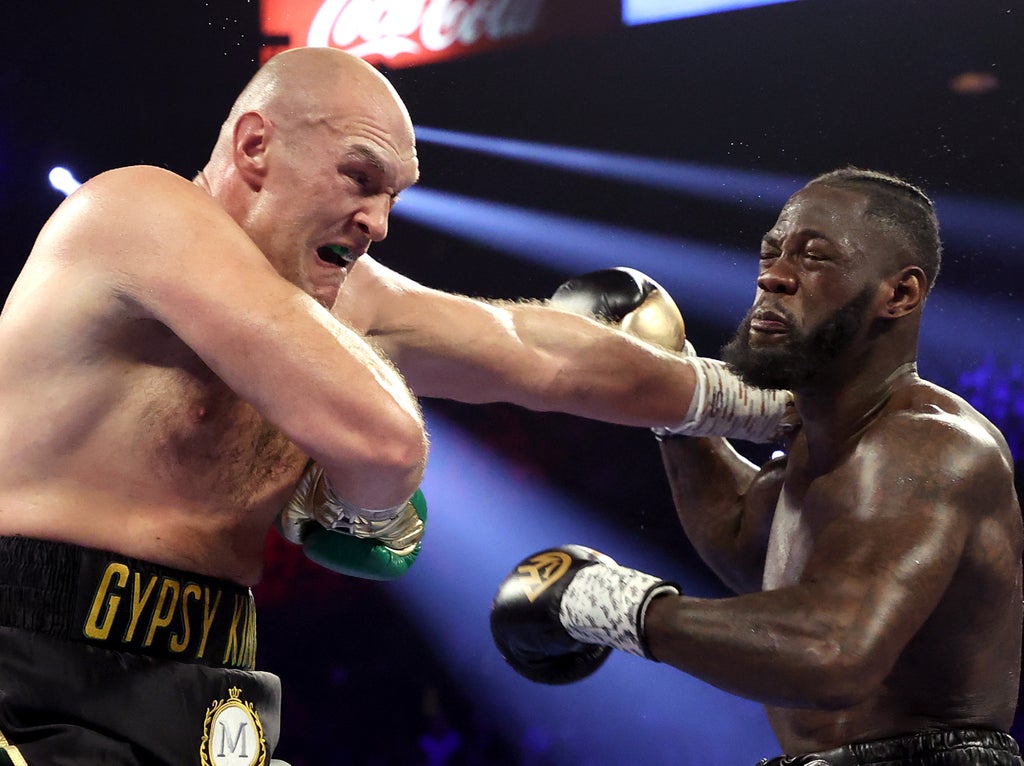 Tyson Fury has vowed not to make the same mistake as Anthony Joshua when he fights Deontay Wilder for a third time this weekend.

The WBC world heavyweight champion admitted he was “wounded” after seeing his rival drop his belts to Oleksandr Usyk at Tottenham Hotspur Stadium.

The defeat for AJ saw hopes of an all-British undisputed fight go up in smoke, but Fury is adamant he will not suffer an upset against the American.

“It was a disappointment to see Joshua lost his fight, but you have to give all credit to the other guy it was a superb gameplay,” Fury told The MMA Hour.

“It is only the third time someone has jumped up from cruiserweight to win a world title so he deserves credit where it is due. This is what happens when you look ahead to bigger fights, Joshua was probably looking at Usyk and thinking of Tyson Fury.

“But I won’t make the same mistake and look at Anthony Joshua, even if he had won I wouldn’t have because I know every opponent is dangerous especially at this level. It seems to me I could pick a bum out and he would fight the best he has ever fought to change his life.

“With Wilder he has got a lot to prove and a lot he has to accept things in his life, but he will be dangerous while it lasts.”

While Fury’s promoter Bob Arum commented on the possibility of Dillian Whyte, who is preparing to face Otto Wallin on 30 October, facing Fury as his next mandatory defence should they both come through their fights.

“I don’t know I haven’t spoken to Mauricio yet we will have to see,” Arum told IFL TV. “I assume you are talking about Dillian Whyte who is the number one contender.