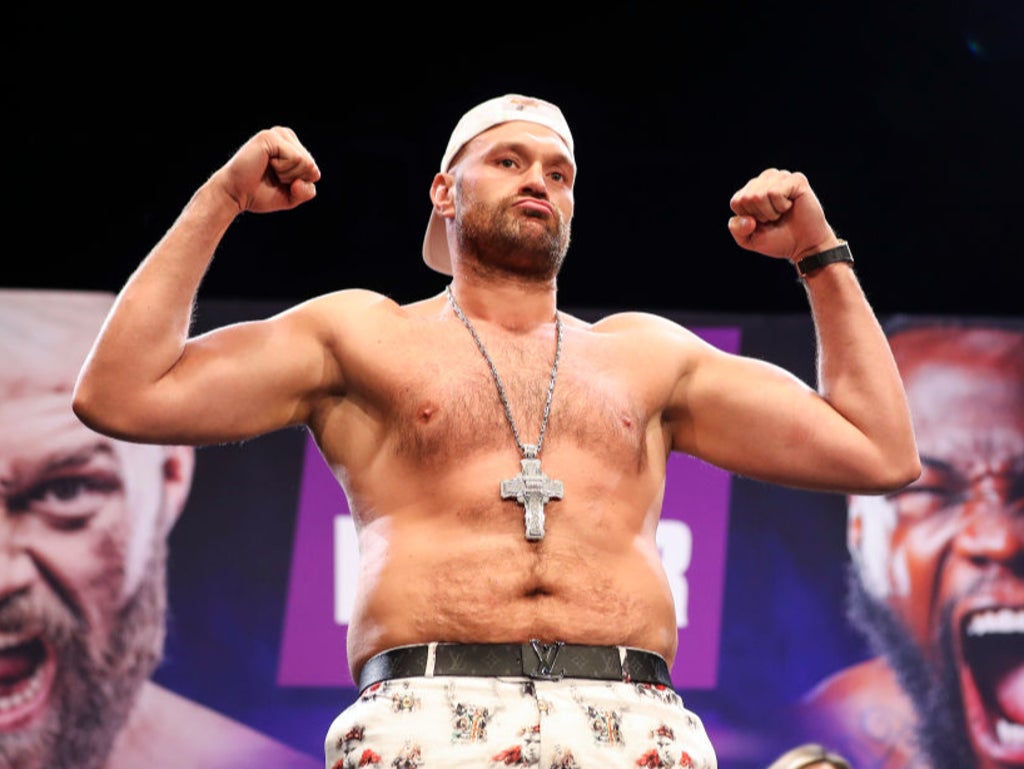 Tyson Fury has revealed he will be rooting for Anthony Joshua to beat Oleksandr Usyk in their world heavyweight title fight this weekend.

Joshua and Usyk will step into the ring at the Tottenham Hotspur Stadium in London as they clash for the IBF, WBA and WBO belts.

And Fury, who holds the WBC title, is keen for fellow Briton Joshua to come out on top against the undefeated Ukrainian.

He said: “I watch all the boxing fights, every single one that happens I watch so of course I’m going to watch a heavyweight championship fight, for sure.

“Do I want him to win? Definitely. Because it doesn’t make much sense in me beating Usyk up. I’d much prefer to beat Joshua up, it’s a bigger fight and people want to see it more.

“All them guys, big, same size and the same weight. He’s definitely a good fighter. If Usyk does win then he will cost us a few quid. Then again, we have lost plenty of money in the past so it doesn’t really matter, does it? There’s plenty to go around.”

Fury and Joshua were set to meet in an undisputed clash in the summer before an arbitrator ruled that Deontay Wilder had the contractual right to a trilogy fight with Fury.

And so the 33-year-old Briton will now face Wilder in Las Vegas on 9 October as they bid to put their rivalry to bed once and for all.

There is an expectation among those in the sport that the winner of Joshua-Usyk will face the winner of Fury-Wilder III next year.