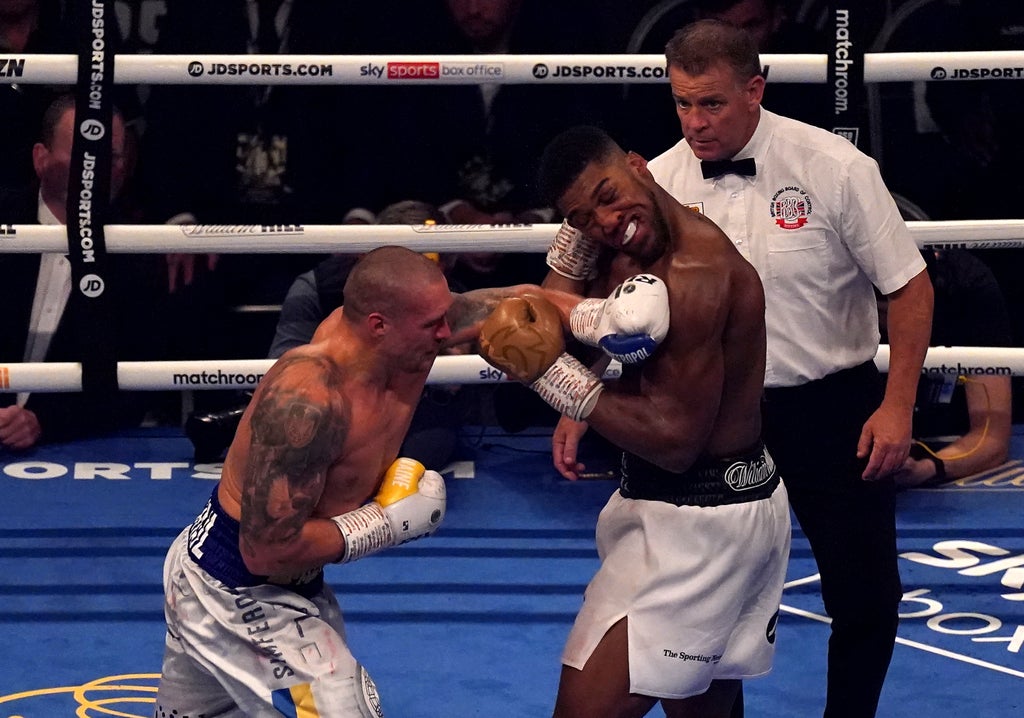 Tyson Fury says he was “absolutely wounded” by Anthony Joshua being defeated by Oleksandr Usyk.

Earlier this year it had appeared Joshua was set for an all-British showdown with Fury, the WBC champion, before before a court ruling in May saw the latter ordered to have a third bout against Deontay Wilder.

That contest, which had to be rearranged from July after Fury tested positive for coronavirus, is set to take place at Las Vegas’ T-Mobile Arena on October 9.

Regarding the Joshua-Usyk bout, Fury told a press conference: “Did I watch the fight? Yes I did.

“Was I absolutely wounded that he won? Yes I was. I was hoping Joshua could win the fight, but he couldn’t – and that’s none of my business.

“The only thing I’m bothered about is beating Deontay Wilder, and that’s the most dangerous heavyweight out there.

“In my opinion, Wilder beats Joshua, Usyk, all the rest of the division, comfortable – but he cannot beat me.”

Fury also said with regard to Joshua that he had “no interest in slating anybody or kicking anybody while they are down”, adding: “It ain’t my style.

“I like to pick on someone who is doing well, successful, on top of the game – I don’t like picking on people who are down and probably at their lowest point and probably mentally unstable and unwell with a big loss after such a long reign.

Unbeaten Fury (30-0-1, 21 KOs) – who fought out a controversial draw with Wilder in Los Angeles in December 2018 before beating the American with a seventh-round knockout in Las Vegas in February 2020 – was asked what advice he would give to Joshua for a rematch with Usyk in terms of improving against an opponent second time around.

And the 33-year-old said: “My advice to Joshua in the rematch is get stuck in the best way he knows how, put his best foot forward and swing away, Jack, swing away.”

Fury has no preference on whether he would rather face Joshua or Usyk after Wilder, saying: “I don’t care about anybody else – they are not on my radar, only the ‘Bronze Bomber’, aka the big dosser.

“After him, we will talk, the promoters will do their job, and I will always do mine.

“Never worry about the ‘Gypsy King’ fulfilling his end of a bargain – I will always f****** fight until there’s not a fight left in me. You just worry about the other people doing their end of the bargain.”

Fury vowed to “splash Wilder to bits” and said he was feeling “a million cent”, adding: “I’m in fantastic shape, fit as a fiddle.

“When I beat Wilder, I’ll be on to the next one, so on and so forth. It’s never about the opponent. It’s the Tyson Fury show until I hang those gloves up.

“There ain’t a man out there born from his mother that can stop me or beat me – I haven’t seen one yet anyway. Maybe he’s not born, or maybe he is but he hasn’t got the guts to come and fight me.”