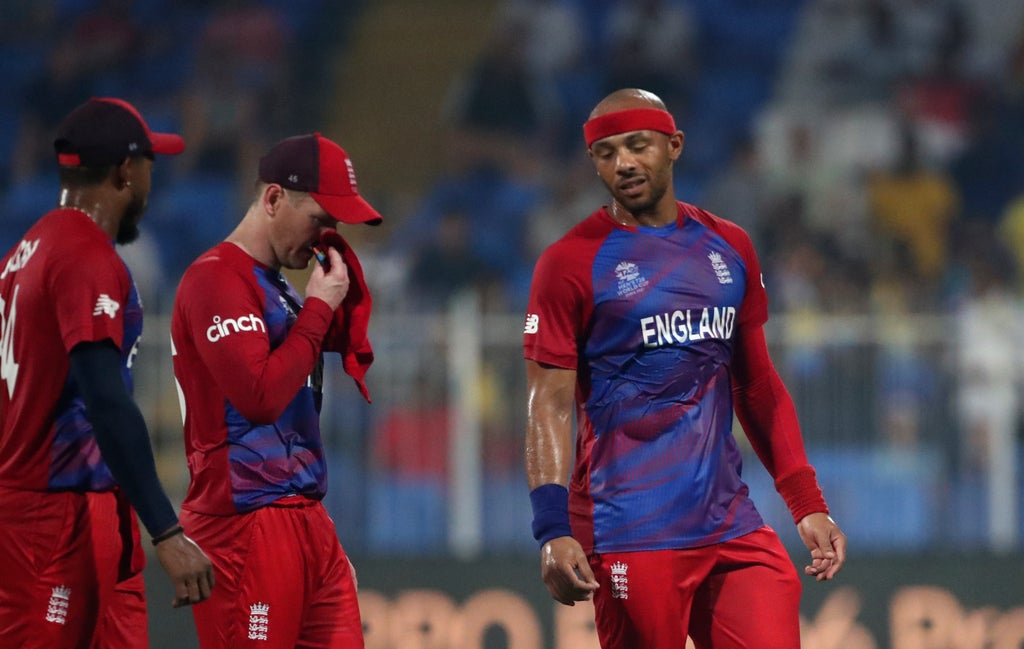 Tymal Mills faces a scan on a tight right quad in the next couple of days that will likely determine whether or not he is involved in the remainder of England’s T20 World Cup campaign.

Mills limped off the field during England’s Super 12s group match against Sri Lanka in Sharjah on Monday evening, having reached for his upper leg after abruptly pulling up in his delivery stride midway through his second over.

He was unable to return as Eoin Morgan’s side moved to the brink of the semi-finals courtesy of a hard-fought 26-run win and England say Mills will undergo a scan “in the next 48 hours to determine the extent of the injury”.

The left-arm quick will almost certainly miss the final group game against South Africa on Saturday but England do not need to take risks with anyone given their passage to the knockout stages is virtually assured.

England and Mills will be hoping the assessment highlights nothing major, with fellow bowlers Mark Wood and Tom Curran unavailable for selection in the four matches so far because of ankle and knee problems respectively.

England have left-arm options in David Willey in their squad while Reece Topley is among the travelling reserves but they will have their fingers crossed about a player who has impressed on his international comeback.

Mills made a heartwarming first England appearance last month against the West Indies in both sides’ tournament opener after more than four injury-plagued years away from the international arena.

He is England’s joint-leading wicket-taker in the tournament with seven scalps, with his subtle changes of pace making him an attractive option at the end of the innings, to help England to four wins from four matches.