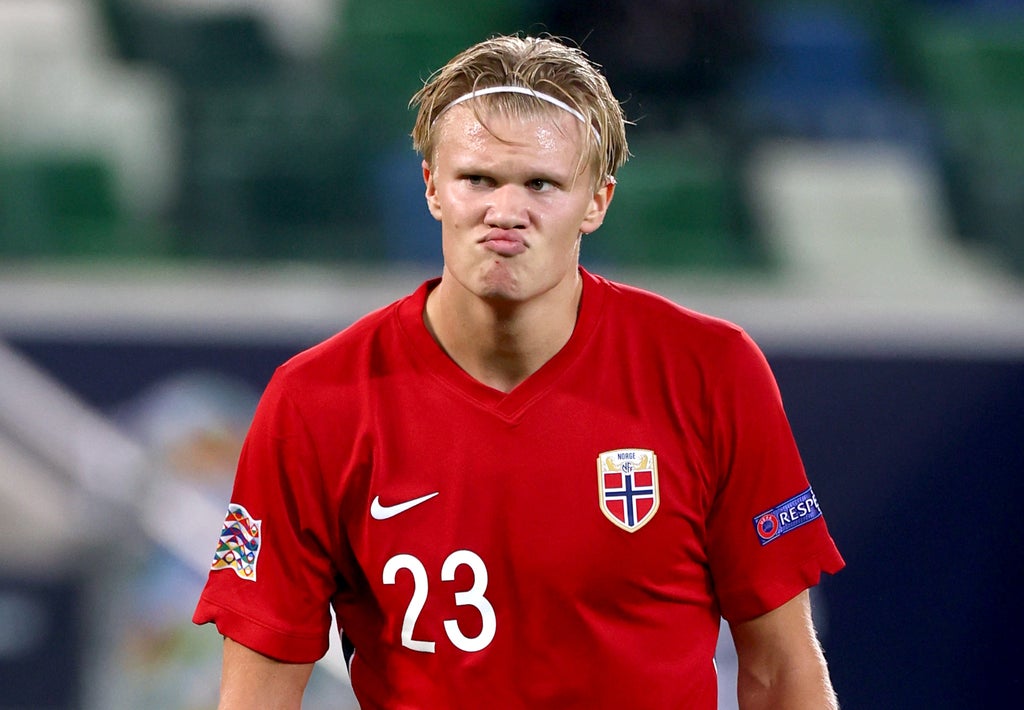 Talks between Manchester City and Erling Haaland‘s management are reportedly due to begin in January. The Times says the 21-year-old’s agent Mino Raiola will meet with City representatives to discuss bringing the striker to the Etihad in the summer. The Norway international is contracted to Borussia Dortmund until 2024 but his deal is understood to have a £64million release clause that can be triggered from 2022.

Staying at the Etihad, where The Sun reports Raheem Sterling wants to be given assurances about his future before talks continue with City. The England forward has started just four of 11 matches for the Blues this season, with the 26-year-old said to be concerned about time on the pitch as he moves into the final two years of his current contract.

Could a return to the Emirates be on the cards for Alex Oxlade-Chamberlain? Arsenal are interested in re-signing the midfielder from Liverpool following his north London exit in 2017, according to the Mirror, which reports the Reds will sell him in January if they can get the right price.

The Mail cites Spanish newspaper Mundo Deportivo as reporting Liverpool have commenced talks to sign Ousmane Dembele on a free transfer in the summer. The France winger, 24, is out of contract at Barcelona at the end of the current campaign.

Manchester United have become the latest club to express interest in Monaco talent Aurelien Tchouameni, according to the Express. The paper reports the Red Devils will compete with Chelsea and Juventus to sign the 21-year-old midfielder, who recently paired with United’s Paul Pogba for France against Spain in the Nations League final.

Sam Johnstone: The 28-year-old England and West Brom goalkeeper is being considered by Southampton, Tottenham and West Ham, according to Hampshire Live.

Clement Lenglet: Spanish outlet Sport.es reports the France and Barcelona defender, 26, is set to be Newcastle’s first signing since the club’s takeover.

Sergio Reguilon: The Express cites Defensa Central as reporting Real Madrid want to bring the Tottenham full-back, 24, back to the Bernabeu before next season.