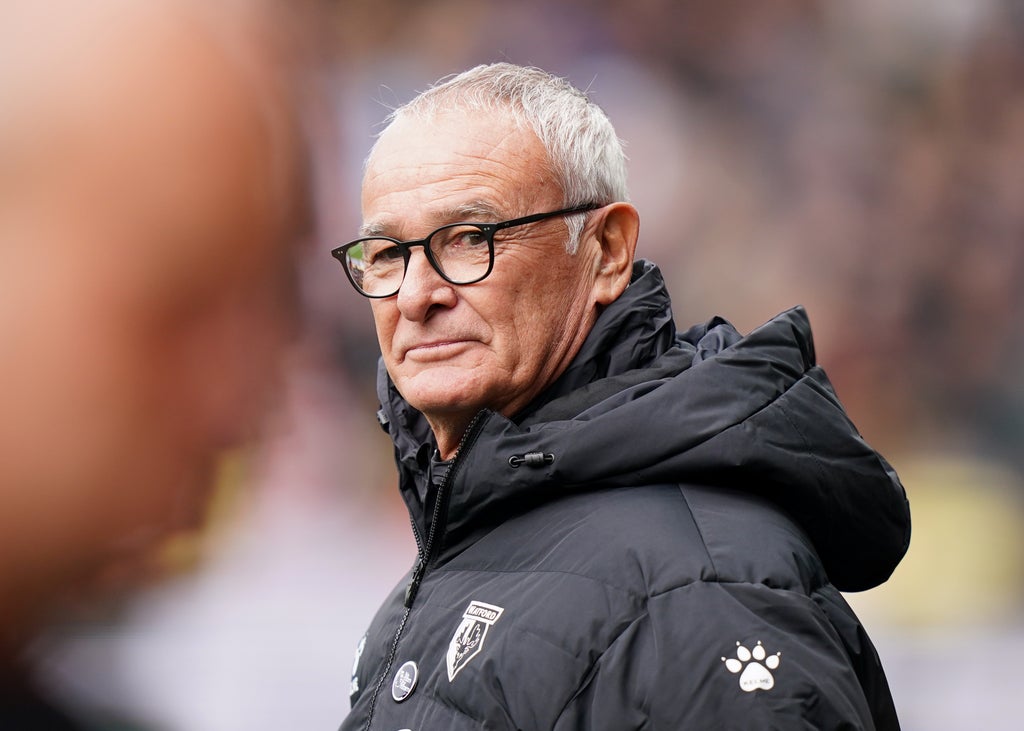 The Premier League returned this weekend following the international break.

Here, the PA news agency looks at five things we learned from the latest round of fixtures.

Liverpool manager Jurgen Klopp hailed Mohamed Salah as the best player on the planet after his superb performance in Liverpool’s 5-0 demolition job against Watford at Vicarage Road. The Egyptian set up Sadio Mane’s opener with an exquisite pass before he left Watford’s defence bamboozled with his second stunning solo effort in successive matches in the second half. Salah has found the net in all but one of his 10 appearances for the Reds this season – scoring in eight successive matches – and with Liverpool’s front three also in fine scoring fettle – Roberto Firmino netted a hat-trick – Klopp’s men are showing the form which saw them crowned champions in 2020.

Claudio Ranieri was handed one of the toughest first assignments imaginable on his return to the Premier League as his out-of-sorts Watford side entertained Liverpool. And the Hornets’ capitulation will provide the Italian with a reminder of the size of the task he faces at Vicarage Road. Watford managed just 23 per cent of possession and only two shots on target and have managed one victory from their last seven league outings. While it is harsh to judge the former Leicester boss on one match, the club’s trigger-happy owners will demand improvement, starting with next weekend’s trip to Everton.

Following Manchester United’s 4-2 loss at Leicester – which ended the club’s 29-match unbeaten run on the road – one bookmaker placed Ole Gunnar Solskjaer as the second favourite, behind Newcastle boss Steve Bruce to be sacked. The return of Cristiano Ronaldo appeared an inspired signing following his brace in United’s 4-1 thrashing of Newcastle at the beginning of September. But in United’s next seven matches they have won just twice, picking up only one point in nine in the Premier League to fall to sixth, five points adrift of leaders Chelsea. Former United defender and Sky Sports pundit Gary Neville does not believe Solskjaer will be given his marching orders but the Norwegian, in his third campaign in charge, will certainly face further scrutiny if his side’s fortunes do not improve.

Chelsea proving they can cope with pressure of title fight

Chelsea last won the Premier League title in 2016-17 but Thomas Tuchel’s well-oiled machine proved on Saturday they have the stomach for the title fight. Brentford have been one of the surprise packages of the campaign, but England defender Ben Chilwell’s third goal in as many matches for club and country secured three points for Chelsea to take them to the top of the table. The Blues displayed impressive mental strength to keep the Bees at bay. In their eight league matches so far, Chelsea have dropped points just twice – a 1-1 draw against Liverpool and 1-0 home defeat to Manchester City – and tricky wins on the road could prove decisive this term.

Landmark for Bruce but clock ticking on Toon tenure

Newcastle’s new Saudi ownership stood to applaud at the end of the club’s 3-2 defeat to Tottenham and perhaps the final match of Steve Bruce’s in charge. Bruce was spared the chop to serve his 1,000th game as a manager, but his time at the club looks increasingly likely to come to an end. The Magpies flew out the blocks with Callum Wilson opening the scoring after just two minutes. But Spurs were back on level terms through Tanguy Ndombele just 15 minutes later and from there, there was only going to be one winner. Newcastle are without a victory from their eight matches and Bruce is likely to be the fall guy.