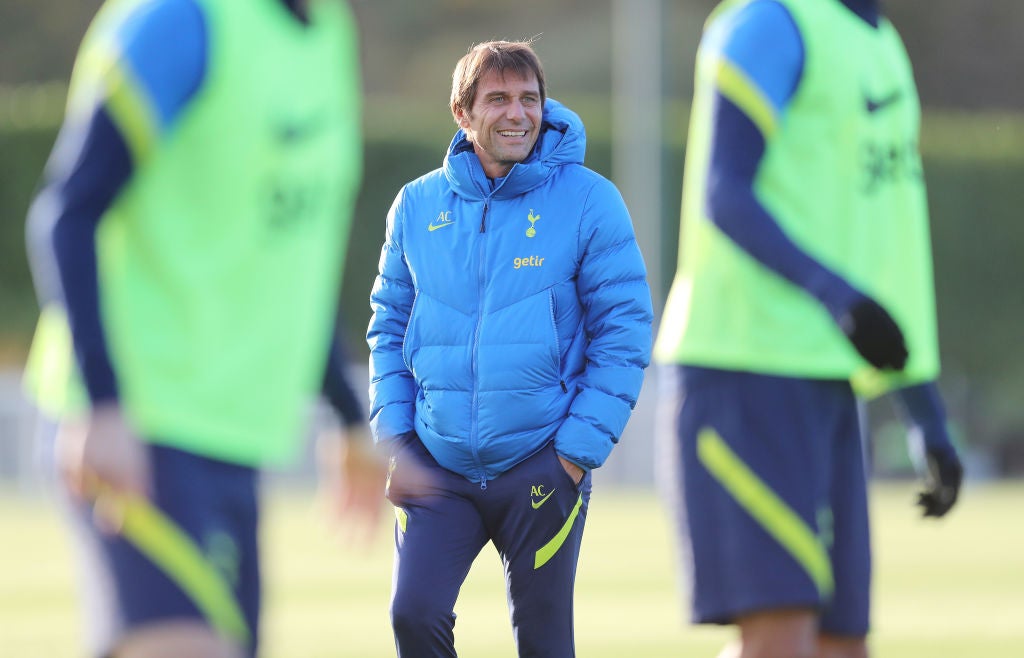 Antonio Conte wasn’t able to officially take training on Wednesday after being appointed Tottenham Hotspur boss as he was still awaiting a work visa – but he’s expected to be in the dugout for his first match against Vitesse.

Spurs need a positive result to give themselves a decent chance of progressing from the Europa Conference League group stage, where they are currently third in Group G after taking only four points from three games under Nuno Espirito Santo – including defeat against Vitesse last time out.

There’s no knowing what type of team Conte will put out for his first game in charge, but with just two matches to oversee before an international break interrupts his early progress, it’s a safe bet he’ll want to see as strong an outfit as possible and a positive result.

The north London side were abysmal against Manchester United in defeat at the weekend, which saw Nuno dismissed and Conte appointed in his stead.

The game kicks off at 8pm on Thursday 4 November at the Tottenham Hotspur Stadium.

The match will be broadcast live on BT Sport ESPN. Subscribers can stream the match via the BT Sport app and desktop website.

Bryan Gil has been absent of late with a muscle injury and Ryan Sessegnon is sidelined still, but Spurs should be otherwise able to call upon a full squad of players.

Vitesse midfielder Oussama Tannane has not been included in a matchday squad for over a month after a falling-out with head coach Thomas Letsch. Matus Bero was suspended for the Eredivisie match at the weekend but can play here if called upon – he hasn’t missed a minute in the group stage so far.

Antonio Conte’s first game and a team who were dismal last time out? It can only be a confidence-boosting home win to inspire hope in the fanbase. Spurs 2-0 Vitesse.