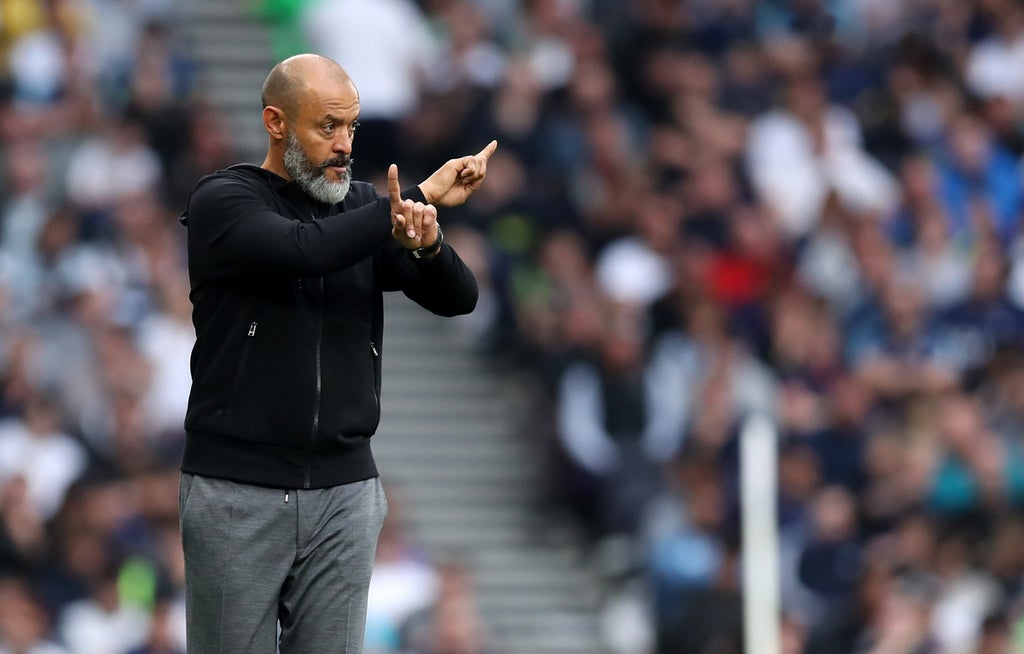 Tottenham Hotspur have ‘many problems’ to solve, manager Nuno Espirito Santo has said, after the club suffered back-to-back defeats in the Premier League.

Spurs were beaten 3-0 by Chelsea at the Tottenham Hotspur Stadium on Sunday and lost to Crystal Palace by the same scoreline the previous weekend.

The form of Harry Kane has come into question but while Nuno said he was not worried about the striker’s goalless start to the Premier League season, the Portuguese coach admitted there were several aspects of his team’s performances this week that have alarmed him.

When asked whether the problems at the club were new or if they were present when he arrived at the start of the season, Nuno said: “Problems is the situation, the momentum we are in.

“Problems is we concede goals from set-pieces, that we played the first half so good [against Chelsea] and were not able to sustain. So many problems that we have to solve.”

Spurs face a trip to Nuno’s former side Wolves in the Carabao Cup on Wednesday before they play Arsenal in the north London derby on Sunday.

Lucas Moura and Steven Bergwijn remain out with injuries, Nuno confirmed, but Japhet Tanganga is back from suspension while Davinson Sanchez could return following his period of quarantine.

Cristian Romero and Giovani Lo Celso returned to the Spurs side against Chelsea, along with Son Heung-min and Eric Dier who were thought to be injury doubts.

Thiago Silva opened the scoring in the 3-0 win with a header from a Chelsea corner after Nuno’s side had made a promising start against the European champions.