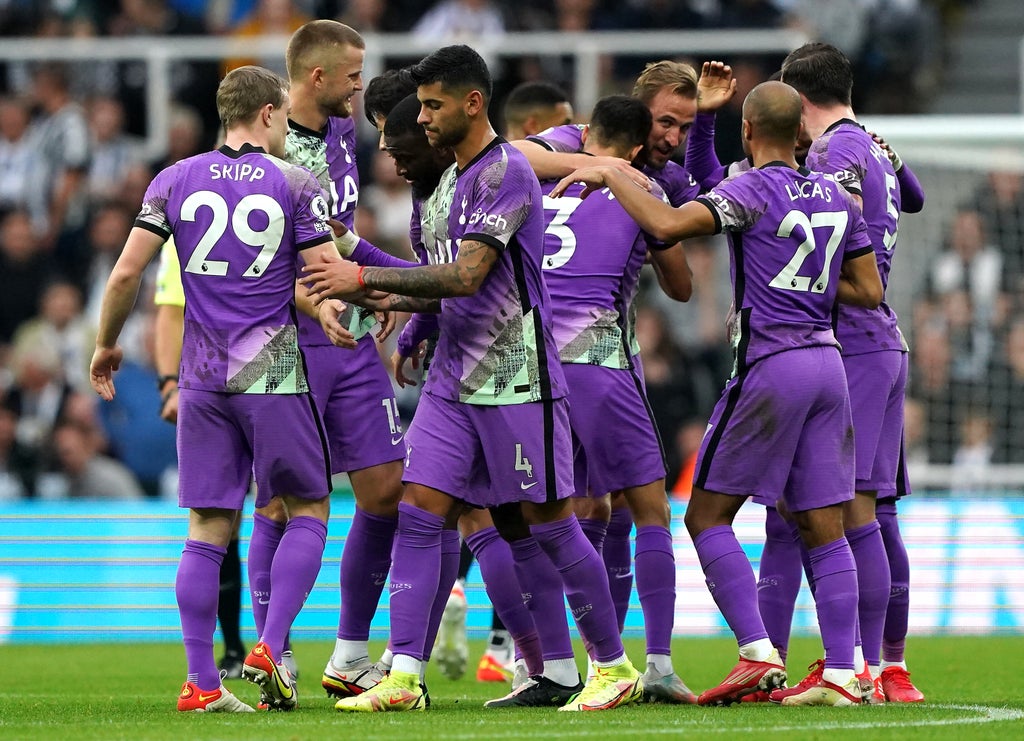 Harry Kane is ready to put Premier League European and international defences to the sword once again after belatedly opening his Tottenham league account for the season.

The 28-year-old England skipper had gone six games without a league goal at the start of the new campaign when he ran out at Newcastle on Sunday and he needed just 22 minutes to break his duck – with the help of a VAR review – in a 3-2 win at St James’ Park.

However, having managed nine for club and country before the trip to the north east, he insisted he never panicked and is confident he can add significantly to his tally in the weeks ahead.

Kane told Spurs TV: “Obviously, it’s nice to get off the mark. There’s always a lot of talk whenever I go a few games without scoring.

“I’m a man who wants to score in every game I play, of course, but I don’t panic when there’s a few games where I don’t score, so whether it’s Premier League, Europe, international, whatever it may be, I’m ready for every game and ready for any chance that comes my way.

“I think that was my 10th goal overall this season and hopefully I can add a few more in the coming games.”

Kane’s contribution could hardly have been more timely as Spurs passed a test of character by gatecrashing what was supposed to be a party on Tyneside.

The visitors were cast in the role of supporting artists in the first match under Newcastle’s new Saudi-backed owners, but took centre stage after a promising opening by their hosts.

Home supporters already in celebratory mood in the wake of Mike Ashley’s departure and anticipating exciting times ahead were off their seats within two minutes when Callum Wilson headed their side into a second-minute lead.

However, Tottenham’s response was concerted and inexorable, Tanguy Ndombele levelled in imperious style with 17 minutes gone before Kane turned the game on its head.

A medical emergency in the crowd prompted a 20-minute suspension, but on their return, the north Londoners cemented victory before a belated half-time break when Son Heung-min struck, and Eric Dier’s late own goal represented only a dent.

Back-to-back victories over Aston Villa and the Magpies will send Spurs into Thursday’s Europa Conference League trip to Vitesse Arnhem – and the league visit to West Ham which follows it – full of confidence, and knowing they have backbone as well as quality.

“We’re looking forward to the games ahead. It’s nice to win and get that winning feeling and hopefully we continue now in Europe in the week and then next week against West Ham.”