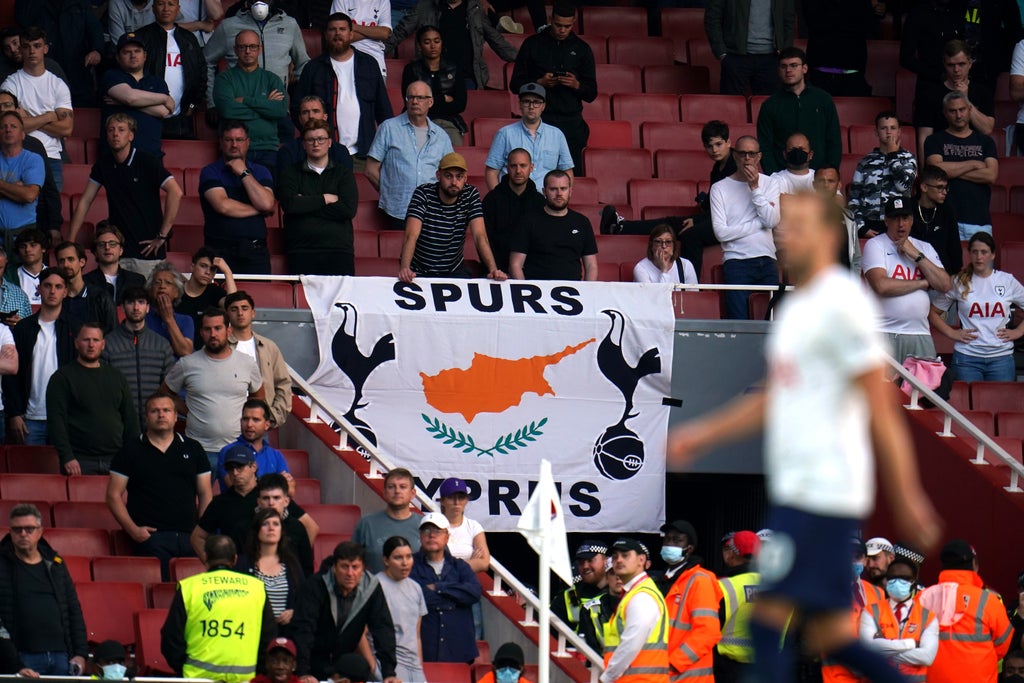 The Tottenham Hotspur Supporters’ Trust has criticised the club for failing to communicate effectively with fans.

The complaint comes after the organisation said the club rejected a request to discuss its concerns about Spurs’ direction.

THST issued a statement last week calling for senior Spurs figures to meet with it to explain the club’s “strategic vision”.

That came amid concerns about the team’s form and following certain off-field developments, including a protracted search for a new manager and a summer transfer saga involving captain Harry Kane.

A statement from THST read: “The club has decided it does not want to address the questions many fans are asking. It has declined to speak to the board of its official supporters’ trust.

“The recent missteps of the club’s board have been well-publicised and resulted in fierce criticism, not just from THST and other Tottenham fan groups, but from wider football authorities, the media and government.

“The mixed start to the season has led many to question the focus of THFC’s board, what its objectives are and how it measures progress.

“And while individual decisions on players and tactics are not within the Trust’s remit, it is our job to question wider strategy when performance on the pitch falls short.

“While we have continued to work with various heads of department at the club, the club board has refused to communicate, despite saying in public that its door remains open. Now our latest request for the club’s board to address legitimate fan concerns has been rejected.

“With the Government’s fan-led review into football governance about to publish its recommendations, the actions of the THFC board provide the evidence of why change is needed.

“The club board wants to choose what it talks about, when it talks about it, and who it talks to. It’s a stark example of the reality of grace-and-favour relationships, and it’s why we worked so hard to develop proposals that could bring real change.”

The club are eighth in the Premier League after a mixed start under new manager Nuno Espirito Santo who was appointed in June after the club were linked with several other candidates.