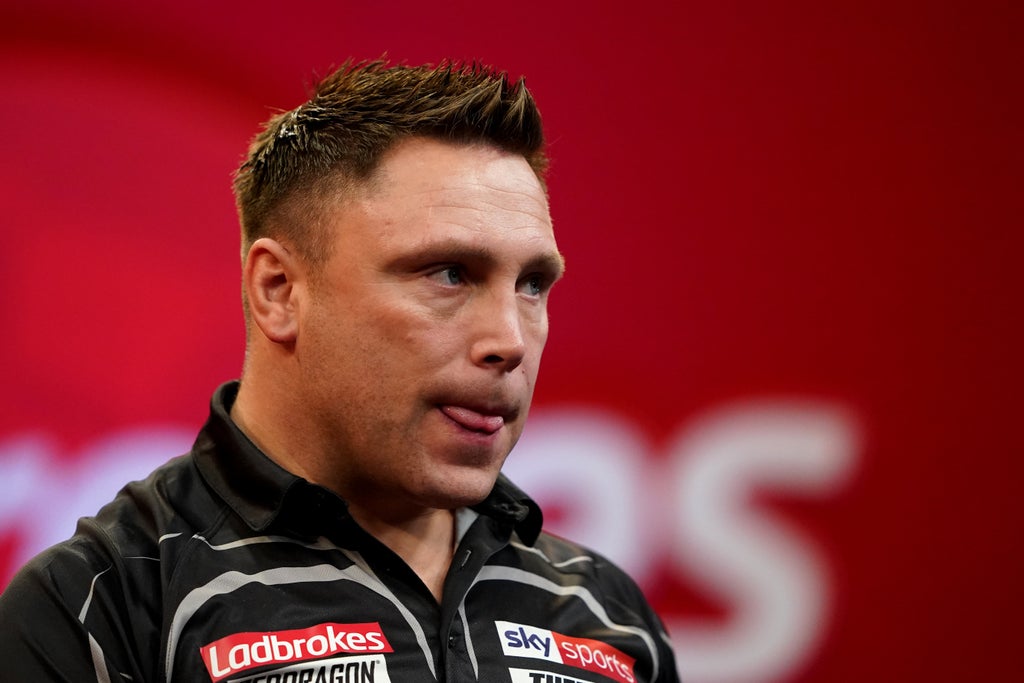 Top seed Gerwyn Price dug deep to come from behind and defeat Mervyn King 3-1 to secure his place in the quarter-finals of the BoyleSports World Grand Prix.

After Michael van Gerwen Peter Wright and Gary Anderson had all crashed out of the competition, the draw appeared wide open for world champion Price to successfully defend his title at the Morningside Arena.

Another upset, though, looked on the cards when King, the world number 21, wrapped up the opening set 3-1 with a 109 checkout.

The Iceman, though, kept his cool to square the contest before edging the third set in a deciding leg.

Having regained the momentum, Welshman Price never looked like relinquishing control as another break helped clinch the match, having thrown five 180s with an average of 93.19.

“When I lost the (first) set, I was beating myself up,” Price said on Sky Sports.

“I should learn not to do that, because I was playing pretty well for most of the game, and the main thing is I won. I had to dig deep.”

The Bullet took the opening set with a superb 132 – only for Wade, a two-time World Grand Prix winner, to level things up, almost landing a nine-dart finish.

Bunting, though, raised the bar again to win the third set 3-0, also going close to a perfect leg, before breaking Wade’s throw as he wrapped up victory which included three ton-plus checkouts.

“I felt really edgy and it showed on my doubles getting in tonight, so I am just happy to win that one,” said Bunting, who reached the semi-finals of the World Championship.

“I stayed an extra few days in Gibraltar with the family, and that really helped me, not really thinking about the darts, to help me refocus.”

In the first match of Tuesday night’s fixtures in the top half of the draw, Ryan Searle beat Luke Humphries 3-1 to book his place in the last eight, where he will play Bunting.

‘Heavy Metal’ continued his momentum with five maximums and some impressive check-outs – including a 170 finish in the fourth set – to see off Humphries, runner-up in March’s UK Open.

Tuesday’s late match at the Morningside Arena saw Dave Chisnall twice a Grand Prix runner-up, rally back from two sets down to defeat Ross Smith and set up a quarter-final against Price.

After looking in deep trouble from losing six out of the first seven legs, Chisnall rallied to take the third set 3-1, before closing out the fourth on double top to take the match to a decider.

A superb 130 checkout on the bullseye helped the eighth seed continue his fightback.

Chisnall eventually took the lead for the first time at 2-1 up to throw for the match – which he secured with a nerveless 135 finish.