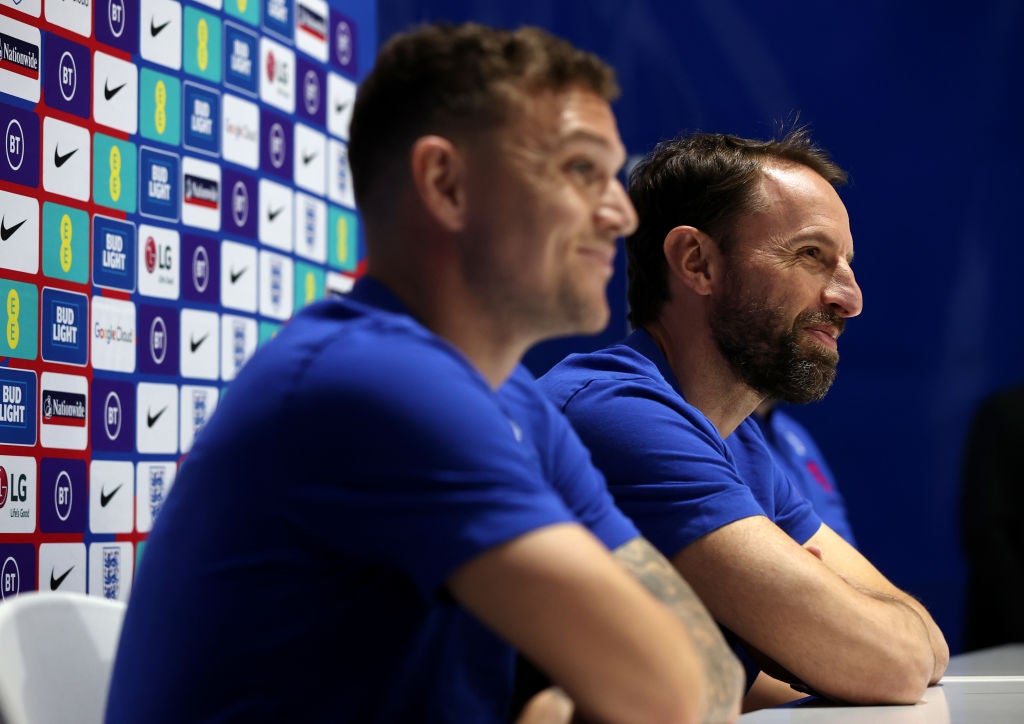 As Gareth Southgate reflects on the half-decade anniversary of his time in the England job, he makes a striking revelation. When he first started to pick squads, and call around, “there were several players that weren’t interested in coming”.

The squad’s joy at joining up is now one of his greatest sources of pride from this period in the job.

That even applies to an otherwise thankless match like Andorra away.

While the scenery is undeniably attractive, the game isn’t. Andorra are a much improved international side who are likely to make it as awkward for England as they did in the first half of the home game, but it is one of those where comfortable victory is an obvious expectation and anything less can bring criticism.

The players remain fully committed and ready to continue the approach that has driven this team for the past five years.

“We know where we want to go, we know there’s a World Cup around the corner,” Kieran Trippier said. “We have to come to places like Andorra… We’ve come here to win. We want to go to a World Cup. That’s the main objective. But everybody’s mentality is to win.”

Trippier is indicative of a more collegiate atmosphere in the squad, as he is no longer guaranteed a starting spot given the abundance of right-backs, but will on Saturday be captaining the side for the first time.

The Atletico Madrid wing-back will be leading the players out on to an artificial pitch, and admitted that can bring “different challenges”.

“At this level, I’ve only played once on a 3G, Lithuania away,” Trippier said. “It’s going to be different to playing on grass when you’re turning, because it’s going to be dry. But we don’t want to make any excuses. We want to come here to win.

“It’s a huge three points that we want, for our main objective: to qualify for the World Cup.

“When we cross that line, there’ll be no excuses. We’ll just get the ball down and play and try to play attacking football and win the game.”

Southgate did nevertheless sense a trend with artificial pitches.

“The game is slightly different,” he said. “The risk is you always play to feet – that would be an observation from matches I have seen on this surface and we have to make sure we play as much as our normal game as we can.”

That may mean requiring England’s trickier players, such as Jadon Sancho.

“We will need players who are good in one-against-one situations and able to take their opponents out of the game,” Southgate said. “We will also need players who can get in between the lines and manipulate things. That was the important factor at the end of the game at Wembley that finally got those areas opened up. It is a very specific challenge, the more we look back at that game at Wembley, to break down the way Andorra line up.

“That more of a 10 profile, rather than the eights for us, is needed in this instance. Wingers that can be good in the one v ones and players who could be good between the lines against that sort of defence. So there is absolutely no reason why, when we are talking about those attributes, Jadon has all of that and I think part of the challenge for him is adapting to a massive change. A change in a style, a change in the league, a change in the way training happens, a change in his profile, expectation.”

Most of all, though, Southgate wants to see attacking coherence. That is all the more important given the starting XI will likely be changed.

“It’s a specific sort of challenge and we’ve got to have, in particular in the attacking areas, the right sort of creativity that can break down this sort of opponent, and we’re very clear on the type of game it’s going to be, so there’s a need for that.

“There’s also, I think, a need for us to trust the players and trust the squad. We want to keep people feeling a part of it, and playing them in friendlies is one thing, but playing them in a World Cup qualifier, whatever the opponent, is still a very important game and it means that there’s responsibility if they’re playing.

“So we trust the group. We know that one or two would have liked a bit more football but there’s a lot of individual circumstances around that and little knocks at certain times or depths of squads at the clubs they’re at, and I’m sure as the season goes on they’re all gonna play lots of football.”

There will be another little historical marker for Saturday as Ukrainian referee Kateryna Monzul will become the first female official to take charge of an England international. She will be assisted by compatriots Maryna Striletska and Svitlana Grushko on the lines, with France’s Stephanie Frappart as VAR.

“It’s a very important moment for gender equality, absolutely,” Southgate added. “For us, it’s almost irrelevant. It’s the quality of the official that is important, not the gender. So we are looking forward to being a part of what is a special occasion.”

For Southgate and England, a fixture such as this certainly has a better feel than it would have done five years ago.