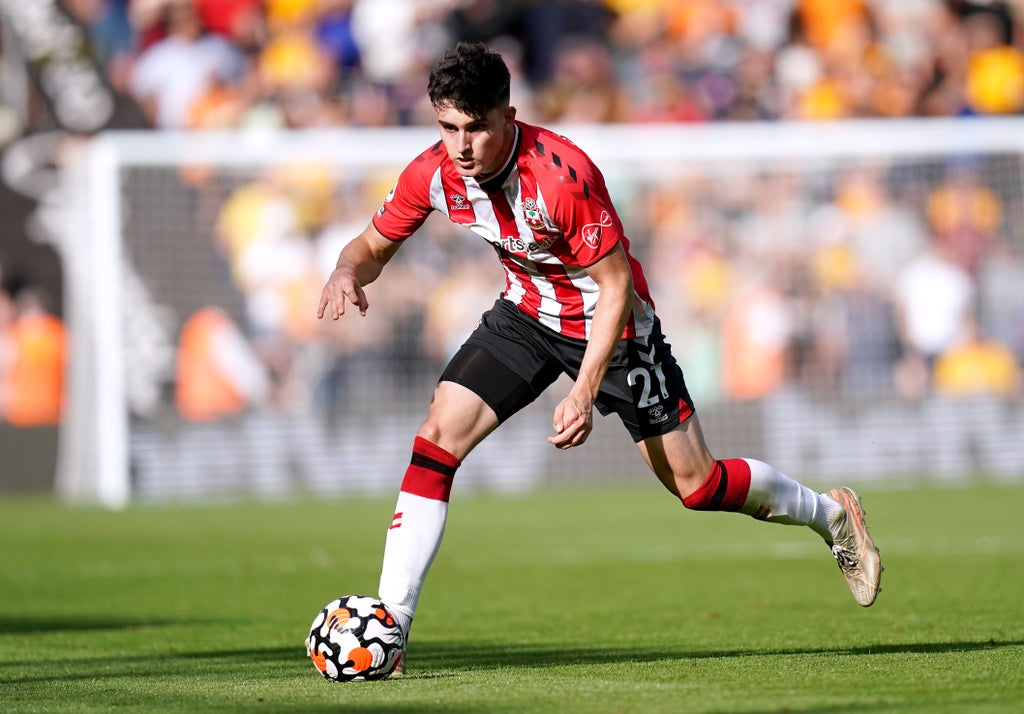 Tino Livramento was left with mixed emotions after claiming his first senior goal in Southampton’s 2-2 draw with Burnley.

The 18-year-old full-back headed in a corner from Nathan Redmond moments after his shot had come back off a post, to haul Saints level.

But Livramento had earlier been caught out when Maxwel Cornet nodded Burnley’s opener, and the Ivory Coast winger went on to secure a point for the Clarets after Armando Broja had fired Southampton ahead.

“I feel like the goal was coming,” Livramento told the club website. “In the previous games I got little half chances, and then obviously hitting the post.

“I obviously would have preferred if that one went in, but a goal’s a goal and I’m looking forward to helping the team with a few more goals moving forward.

“We worked on the set piece in training and Redders was told to put the ball into a certain area. I just got across my man and headed towards goal and luckily it went in.

“I kind of couldn’t take it all in because it happened so quickly, but a goal is a goal and I’m just happy to help the team.

“It’s a little learning curve for me individually, maybe letting my man get across me for the header for their first goal, but I’m just trying to learn and take everything in.”

Burnley remain in the bottom three and are still searching for their first win of the season.

Boss Sean Dyche admitted: “You haven’t got your first win so there are obviously a bit of nerves, although I didn’t think that affected us too much.

“We stuck at it while they had a good spell and the crowd got behind them.

“There are a lot of things that go on in games and how it pans out. Sometimes you can plan, plan and plan and it can still go against you.

“We are working very hard with the players to just detail it down and get back to winning performances.”