Thomas Tuchel was the coach who followed Jurgen Klopp into Borussia Dortmund so he knows plenty about the impact the man he calls ‘Kloppo’ can have on a club, a fanbase and even a whole country.

‘When he trained Dortmund, the whole of Germany loved Dortmund,’ said Tuchel with a smile on Friday. ‘So now he trains Liverpool and you have the feeling the whole country loves Liverpool.’

Tuchel and Klopp will meet at Wembley on Saturday afternoon for an FA Cup final that promises to deliver much. Their Chelsea and Liverpool teams have played three times this season and have been separated only once, by the 22nd of a remarkable set of penalties when Klopp’s team won the Carabao Cup in February. 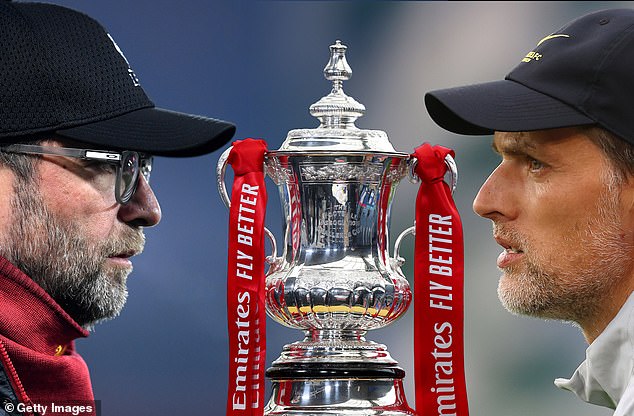 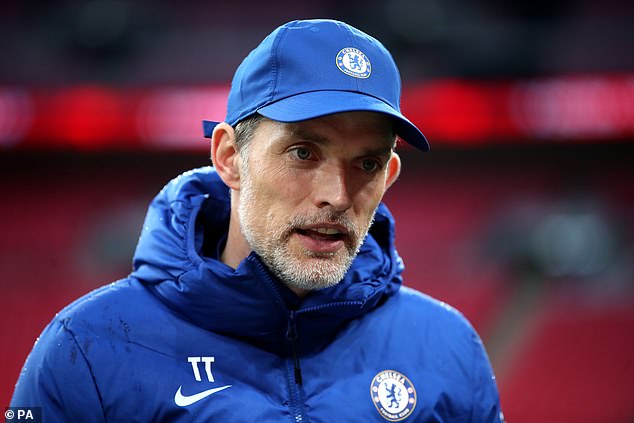 Speaking at Chelsea’s training ground on Friday, Tuchel carried the air of a man who is glad to have the chance of another go but there was also the theme of the week to consider.

Asked his opinion on Pep Guardiola’s strange recent assertion that everybody in the country supports Liverpool, Tuchel thought about it for a minute and then decided to dive straight off the high board.

‘There is a huge sympathy for Liverpool in the country. They work hard for it and no offence.’ 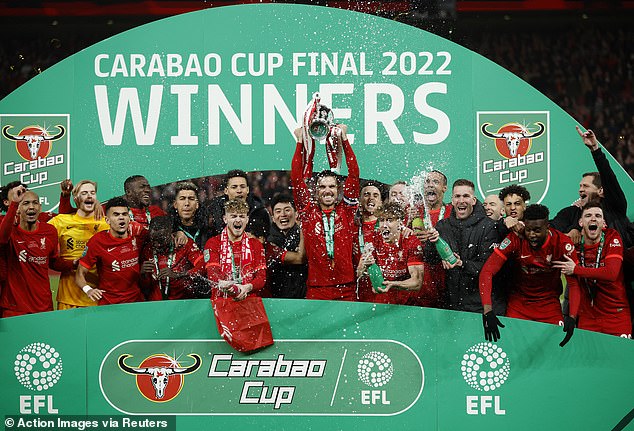 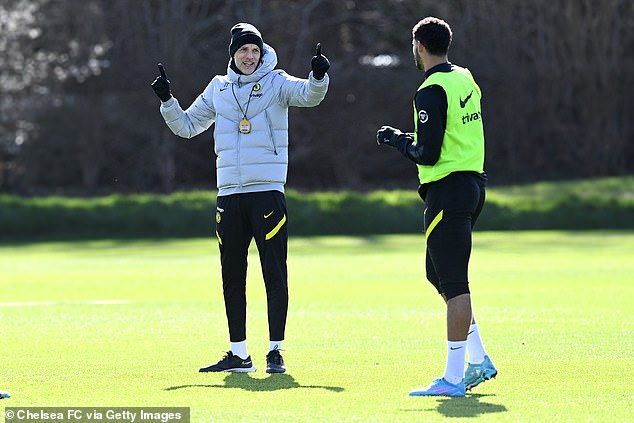 Guardiola’s comments came perhaps from a position of battle fatigue.

His Manchester City team have been locked in combat with Klopp’s Liverpool for some years now. But Tuchel has not managed to take his team quite to that exalted level of consistency yet.

He does not look quite as worn down by the sheer force of Klopp’s personality but that doesn’t mean he has no understanding of how things work.

‘But at the same time, I don’t think it’s only here. It’s in Germany like this and in France too. That sympathy for Liverpool is there, too. It’s everywhere.

‘I have friends in Germany, of course it is also because of Jurgen, but in general [they love] what this club stands for and how they run the business, and how the fans push their team.’ 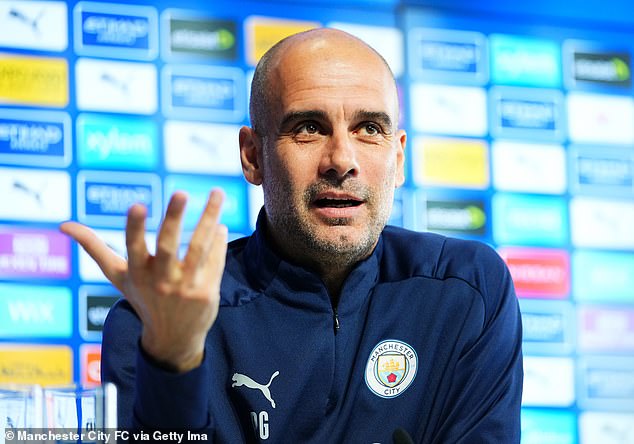 This has been a strange season for Chelsea, one they began as Champions League holders and will end as world champions.

In between, though, there has been the disappointment of a Premier League challenge that slid away over time, frustrations with their new centre forward Romelu Lukaku and, more recently, the sanctioning of former owner Roman Abramovich and all that has accompanied it.

And now to this. Another shot at Liverpool and another chance to win a competition Tuchel has always loved. Chelsea lost against Leicester in last year’s final and will begin as slight underdogs on Saturday. That may suit them more.

Asked if victory at Wembley would compensate for a relatively underwhelming league campaign, Tuchel said: ‘I have to say it would make up for it big time.’

He went on to lament the fact that the final is not being played in its traditional slot on the very last weekend of the domestic season.

It is nice to hear a foreign coach respectful of English football’s traditions and Tuchel was sincere. His team have an opportunity on Saturday, too. Chelsea would probably have won the Carabao Cup had it not been for wasteful finishing. 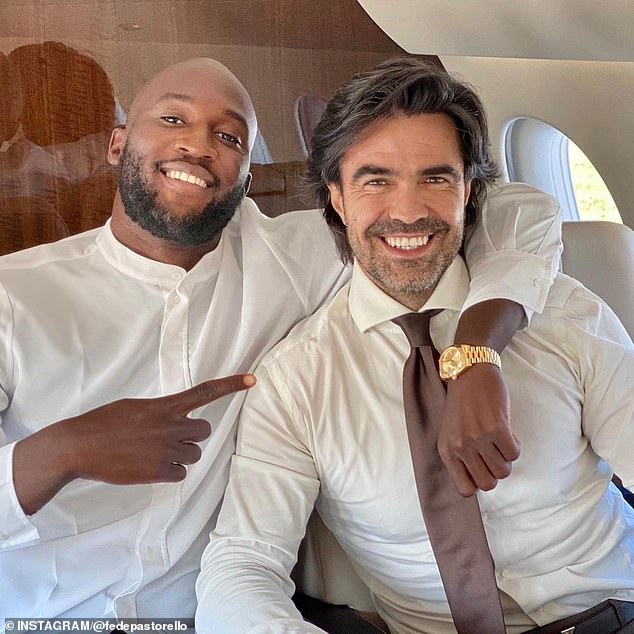 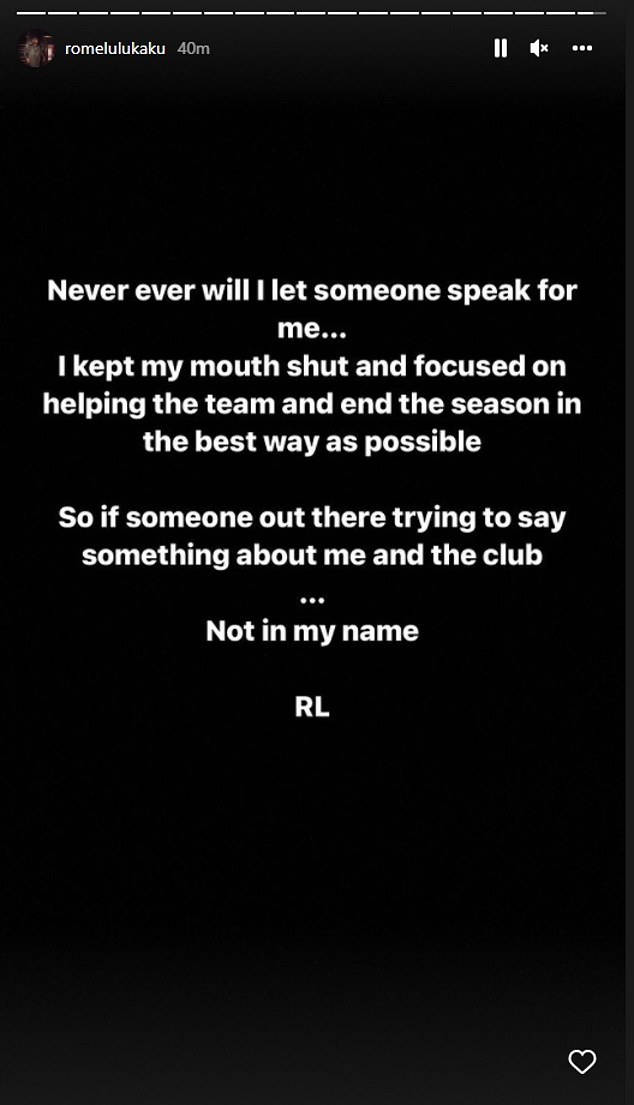 Lukaku was partly to blame that day and what appeared to develop in to a public argument with his agent on Friday will have done nothing for the Belgian’s state of mind. Still, though, Lukaku is expected to play as Tuchel seeks to exploit Liverpool’s high defensive line.

‘Liverpool do allow chances and we proved it with big chances in the Carabao Cup final,’ he explained. ‘But it’s their approach. They are the team who put other strikers of other teams into offside by far the most.

‘So it’s not easy to counter. You need the connection between the guy with the pass and the guy who receives it. But, like always, you can find solutions if you have a perfect day. We are hoping for it tomorrow.’

Liverpool’s biggest problem on Saturday may be their own sense of fatigue. Given their recent schedule and all they still have to play for, there simply must be some.

As for Chelsea, they know what they face. On the touchline, so does Tuchel. Asked if he sees Klopp’s face when he closes his eyes at night, he laughed.

‘When that happens, it’s time to stop working,’ he said. Equally he understands the nature of the opponent.

‘He does it all the time. That’s also where the sympathy comes but there’s nothing to be jealous of from my side.

‘Kloppo is a fantastic guy, funny guy, one of the very, very best coaches in the world and this is what you deal with when you play a team against him. It’s always like this but it’s always the fun part – and if we are the bad guys tomorrow then no problem.’