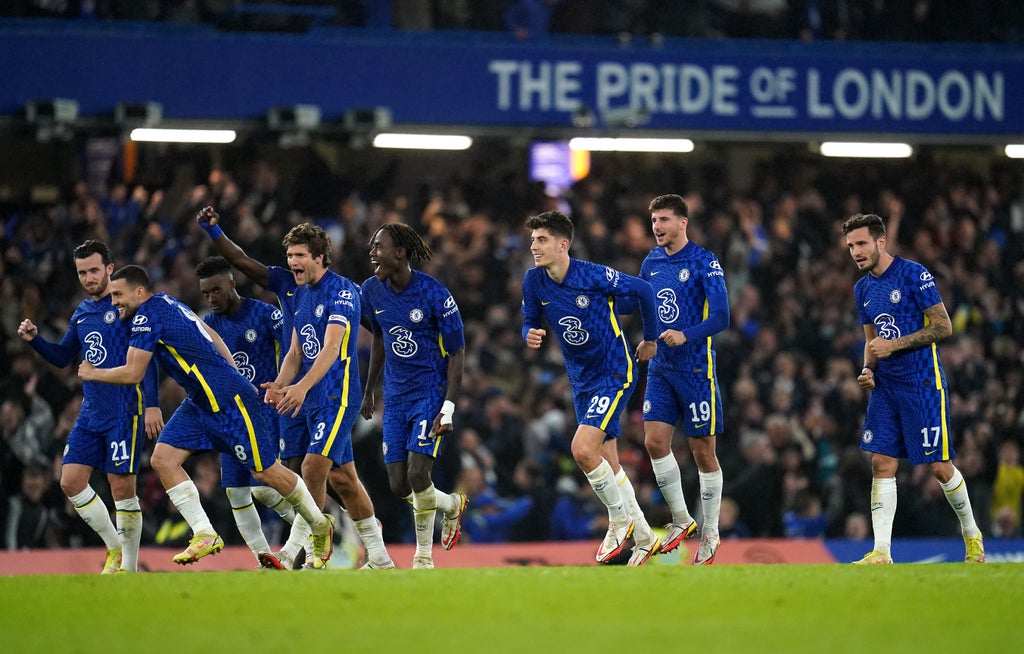 Thomas Tuchel was pleased Chelsea were able to overcome some last-minute changes to team selection to edge past Southampton following another penalty shoot-out in the Carabao Cup.

The Blues required spot-kicks to see off Aston Villa in the previous round at Stamford Bridge and it was the case again in the last-16 after Che Adams’ tap-in cancelled out Kai Havertz’s 44th-minute opener.

Both sides had chances to grab a second but penalties were required and although Mason Mount was denied from 12 yards by Fraser Forster, Theo Walcott and Will Smallbone fired off target for Saints to ensure Chelsea progressed by a 4-3 score.

After Tuchel saw Cesar Azpilicueta Andreas Christensen and Ruben Loftus-Cheek ruled out a day before the fourth-round tie, he was happy to reach the quarter-finals.

“We had some last-minute changes because three potential starters got injured in training so it was not planned like this and not so many options from the bench,” he said.

“We knew it was the first time we played together like this and things would be tough against a team who put so much pressure on you like Southampton and that was the way it was.

“It was a nice match of football, good performances by both teams and a tough match but in the end we win with a penalty shoot-out.”

Tuchel expects Azpilicueta (shoulder) to be fit to face Newcastle at the weekend while Christensen is set to return to training on Thursday following surgery on his tooth.

Meanwhile, Loftus-Cheek reported some discomfort in his hip on Monday which meant Saul and Ross Barkley got the nod but it was Havertz who grabbed the opener a minute before half-time having failed to net in the 7-0 thrashing of Norwich.

The German had seen one earlier effort whizz past the post before another was tipped over by Forster but his header from Barkley’s corner in the 44th minute found the net to take him up to three goals this season.

Southampton responded straight after the break when Adams tapped home after Kyle Walker-Peters had been denied and despite late pressure from the visitors, it went to penalties where Chelsea came out on top to secure a place in the last eight.

Tuchel added: “Every competition is an important competition. We don’t want to judge what is more or less important.

“When you go out and wear the shirt and prepare matches we play all in. No matter what competition because this is what the club is all about and what the players want.

“There is no judging. Players get their chance and used it. The problem is we have another match now in December which is pretty full.”

Southampton boss Ralph Hasenhuttl made nine changes from the weekend draw at Burnley and praised his players.

“It was a superb intense game and we had five subs which was perfect. It gave us the chance to get to penalties,” he insisted.

“We have done everything we could today and it was a fantastic game to watch for everybody in the stadium.

“It was a thriller and a typical cup tie. We wanted to give them a tough evening and we did, I think. It is a pity we couldn’t take the win but I am very proud of my team. Everyone did a fantastic job.”