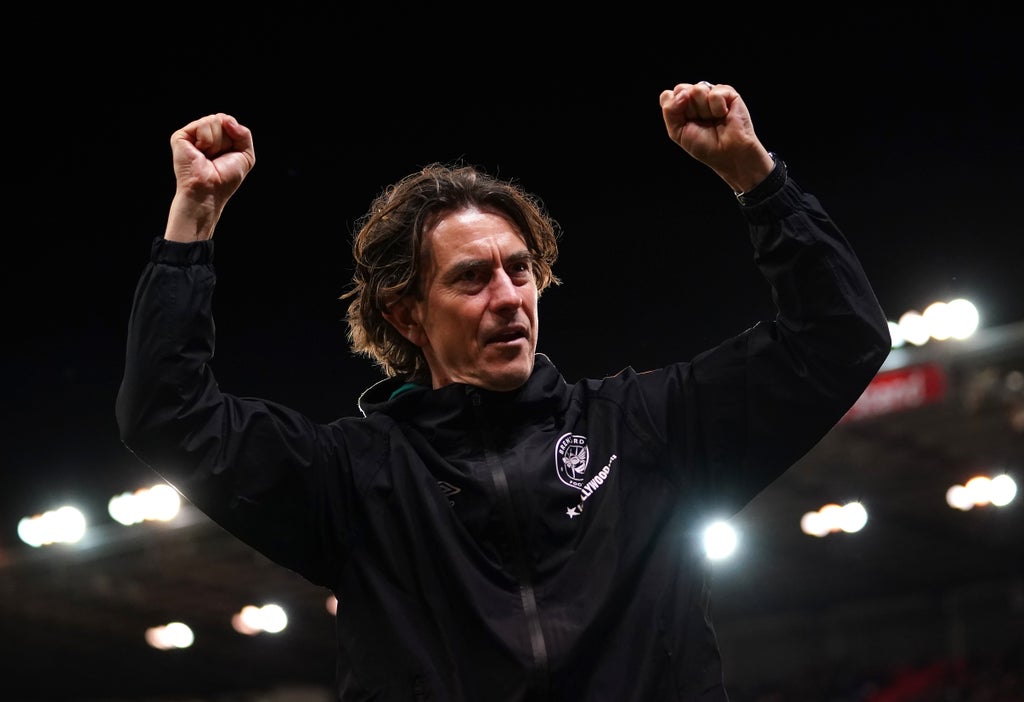 Sergi Canos struck the opener in the 22nd minute having been set up by Ivan Toney who then added a second with a 40th-minute finish.

Former Brentford man Romaine Sawyers pulled a goal back for Stoke in the 57th minute but the Championship side were unable to find an equaliser to force penalties.

The Bees, whose starting XI showed eight changes from Sunday’s Premier League defeat to Leicester advanced to the quarter-finals for a second successive season, having reached the semis last term.

Frank said in his post-match press conference: “I was very pleased. I think it was actually a very impressive first half.

“I’m pleased with the attitude, the discipline, the intensity.

“We played with very good intensity in our pressure, we created chances and we scored two really good goals – so first half, bang on.

“Second half, I think at first (Mathias) Jensen needs to score the big chance after five minutes.

“They score, (then it’s) probably a little more scrappy, a little more second-ball game. We handled that well because we gave nothing away, and we still created three or four big chances. I think it was a massive win.”

The closing stages saw Toney and Brentford substitute Tariqe Fosu-Henry both thwarted by Joe Bursik saves, and Frank added: “I said to Ivan and Tariqe ‘do you want to give me a heart attack?’ Because they could both have ended the game.

“But it was in the end a well-deserved win. I’m very pleased.”

While Brentford celebrated a return to winning ways following back-to-back league defeats to Chelsea and Leicester, it was also a first-ever away victory over Stoke in their history.

Meanwhile, the Potters – victors at top-flight Watford in round three – saw their losing streak continue, having suffered three successive defeats in the Championship heading into the tie.

Boss Michael O’Neill, who made five changes to his starting line-up, said: “We were very disappointed with the performance first half.

“We got penned in by Brentford, whose pressure was excellent, but we made poor decisions in terms of how to get out, and then we were too passive I thought.

“The nature of the two goals was very poor to lose, and we didn’t have enough belief really in ourselves to take the ball and play and get ourselves up the pitch with any real quality on a regular basis.

“Second half we had a lot of territory, the ball was in their half a lot, we got the goal back, it was a good reaction.

“We had strong words at half-time and to be fair to the players they gave us a good reaction, and we just couldn’t force the second goal and try to take the game to penalties.”